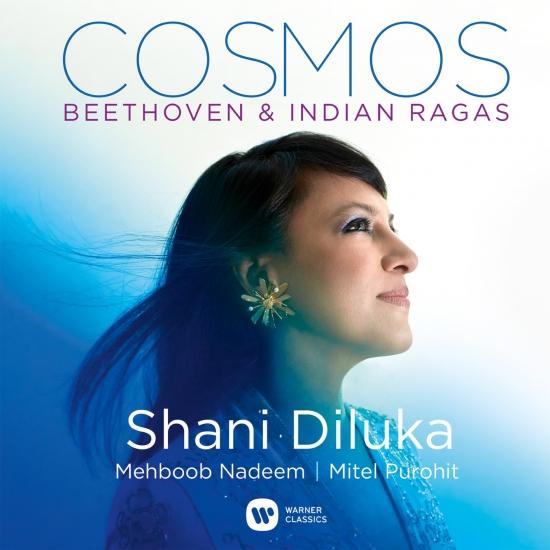 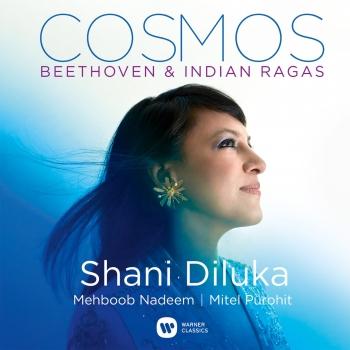 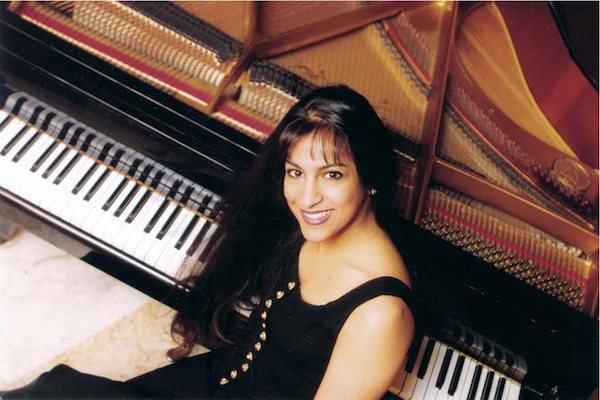 Shani Diluka
As an “exceptional” performer (Figaro) blessed with a “winged virtuosity” (Classica), Shani Diluka establishes a bridge between the East and the West. Born in Monaco of Sri Lankan parents, she came to notice at the age of six thanks to a programme set up by Princess Grace of Monaco and was then chosen to take part in a specialised programme at the Académie Prince Rainier III in the Principality. She later entered the CNSMD in Paris, where she won a first prize, with the unanimity of the jury, after being advised by B. Rigutto, G. Pludermacher, M.-F. Bucquet and J. Chaminé. During this period, her meeting with Leon Fleisher philosophically and definitively marked her career. So it was that during her post-grade course, she met Maria Joao Pires, Menahem Pressler and Murray Perahia, all three of whom invited her to work with them. Other encounters were to follow in 2005, when she joined the Fondation de Come, presided by Martha Argerich.
As a soloist invited by a large number of orchestras – the Orchestre de Chambre de Paris, the Orchestre Philharmonique de Radio France, the Sinfonia Varsovia, the Orchestre Philharmonique de Monte-Carlo, the Orchestre National Bordeaux Aquitaine, the Royal Court Orchestra of Sweden, the Bremen Philharmonic Orchestra, the Freiburg Symphony Orchestra, the Tonkünstler Orchestra of Vienna, the Kyushu Symphony Orchestra of Japan, etc., she has worked with such great conductors as Lawrence Foster, Vladimir Fedosseïev, Ludovic Morlot, Eivind Gullberg Jensen or Gábor Takács-Nagy. A guest artist in major venues, Shani Diluka has given recitals at the Concertgebouw in Amsterdam, the Teatro La Fenice of Venice, the Sala de Sao Paulo, the Arsenal de Metz, the Philharmonia of Bucharest, the Auditorium of Radio France, in Tokyo, where she opened the Folle Journée, or else closed the Festival de Verbier, at the Théâtre des Champs Elysées (a Jeanine Roze production), the Konzerthaus of Vienna, the Zubin Mehta Foundation, the Mozarteum in Salzburg, the Ravinia Festival in Chicago, the Schubertiades in Austria, La Folle Journée de Nantes, in Russia and Japan, the Roque d’Anthéron, Festspiele Mecklenburg-Vorpommern, or La Philharmonie de Paris...
Her career has been enriched by collaborations with such soloists as Natalie Dessay, Karine Deshayes, or Michel Portal, the composers W. Rhim, K. Beffa or B. Montovani whose Cinq pièces pour Paul Klee she premiered, but also with big names of the cinema including Sophie Marceau, Gérard Depardieu, Hippolyte Girardot or Charles Berling. As a lover of chamber music, Shani has also been a regular partner of such renowned quartets as Ébène, Ysaÿe, Prazak, Modigliani, or Belcea.
Given that transmission is one of her main preoccupations, she has produced several record-books aimed at a young public with the publishers Didier Jeunesse-Hachette, La Dolce Vita or Radio Classique.
Her solo recordings of Beethoven, Mendelssohn, Schubert and Grieg have won a large number of awards (Choc de la Musique, RTL d’Or, Choix d’Arte, de Mezzo, Japan Vogue, 5 Diapasons, Gramophone, Fanfare USA, Diapason, Musikzen, Arena Award Japan...). Furthermore, she made the official recording for La Folle Journée 2014, with the avant-garde American music, “Road 66”, as well as the “Symphonie des Oiseaux”, and more recently Beethoven’s complete pieces for cello and piano with Valentin Erben from the Alban Berg Quartet: all of these original projects have come in for considerable critical success.
Devoted to the heritage connection between C.P.E. Bach and Mozart, she releases 2019 by Mirare Concerto Wq23 by Carl Philipp Emmanuel Bach with the Orchestre de Chambre de Paris, conducted by Ben Glassberg. This album project, using historical and modern pianos, in collaboration with the Fondation Royaumont receives international recognition and 4FFFF Telerama. She saw in the same time, the publication of her first collection of poetry with Editions Art3, which was included in the short list of Académie Française awards.
Among her future projects, Shani created a “Cosmos” programme around the links between Beethoven and Indian music, whose mysticism historically inspired the Viennese composer. This project will lead in 2020 to major venues such as Theatre des Champs Elysées for Beethoven celebration year and a unique recording. Here sense of building bridges will lead her to a special recoding project with Carl Craig for 2021 creating historical link between Electro and minimalists composers. Her career is crowned this season 2020 by signing an exclusive worldwide contract with Warner Classics and being the first south Asian Artist to join the legendary catalogue as exclusive Warner Artist for different exciting recording projects.