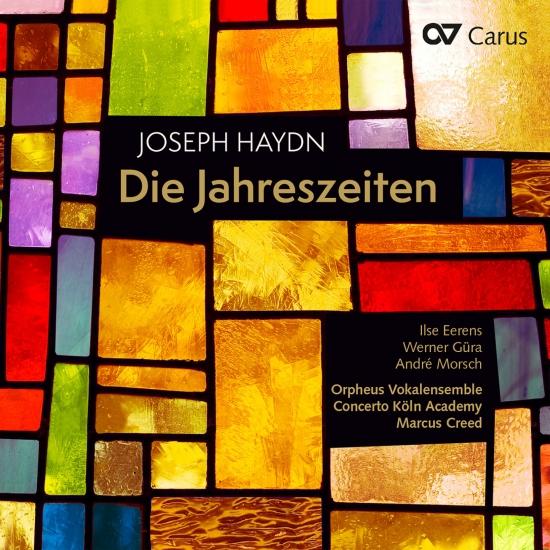 Joseph Haydn’s oratorios Die Jahreszeiten [The Seasons] and Die Schöpfung [The Creation] are closely intellectually connected with each other: whilst The Creation paints a picture of the world coming into existence, The Seasons is about its existence and the cyclical growth and decay of nature over the course of a year. With its powerful depictions of nature, this musical journey through the year is one of the most popular compositions by the Viennese classical composer. In many respects, Haydn’s late work The Seasons follows on from formal elements in The Creation, but he continues these in independent, innovative ways, and draws on the full range of compositional effects. Conducted by Marcus Creed, this recording with the Orpheus Vocal Ensemble, renowned soloists, and the musicians of Concerto Köln uses the new critical edition of the work from Carus-Verlag.
Ilse Eerens, soprano
Werner Güra, tenor
André Morsch, bass
Orpheus Vokalensemble
Concerto Köln
Marcus Creed, conductor 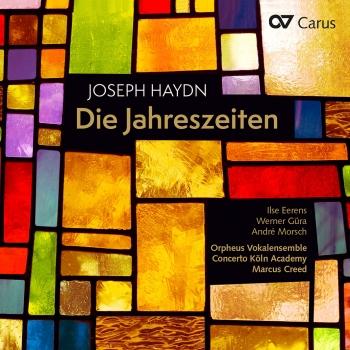 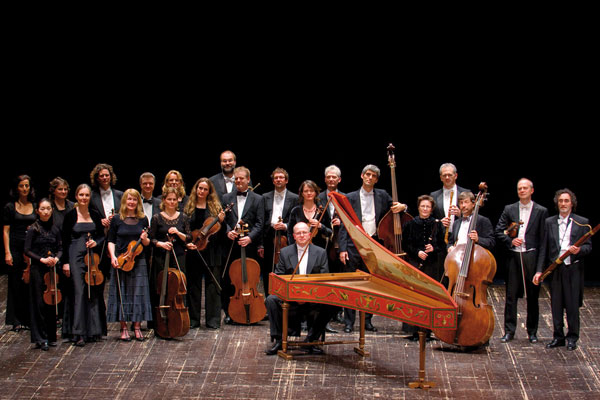 Concerto Köln
Soon after it was founded in 1985, Concerto Köln won a firm place in the top rank of orchestras specializing in historical performance practice. From early on, its trade mark was to present musicologically- based interpretations in concerts with a new vitality. And so, Concerto Köln quickly found its way into the leading concert halls and to the major music festivals. Numerous tours have taken the group to North and South America, Southeast Asia, Japan, Israel and most European countries. Concerto Köln has made many recordings for various leading labels and now has a discography of ca. fifty CDs, many of which have won prestigious prizes. The size of the group varies according to program and repertoire. As the ensemble is committed to historical performance practice, it prefers to perform without a conductor. For large-scale productions such as operas and oratorios, Concerto Köln performs with conductors such as René Jacobs, Marcus Creed, Ivor Bolton, David Stern, Daniel Reuss, Pierre Cao and Emmanuelle Haïm. Other artistic partners include notable soloists such as Cecilia Bartoli, Waltraud Meier, Magdalena Kožená, Véronique Gens, Andreas Scholl and Christoph Prégardien, and the actors Bruno Ganz and Ulrich Tukur.
The Orpheus Vokalensemble
was founded in 2005 as the professional chamber choir of the Landesmusikakademie Baden-Württemberg. This is an international ensemble which places the highest vocal demands on its members. Internationally recognized choral conductors are engaged for each assignment, and they exercise lasting influence on the artistic quality of the ensemble. Its model is the legendary Orpheus Chamber Orchestra (New York), whose name it shares. Its artistic aims, in the preparation and performance of works, are to bring the fundamentals of chamber music – personal commitment and mutual respect – to bear on the work of a vocal ensemble. Its members have the right to participate in the choice of repertoire, soloists, conductors and concert programs. Several composers have already written works for the Orpheus Vokalensemble, including Bo Hansson, Knut Nystedt, Gregor Hübner and Jürgen Essl. In 2006 the ensemble was invited to the International Lake Constance Festival. Other invitations to important festivals have followed.
Marcus Creed
was born and grew up on the south coast of England. He began his studies at King’s College in Cambridge, where he had the opportunity to sing in the famous King’s College Choir. Further studies took him to Christ Church in Oxford and the Guildhall School in London. Marcus Creed moved to Berlin in 1977. Stations in his professional career have been the Deutsche Oper Berlin and the Hochschule der Künste, as well as the Gruppe Neue Musik and the Scharoun Ensemble. From 1987 to 2001, Marcus Creed was artistic director of the RIAS-Kammerchor. In 1998, he accepted a professorship for conducting at the Musikhochschule in Cologne. Marcus Creed has been artistic director of the SWR Vokalensemble Stuttgart since 2003. His particular objective with this ensemble has been to make renewed performances of outstanding compositions from the recent past, including, for example, works by Luigi Nono, György Kurtág, Wolfgang Rihm or Heinz Holliger. Marcus Creed is regularly invited to international festivals for both early music and new music and he regularly collaborates with the Akademie für Alte Musik Berlin, the Freiburger Barockorchester and Concerto Köln. His CD releases have won international awards for their stylistically sure and acoustically sensitive interpretations. Among others, he has been awarded the German Record Critics’ Award, the Edison Award, the Diapason D’Or, the Cannes Classical Award, and the Echo Classic Prize.