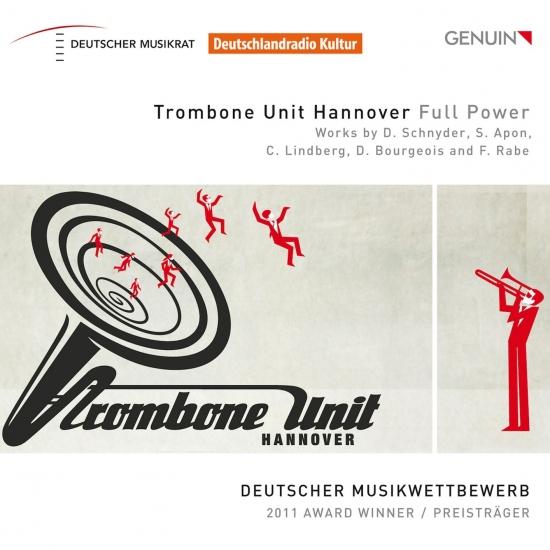 How bold are we today, then? How would it be with ... eight trombones? Hey - don't run away! You won't believe what you are going to hear! What the Trombone Unit Hannover have put into the GENUIN record grooves is a small sensation: well-oiled slides, funky grooves, all the colours of the rainbow. Perfectly balanced and in perfect tune, and everything being recorded for the first time ever! Exciting music by Christian Lindbergh, Derek Bourgeois and others. It's no wonder that these eight fellows won the German Music Competition... So put away your Jew's harp and glass harmonica - and fill up on trombone power!
Trombone Unit Hannover (Trombone Ensemble) 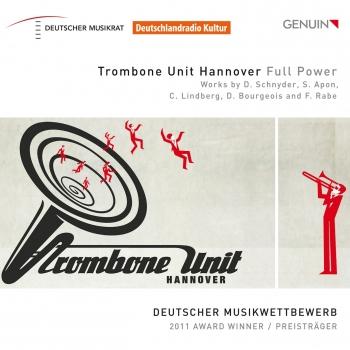 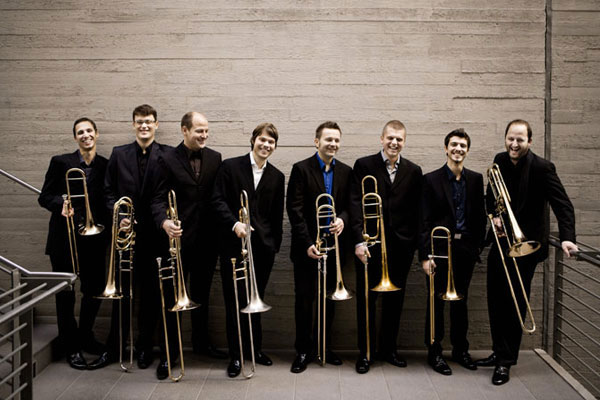 TROMBONE UNIT HANNOVER
came into being on the occasion of the Deutsche Musikwettbewerb 2008 and comprises nine young trombonists who studied at Hannover University of Music, Drama and Media. Several members of the ensemble play in top orchestras such as the Bamberger Symphonikern, the Gürzenich-Orchester Köln, the Sinfonieorchester des SWR Baden-Baden und Freiburg and the Staatsoper Hanover. The musicians’ biographies also list a number of awards from national and international music competitions: these include the ARD International Music Competition, the Conn-Lindberg Competition, International Instrumental Competition, Markneukirchen, the Aeolus International Competition for Wind Instruments, Competition of the Prague Spring International Music Festival and the Deutsche Musikwettbewerb. Their longtime mentor was, and is, Prof. Jonas Bylund. He particularly emphasizes the value of playing together in a chamber music setting: whether as a quartet, sextet or octet, the benefit they derive from Bylund’s great store of experience extends far beyond their student days.