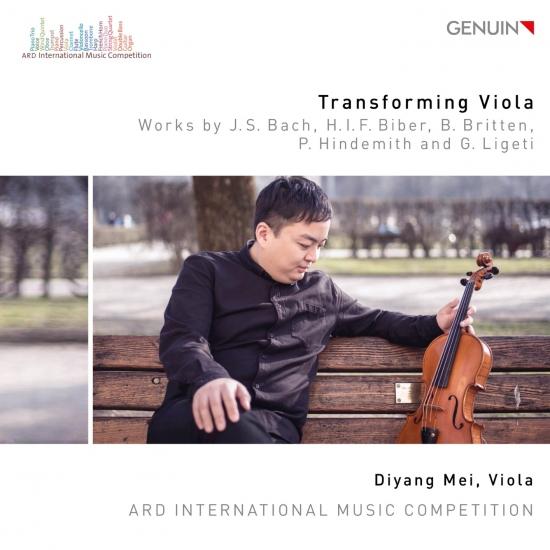 On his debut album, the Chinese ARD prizewinner Diyang Mei presents truly transcendental works for viola solo: The passacaglias and chaconne by Bach, Britten, Ligeti, Biber and Hindemith – a program of great intrinsic luminosity! It is indicative of the mastery and artistic maturity of the multiple competition winner that he has so completely transformed some of the greatest, most profound works of literature. In so doing, he extends far beyond his instrument. A great production! Diyang Mei was born in China in 1994 and began playing the violin at the age of five. From 2005 to 2014 he studied the viola with Shaowu Wang in the Central Conservatory of Music Beijing’s Middle School and has since participated in masterclasses given by well-known virtuosi such as Pinchas Zukerman, Nobuko Imai, Roberto Diaz, Paul Coletti, Thomas Riebl, Valentin Erben and Günther Pichler. As a soloist he has performed with many orchestras including Konzerthausorchester Berlin, Philharmonic Orchestra Bad Reichenhall, Poznan Philharmonic Orchestra, Chursächsiche Philharmonie Bad Elster and Busan Philharmonic Youth Orchestra, among others.
Diyang Mei, viola 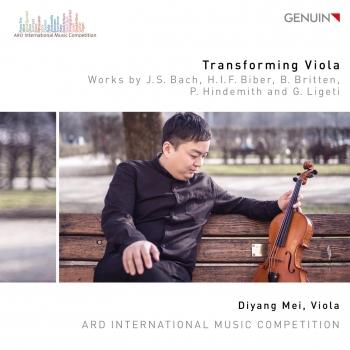 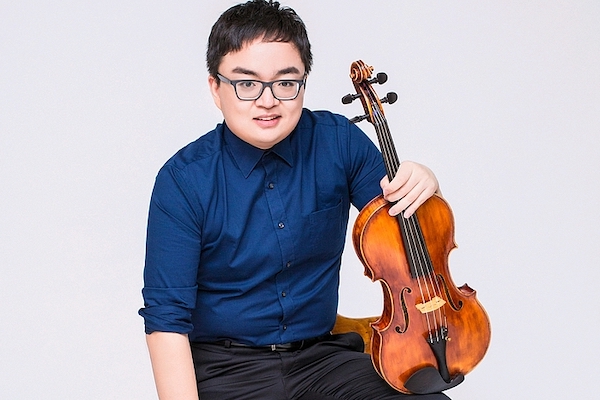 Diyang Mei
Winner of both First Prize and the Audience Prize at the 2018 ARD International Music Competition, Diyang Mei was born in China in 1994. He started playing the violin at the age of five. From 2005 to 2014, he studied viola with Shaowu Wang at the Middle School of the Central Conservatory of Music Beijing. Since October 2014, Mei has been studying viola performance under Hariolf Schlichtig at the Hochschule für Musik und Theater München.
As a soloist he has performed with many orchestras around the world, including the Symphonieorchester des Bayerischen Rundfunks Munich, SWR Symphonieorchester Stuttgart, Konzerthausorchester Berlin, Osnabrücker Symphonieorchester, Scottish Chamber Orchestra, Poznań Philharmonic Orchestra, Busan Phiharmonic Orchestra and Bad Reichenhaller Philharmoniker, among others.
As a chamber musician Mei has performed with such artists as Ana Chumachenco, Paul Coletti, Matthias Buchholz, Krzysztof Chorzelski, Wen-Sinn Yang, Martin Ostertag, Dag Jensen, Andrea Lieberknecht, and Michael Schäfer.
Mei’s achievements have already included several first prizes at competitions, including the ARD International Competition in 2018, 52nd Markneukirchen International Instrumental Competition in 2017, 24th Kulturkreis Gasteig Music Competition in Munich and International Max Rostal Competition (also Special Prize for gifted young finalists) in Berlin (both in 2015), 19th International Johannes Brahms Competition in Austria, Piła Festival and Academy in Poland, IVC Young Artist Competition of the 40th International Viola Congress (for most musical performer) in Rochester, USA (all in 2012), and 10th Villa de Llanes International Viola and Cello Competition (also Special Award) in Spain (2008).
Since 2016 Diyang Mei has held a scholarship of the Yehudi Menuhin LMN e.V., and since 2018 of the Borletti-Buitoni Trust.