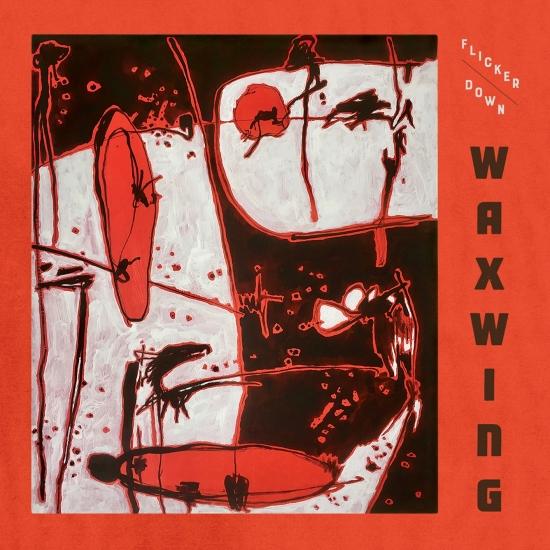 Info for Flicker Down

Following on their previous Songlines release, A Bowl of Sixty Taxidermists (2015), Vancouver’s premier chamber jazz trio Waxwing (formed in 2006) returns with a flowing program of compositions and improvisations that again combines delicacy and strength, melodic beauty and textural sophistication. Theirs is a reflective kind of lyricism, often tinged with tenderness or nostalgia, but be prepared for the unexpected as pieces move though different forms and emotional states. And listen for the subtleties. Jon Bentley, who produced, mixed and sequenced the record, explains how it was put together:
“We wanted to incorporate very short improvisations into the overall song structure of the album by using them as interesting sonic intermissions or transitions. They contain different and unusual sound sources that add colour to the overall album picture and refresh the ear for the more standard composed songs. There is more production on this recording than the previous ones but hopefully it is hidden well. I started prerecording some ideas on a tank drum [an instrument created from a recycled propane tank – it can be heard on tracks 7 and 13] back in 2017 which I then brought into the studio where we improvised over top of those pre-recorded tracks. I then took those improvisations and essentially constructed hybrid improv/composed-sounding songs using Ableton Live and Serato Sample production software, which are not common to use in a trio chamber jazz setting. Many of the short pieces on the album are actually manipulated improvisations to help give them a slightly more composed feel but retaining the spontaneity and interest of the original improvisation. I wanted to have a large modern production element to this recording but ideally keeping it somewhat underlying and not overproduced. The arrangements on some songs changed dramatically from how we initially recorded them and on some they stayed true to the original. It was a long process of developing new, interesting sections through overdubbing new instruments/samples or altering the original recorded sounds at my studio. There was also a fair amount of manipulating Tony’s recorded guitar sounds and loops through various production methods. As well, I have built a large personal recorded sample library over the years that is unique to me and there is a fair amount of those samples hidden throughout the recording.”
“A cohesive vision slowly emerged, a result of a long process working intimately with the tracks. After shaping the songs over many hours certain tracks seemed to naturally gravitate towards each other and then gradually start to work together in larger groups. Perhaps it’s similar to assembling a complex jigsaw puzzle except in this case you can reshape each puzzle piece to work better with the one beside it.” Peggy comments: “I was blown away by the transformation of the music from our two-day session to where it landed. Huge kudos to Jon for his vision.”
Guest flutist Miranda Clingwall and the Roland Space Echo tape delay feature on “Peace for Animeek” whose over 60 tracks were created in Ableton Live. The piece, Jon notes, “is based off a great guitar loop from Tony that over time gradually slows down and eventually settles at a new tempo.” Among Tony’s compositions, “Highway of Tears” concerns the murder of indigenous women; the lyrics (not performed here) have a brother talking about his sister, with the chorus “Highway of tears / took my sister away / there’s no memorial / will bring her back today.”
Describing the overall spirit of the album, Jon remarks: “Beauty would be at the core of how I approach Waxwing. That doesn’t mean everything needs to sound aesthetically pleasing all the time because there can still be beauty in even the most savage musical moments, similar to all of our lives outside of music.” For Peggy “we each bring our own musical and personal stories to this music. But I feel that we are each at a point where these influences are by now integrated into our sounds so it doesn’t draw attention or feel awkward. Awake and attentive are words I would apply to the spirit of the music.” The word Tony chose is inclusive – which sums up the diverse musical influences that each of the members brings to this unique jazz/improv group, from classical and contemporary new music and composing for larger jazz ensembles (Peggy) to personal, socially engaged song cycles (Tony) and modern music production (Jon).
Waxwing:
Peggy Lee, cello
Tony Wilson, electric guitar, harmonica, kalimba, percussion, ektara
Jon Bentley, tenor & soprano saxophones, tank drum, synthesizers, percussion & bells, samples and programming 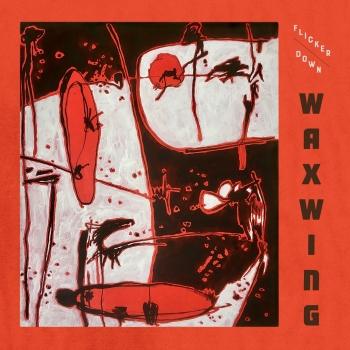 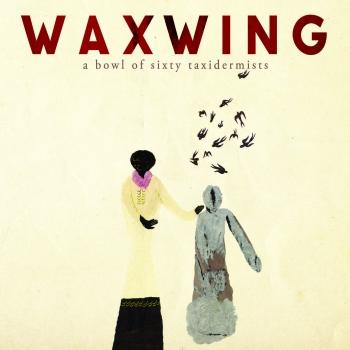 A bowl of sixty taxidermists 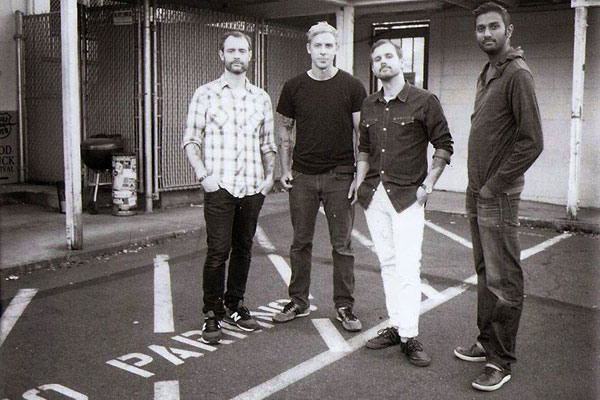 Waxwing
Seattle's Waxwing has successfully combined a myriad influences into a distinctive sound, blending elements of punk, folk, rock, and Southwestern music. With two full-lengths and a host of EPs under their belt, they have emerged as one of Seattle's most interesting and dynamic young bands around the turn of the century, along with Juno, Death Cab for Cutie, and Pedro the Lion.
Following the 1996 breakup of the band Lying on Loot (which included future Red Stars Theory violinist Seth Warren), singer/guitarist Rocky Votolato and drummer Rudy Gajadhar began playing with bassist Andrew Hartley under the name Waxwing. Rocky's younger brother Cody soon joined the band on second guitar, and the band recorded their debut 7" for Henry's Finest. In 1999, Second Nature released the band's first full-length, For Madmen Only. Blending the straight-ahead rock approach and emotional honesty of the Replacements with the moodiness of Black Sabbath, the record was a critical success and earned the band a solid local following.
When One for the Ride was released in late 2000, Waxwing's profile had grown substantially. Rocky had released several well-received solo records, while Cody's other band, the arty hardcore outfit the Blood Brothers, had a strong following of their own. Gajadhar also handled the drumming duties in Bugs in Amber (fronted by Sonny Votolato, Rocky and Cody's older brother), while Andrew played bass in Lightheavyweight. One for the Ride found the band exploring more diverse dynamics in their songs, exploring new styles of music (some moments wouldn't be out of place on a Calexico album), and focusing on a wider dynamic range. The band toured the Midwest and West Coast with the Casket Lottery in support of this album and returned home to Seattle to work on new songs and allow the members time to focus on other projects. In 2002, the band went back to their roots with the animated Nobody Can Take What Everybody Owns before going on something of an extended hiatus. When the band officially disbanded in late 2005, Rocky continued his solo career, Cody continued playing with the Blood Brothers, and Gajadhar carried on with Gatsbys American Dream.

Booklet for Flicker Down