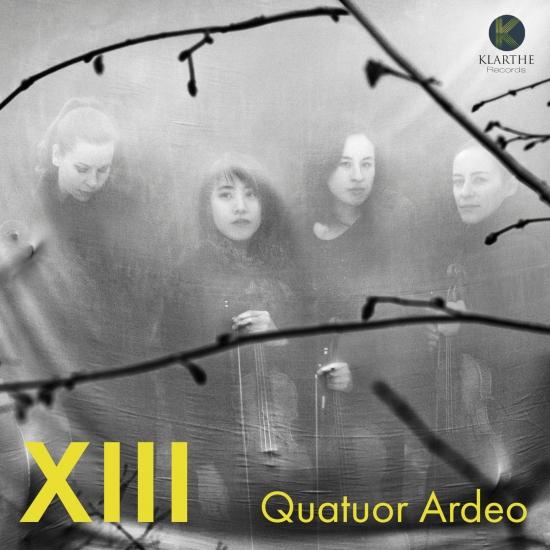 The judiciously chosen title of this album by the Quatuor Ardeo refers to the recording’s central works. Schubert’s “Rosamunde” quartet is his thirteenth of fifteen string quartets, and the number 13 plays an important structural and symbolic role in Crumb’s Black Angels, the piece which acts as the inspirational focus of this recording.
Quatuor Ardeo:
Carole Petitdemange, violin
Mi-Sa Yang, violin
Yuko Hara, viola
Joëlle Martinez, cello 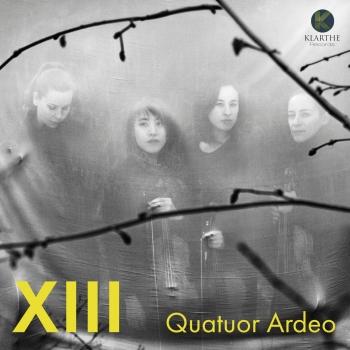 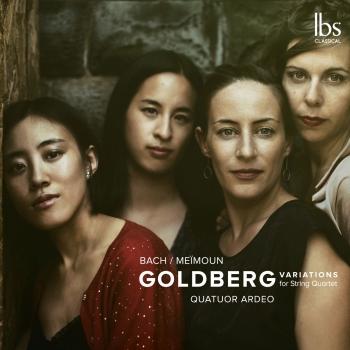 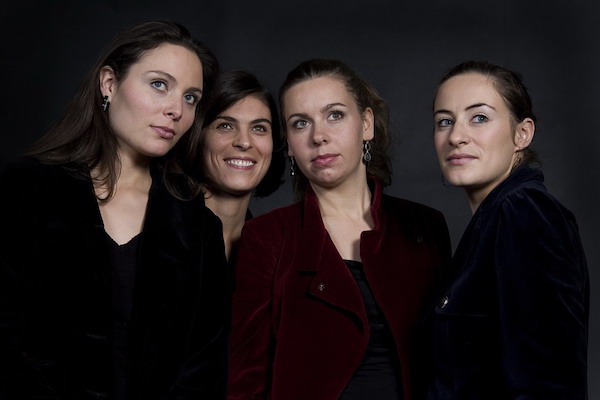 Quatuor Ardeo
In the last ten years, something remarkable has happened in the world of the string quartet. The Ardeo Quartet, founded in 2001, is one of the rising stars… several international prizes – in Bordeaux, Moscow, Melbourne as well as the Premio Paolo Borciani – have come as rewards for its exceptional qualities. Faithfully supported by Mécénat Musical Société Générale, the quartet has been in residence at the Singer- Polignac Foundation between 2008 and 2016, participated in different professional and cultural projects with Pro-Quartet since 2005. In Paris, the Ardeo Quartet has played at the Cité de la Musique, the Orsay Museum, the Théâtre du Chatelet and the Centre Georges Pompidou and has played in the most important festivals in France and abroad - the Radio France Festival (Montpellier), the ‘Folles Journées’, “Aspects” (Caen), les Jacobins (Toulouse) the Concertgebouw (Amsterdam), the Beethovenfestspiel (Bonn), Kuhmo (Finland), Davos (Switzerland), Lockenhaus (Austria), the Schleswig-Holstein Musikfestival, IMS Prussia Cove…
Ardeo regularly shares the stage with Bertrand Chamayou, Renaud Capuçon, Henri Demarquette, Alain Meunier, Mario Brunello, Andrei Korobeinikov and works in close collaboration with the pianist David Kadouch and the clarinet player, Reto Bieri. The four young ladies’ repertoire is very wide, including contemporary works. They have shown great character, integrity, inspired and powerful musicianship in the last 16 years and have proved themselves to be one of the best quartets of their generation.