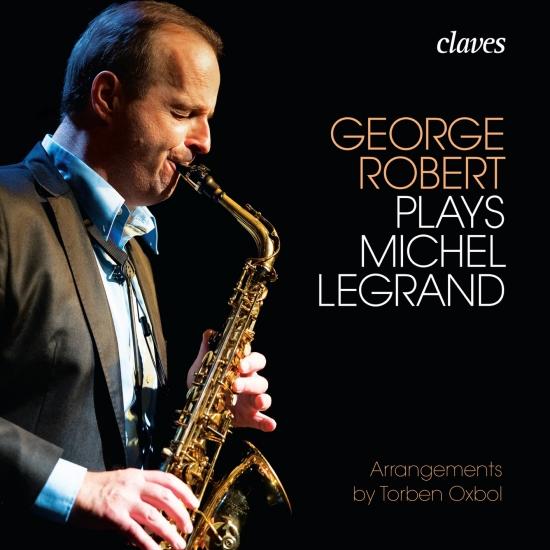 We could stop there, as that is the core of the message I want to share with you. We won’t, however. I’ll share with you some of the elements that grabbed my attention with both hands and held me captive.
If you love beauty (who doesn’t?), you’re in the right place. This is the perfect combination of gorgeous saxophone playing, award-winning melodies, perfect accompaniment and some of the best arrangements I have heard in years.
Our featured visionary and fearless leader for this project is George Robert. Switzerland is known for many things. One must now add to their Swiss list of chocolate, watches and natural beauty, the saxophone playing and creative musicianship of George Robert. With this project, George has made his “dream recording.” The combination of Mr. Robert with Maestro Legrand’s iconic melodies and the arrangements of Torben Oxbol is pure perfection.
WATCH WHAT HAPPENS is a fitting title for the first track. Yes—do “watch” (listen) what happens on this journey. This performance sets the tone for the entire recording. Beautiful melodies with a flair, courtesy of Mr. Robert’s creative adeptness.
And so our trip begins.
It’s refreshing to hear George Robert in this setting. He has an orchestral backdrop that allows him to float on a cushion of lushness and velvet warmth. His playing is remarkable. It is both sexy and reverent. Playful, never flippant and always respectful. Creative, while servicing the melodies he plays.
If you are a jazz fan, you’ll recognize the influences of Phil Woods, Cannonball Adderley and Charlie Parker, among others. With a clear and focused tone, George Robert masterfully places his lines in just the right places, encircling the melodies and embellishing them to enhance, not attempting to improve them.
This album is full of songs whose titles alone present us with private thoughts and questions we may ask ourselves or others. WHAT ARE YOU DOING THE REST OF YOUR LIFE is something we’ve probably wanted to ask someone at some point. Need answers? THE SUMMER KNOWS; YOU MUST BELIEVE IN SPRING. The team members contributing to this recording work toward the common, expressive goals.
Torben Oxbol’s arrangements and orchestration are superb. He does a fine job of supporting the melody and the soloist, never forcing us to pay more attention to the accompaniment than necessary. Stylistically, one can hear influences of arrangers like Jeremy Lubbock, Johnny Mandel, Claus Ogerman, et al. Mr. Oxbol clearly knows how to balance orchestral instruments with jazz rhythm sections. That is a skill that requires much study and experience. He clearly exhibits both.
Mr. Legrand enjoys hearing his music played with the understanding of the beauty and purpose with which they were composed. George Robert will satisfy the Maestro and all with the wisdom to listen to this heartfelt music. Michel Legrand’s melodies are the ones that singers love to sing. He, along with lyricists Marilyn and Alan Bergman, has written love songs that seep into our skin. Those melodic lines transfer perfectly to the alto sax of Mr. Robert and it is clear that he is at home with them as a tool to express his love of life and music.
Allow me to state once again, I love this recording. It is a beautiful piece of art that should always be recognized for the beauty and creativity it represents.»
George Robert, alto saxophone 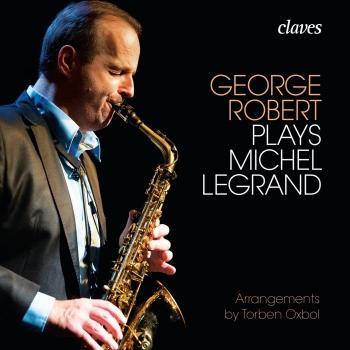 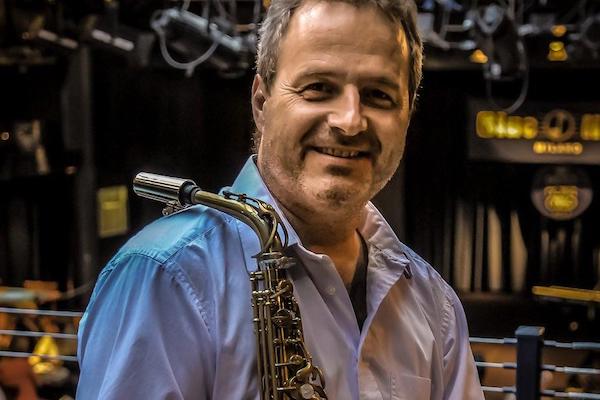