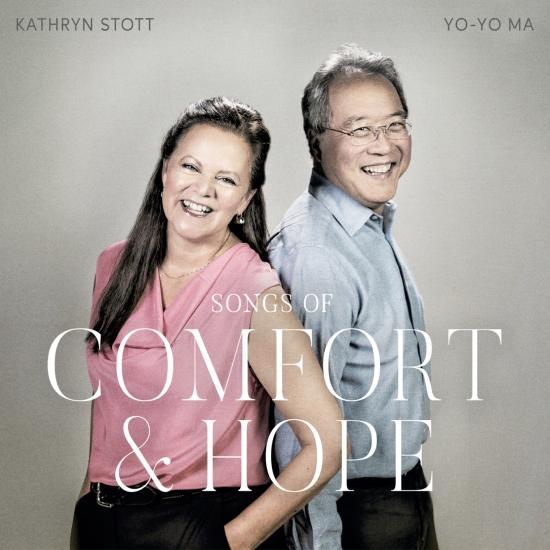 Info for Songs of Comfort and Hope

Ma and Stott mark the next chapter in the project with this new album, offering consolation and connection in the face of fear and isolation. The album includes 21 new recordings, which span modern arrangements of traditional folk tunes, canonical pop songs, jazz standards, and mainstays from the western classical repertoire. "Songs are little time capsules of emotions: they can contain long-lost dreams and desires, and feelings of great spirit, optimism, and unity," Ma and Stott write of Songs of Comfort and Hope.
"Songs bring a sense of community, identity, and purpose, crossing boundaries and binding us together in thanks, consolation, and encouragement. It had long been our wish to explore this medium further, but we could never have imagined that the catalyst would be a pandemic that fundamentally rearranged our ways of living. This is music that tells stories, that marks occasions private and public, that gives voice to celebrations, remembrances, and all of life's mysteries. These are songs that pay tribute to musical champions of social justice — like Paul Robeson and Violeta Parra — and to the troubadours of our joy, imagination, and sorrow — like Francis Poulenc, Wu Tong, and Benjamin Britten."
Among the new takes on old favorites are Pulitzer Prize® winner Caroline Shaw's artful and eloquently arranged "Shenandoah"; Australian composer Harry Sdraulig's "Fantasia on Waltzing Matilda"; pianist Stephen Hough's lush arrangement of "Scarborough Fair", and two-time Academy® Award-nominated icon Jorge Calandrelli's re-imagining of a pair of songbook treasures: "We'll Meet Again" by Ross Parker and Hughie Charles, and Violeta Parra's "Gracias a la Vida." See the full track list below.
Ma and Stott's recording partnership began in 1985, and includes Soul of the Tango and Obrigado Brazil, each of which garnered a GRAMMY® Award for "Best Classical Crossover Album." Most recently, in 2015, they released the critically acclaimed Songs from the Arc of Life, of which NPR wrote, "Over those many years, they've developed a wonderfully warm and mutually responsive musical partnership that has blossomed in performances that are both generous and incisive."
Yo-Yo Ma and Kathryn Stott share the warmth of decades of music making again with Songs of Comfort and Hope, offering audiences new paths into treasured musical memories and a few notes of hope for a better future.
Yo-Yo Ma, cello
Kathryn Stott, piano 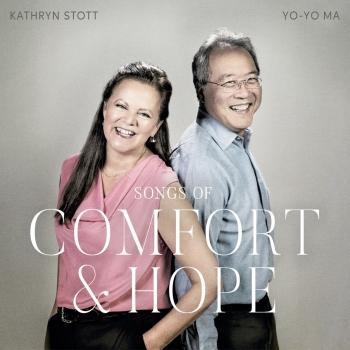 Songs of Comfort and Hope 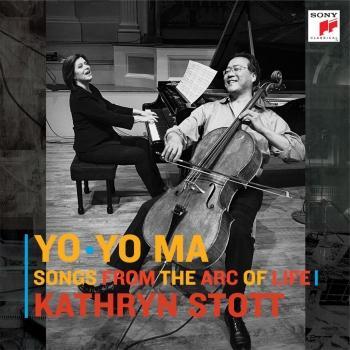 Songs from the Arc of Life 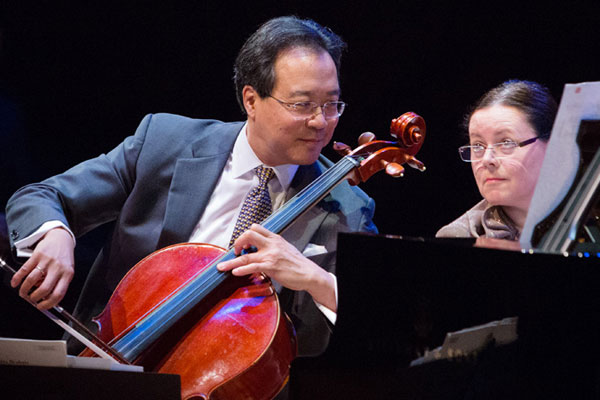 Booklet for Songs of Comfort and Hope