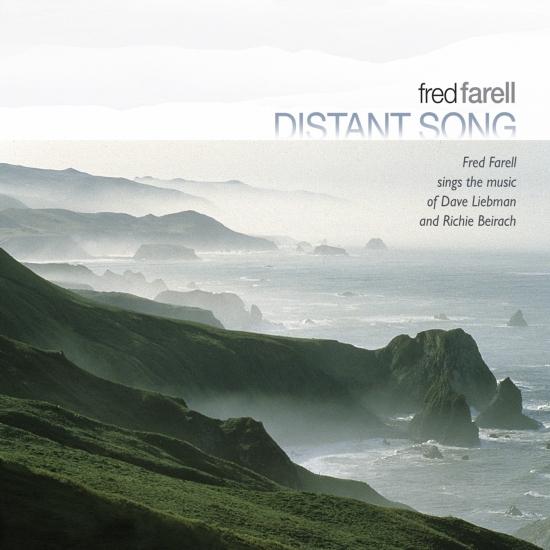 As a featured soloist and ensemble singer, Fred Farell has made a name for himself as a preeminent pro jazz voice. Across five decades and at venues like Avery Fisher Hall, the Brooklyn Academy of Music, and the Museum of Modern Art, Farell has demonstrated inspired interpretive abilities to go with his sweet pipes. Distant Song, his debut for Whaling City Sound, is a deep experience, thanks in part to composers & loyal accompanists Dave Liebman and Richie Beirach. Farell’s lyrics require incredible patience and passion on the microphone. Songs unfold gently, religiously, and deftly. Infused in part with gospel messaging, Distant Song is a heartfelt project, produced with happiness and love by a veteran talent clearly confident and at peace with himself and his abilities.
Fred Farell, vocals
Dave Liebman, soprano and tenor saxophone, recorder
Richie Beirach, piano 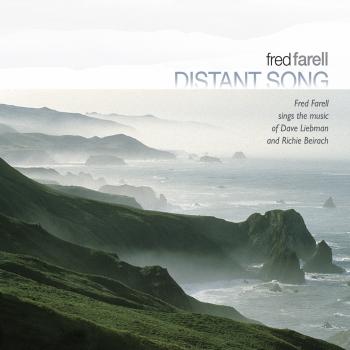 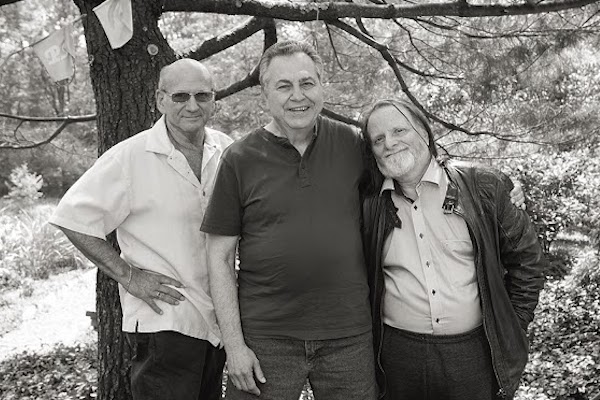 Fred Farrell
began singing professionally during his military service in the USA, and in Europe. His musical training includes Jazz vocal improvisation with pianist/composer Richie Beirach; Private voice studies with Cynthia Hoffman, Larry Chelsi and Franco Spoto in New York; and Vocal Jazz studies with Master Jazz Vocalist Sheila Jordan at The City College of New York.
His first appearances as a solo artist in New York City were at Loft Galleries and Jazz Clubs during the 1970's and early 1980's. This included return engagements at "Sweet Basil" and "Greene Street" during which time he was an artist-member of Cobi Narita's "Universal Jazz Coalition".
As a featured soloist and ensemble singer Mr. Farell has performed at WBAI Radio, Avery Fisher Hall, Brooklyn Academy of Music, and The Museum of Modern Art, with such Jazz Masters as the late Saxophonist Dexter Gordon; Pianists Barry Harris, Albert Dailey and Kenny Barron; Bassists Herman Wright, Rufus Reid and Ratzo Harris. With Pioneer Vocal Artist-Educator Jay Clayton in The Voice Group and with pianist Kirk Nurock in his Natural Sound Ensemble.
David Liebman
NEA Jazz Master (2011) David Liebman’s career has spanned nearly five decades, beginning in the early 1970s as the saxophone/flautist in both the Elvin Jones and Miles Davis Groups, continuing as a bandleader since. He has played on over five hundred recordings with nearly two hundred under his leadership and co-leadership. In jazz education he is a renowned lecturer and author of several milestone books: Self Portrait Of A Jazz Artist, A Chromatic Approach To Jazz Harmony And Melody, Developing A Personal Saxophone Sound (translated into multiple languages), in addition to teaching DVDs, journalistic contributions to periodicals and published chamber music. Lieb‘s autobiography What It Is-The Life Of A Jazz Artist (Scarecrow Press) is a fascinating look into Lieb’s career. His bands over the years have included noted musicians such as John Scofield, Richie Beirach, Bob Moses, Billy Hart and others. The current group Expansions features some of the best of the younger generation. Lieb is the Founder and Artistic Director of the International Association of Schools of Jazz (IASJ) existing since 1989, which is a worldwide network of schools from nearly 40 countries. Liebman’s awards, besides the NEA honor include the Jazz Educators Network (JEN) Legends of Jazz (2013); the Order of Arts and Letters (France 2009); Jazz Journalist’s award for Soprano Saxophone (2007); Grammy nomination for Best Jazz Solo (1998); Honorary Doctorate from the Sibelius Academy (Finland-1997). He is currently teaching at the Manhattan School of Music and a guest lecturer at Berklee College of Music. Dave has consistently placed in the top positions for Soprano Saxophone in the Downbeat, Jazz Times and JazzEd polls since 1973.
Richard Alan Beirach
was born on 23 May 1947 in Brooklyn, New York City. Having a sheltered childhood, he started playing the piano at the age of 5. From age 6 to age 18, Beirach was given lessons by the pianist und composer James Palmieri. "James Palmieri showed me everything that I know about music,...he made me understand the deeper meaning of music."
Palmieri's lessons were strictly classic and until age 13, Beirach exclusively dealt with classical music.When, at the age of 13, he stayed at a friend's place, he heard Red Garland's version of "Billy Boy" from Miles Davis' album "Milestones": "I could hardly believe it. This was exactly what I was looking for, what I needed. Until then, I had only had a classical musical education: Mozart, Beethoven, no improvisation. I took the album to my teacher. He hated it, he hated it a lot…"Beirach realized that he wanted to devote himself to improvisation and Jazz. He tried and got in touch with Jazz musicians, while continuing to take lessons with Palmieri.
In the middle of the 1960s, Richard Beirach entered the New York club scene, played innumerable gigs and jam sessions, with, among others, Freddie Hubbard and Lee Konitz, while, at the same time occasionally working as a longshoreman at the docks of New York.In 1967, he went to Boston in order to study at the Berklee College Of Music, where Keith Jarrett, Miroslav Vitous and John Abercrombie were enrolled as well at that time. But he only stayed for one year and returned to New York in 1968, where he started a composition degree with Ludmilla Ulehla at the Manhattan School Of Music, from which he graduated in 1972 with a "Master Of Music".
Richie Beirach Soon afterwards, he played in the band of Stan Getz, together with bass player Dave Holland and drummer Jack deJohnette. The band largely went on worldwide tours.In 1973, he joined the group "Lookout Farm" of the saxophone player Dave Liebman. "Lookout Farm" became one of the most outstanding groups of the Fusion movement and the cooperation between Beirach and Liebman beyond the group, which broke up in 1976, developed to a close musical partnership. Together, as a duo, they recorded "Forgotten Fantasies", "Omerta" and "Chant"". In 1976, the first album under Beirach's own name was released: "Eon", recorded with drummer Eliot Zigmund and bass player Frank Tusa. For the label ECM, Beirach worked as a leader, e.g. on the albums "Eon" in 1976, "Elm" in 1979, "Elegy for Bill Evans", and as a sideman respectively (for John Abercrombie and George Adams) from the middle of the 1970s until the beginning of the 1980s. ...