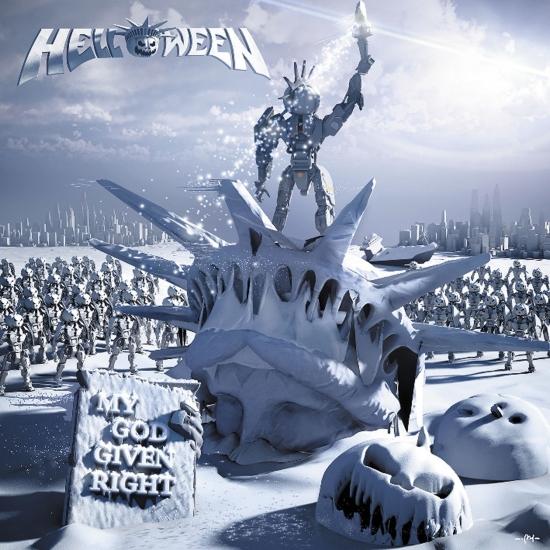 Info for My God-Given Right

Without a doubt, this Hamburg Metal institution immediately took the helm of Melodic Speed Metal when releasing their 5-Track-EP Helloween way back in December of 1985. 14 studio releases later and with 3 live-albums under their belt, they have sold in excess of 8 million copies worldwide and banked 15 gold and 6 platinum awards.
And they are back again with their powerful opus My GodGiven Right. According to singer Andi Deris, the band insists on a simple motto: "Back to the roots - but with new songs". He continues: "More than ever, our fans want to sing and rock out along with us. This simply works best with the use of distinctive choruses and 80-ies hooklines". Guitarist Michael Weikath clarifies: "It is not our mission to just relive the 80-ies at all cost - to our own surprise, the whole dynamic of this working concept took on a life of its own."
Both Weikath and Deris stress that the album title is self-explanatory: Surely there'll be haters again that will presume that we have nothing better to do than to keep recycling the past instead of moving on into the 21st century. But such critics have followed us all along and never impressed us. We've always had a liberal attitude towards Heavy Metal: to do anything we want - and not follow the directions the know-it-alls would have pushed on us. We remained unfazed and acted out our vision of 'anything goes' in the songwriting process to »My God-Given Right« because we believe that it is our god-given-right (no pun intended) to do as we please and fulfill our musical vision without any boundaries."
The dashing opener 'Heroes' is racing through the air waves like a sledge hammer, immediately followed by the speedster 'Battle's Won'. To go on, tunes like the title track 'My GodGiven Right', and 'Claws', exhibit all trademarks of the typical sound of HELLOWEEN that fans are thriving for: murderously speeding guitar leads and never ending double bass attacks in combination with clear, high-pitched vocals that climax in super melodic chorus lines.
There can be no doubt that My God-Given Right is an album jam-packed full of variety that captures the band's entire musical spectrum: From the early Speed Metal days in the vein of Helloween and Walls Of Jericho, to the recent, more modern and slightly progressive releases such as 7 Sinners and Straight Out Of Hell. Just like its predecessors, it is an album that dives deep into musical journeys, while at the same time inviting the listener along for the ride. Last, but not least, it is an album worthy of a 30th anniversary celebration that proves that the band, well-rounded in their creative top form and more vital than ever, will continue to influence the Metal-scene around the globe. One wouldn't expect any less from the godfathers of Melodic Speed Metal!
Andi Deris, lead vocals
Michael Weikath, lead, rhythm guitars
Sascha Gerstner, lead, rhythm guitars
Markus Grosskopf, bass
Daniel Löble, drums
Additional musicians:
Matthias Ulmer, keyboards
Billy King, additional backing vocals
Olaf Senkbeil, additional backing vocals
Recorded October 2014 - February 2015 at Mi Sueño Studio, Tenerife, Spain
Produced by Charlie Bauerfeind 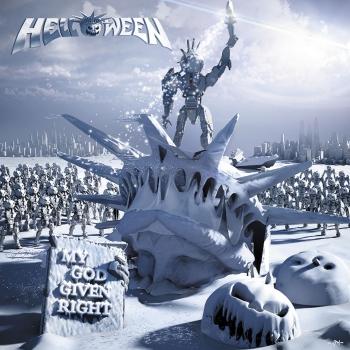 Booklet for My God-Given Right