The Good, The Bad And The Bette Bette Smith 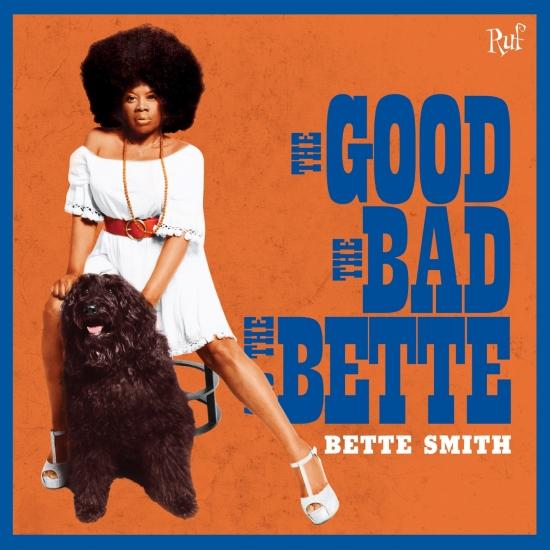 Info for The Good, The Bad And The Bette

Wild rock & soul singer Bette Smith traces elements of her life-affirming new album ‘The Good, The Bad & The Bette’ to her childhood in rough Bedford-Stuyvesant, Brooklyn. Musically, it connects to the gospel music she heard in church and the soul music on the corners. No party host would regret putting on this platter!
The Brooklyn, NY native enlisted Drive-By Truckers’ Matt Patton and engineer/drummer Bronson Tew as producers at Dial Back Sound in Water Valley, MS; Patten has previously helmed projects by Jimbo Mathus and the Dexateens as well as contributed to albums with Dom Flemons, Seratones, and Candi Staton. He played bass on ‘Jetlagger,’ which was produced by Jimbo Mathus and the two found a kinship and shared vision. She says, “When I called on my producer Matthew Robert Patton, I told him that I wanted a southern rock soul/Aretha Franklin/’I once was lost but now I’m found’ theme.” He in turn enlisted guests North Mississippi Allstar Luther Dickinson (guitar on “Signs and Wonders”) and fellow DBT member Patterson Hood (vocals on “Everybody Needs Love”) to join him on the new album.
Patton says, “We wanted to get heavy into her rock side. Even the ballads on this record hit hard. We were pulling from Ike & Tina, Betty Wright and Betty Davis, stuff like that.”
Bette also went deeper in her own songwriting, vulnerably revealing a childhood trauma. She continues, “I told Matt a little about my childhood and my relationship with my mom. We outlined that we’d make the album about relationships, to reflect that part of my personality.” The album is sequenced to tell her story, from a present-day portrait of the strong woman she is to a flashback of her trauma and the emotional void she tried to fill with the party life, before receiving a sign and finding healing. Bette explains, “The album message is a story seen through the lens of a child, and then an adult, who still wears her scars of childhood—but also of hope, strength and optimism going forward in life. Often people think I’m very confident and strong, but they don’t know I’ve faced many obstacles and traumas I fought hard to overcome.”
She says a final goodbye to her mother in the ballad “Whistle Stop,” another emotional touchstone on the album. It’s based on a dream that she had right before her mother died. Bette recalls, “I was on the platform and she was at the last car on the train and she was waving me goodbye and the way I analyzed the dream was that she didn’t say goodbye to me when she abandoned me the first time but she did say goodbye the second time. I’m telling her, ‘come spend some time with me,’ because she haunts me. It’s unrequited love.”
Completing the cycle is a stretch of songs of love and gratitude. Her dog taught her a lesson that spurs on the wah-wah guitar-steeped rocking “(I Wanna Be Your) Human.” Bette says, “I never learned how to cope with stress because my mother showed me [how she did it, by saying] ‘I gotta go. I’m outta here.’ That doesn’t work in a long-term relationship. My dog taught me trust and vulnerability. ‘When your heart is in pain, I wanna be your human.’”
She is in a good place today, saying. “I’m more than a survivor. I’m a thriver! I have hope, strength and optimism going forward in life. I’ve meditated twice a day every day for the past three years.”
Touring has also been redemptive as well. “It’s amazing, like a dream come true,” she says. “It’s very spiritual and I go into a trance when I’m singing. The fans are like family. I feel very loved. They are very present. I went through all of this so I could sing and now that I can sing I’m finding the love that I’ve been looking for all my life. It feels like a homecoming. There’s an instant feeling of family reunion. They talk to me like they met their little sister. It’s the same love in New York, Nashville, or Spain. When I sing these songs, it’s a connection of inner children. I’m singing to their inner child.”
Those are a bunch of rockin’ inner children, naturally
Bette Smith, vocals
Luther Dickinson, guitar
Jimbo Mathus, guitar
Craig Pratt, guitar
Jody Nelson, guitar
Bronson Tew, guitar
Matt Patton, guitar
Curtis J. Brewer, guitar
John McLeod, guitar
Matt Patton, bass
Bronson Tew, drums
Eric Carlton, piano
Jimbo Mathus, organ
Henry Westmoreland, horns, organ
Jamison Hollister, stings
Patterson Hood, background vocals
Matt Patton, background vocals
Bronson Tew, background vocals
Schaefer Llana, background vocals 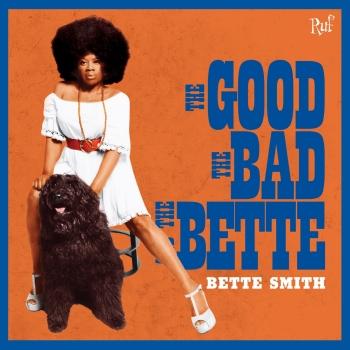 The Good, The Bad And The Bette 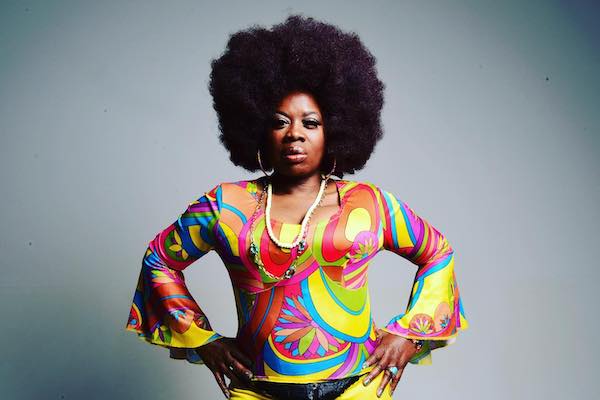 Bette Smith
born and raised in Bedford-Stuyvesant, Brooklyn, Bette Smith reconnected with her musical roots in Memphis and Mississippi – and fulfilled a promise to her late brother in the process. Recording her debut LP “Jetlagger” in Mississippi brought her to the core of the gospel she sang in church and the soul music she heard on hot summer nights growing up in Brooklyn. ‘Jetlagger’ – out now on Big Legal Mess Records, a Fat Possum subsidiary – is sprung from the “south coming to me, grabbing me and pulling me down there. The migration came up and got me. My southern neighbors in Bed-Stuy influenced me,” she notes. Bette’s power and energy was enjoyed by many during her 2018-19 domestic and international touring, which vividly brought to life the rich, soulful charm of ‘Jetlagger.’ Billboard Magazine reflects on this joyful combustion, saying Bette “imbues tracks with shingly, sawtoothed texture capable of breaking off a high note with a throaty cry or scraping so low and wide that she threatens to put her bass player out of work.”

Booklet for The Good, The Bad And The Bette