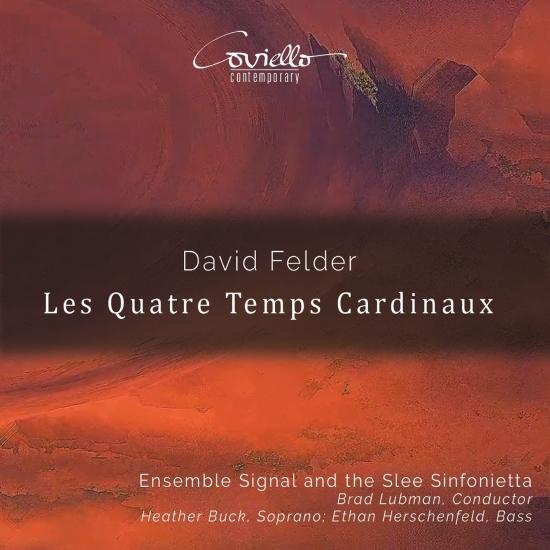 David Felder’s expressive song cycle Les Quatre Temps Cardinaux, for soprano, bass, orchestra and electronics, is structured around the four stanzas of the eponymous poem by René Daumal (1908–1944). The piece begins with a recitation as Daumal’s poem is electronically diffused around the space, each stanza heard at one of its four cardinal points to form a circle. This, like all the electronics throughout the piece, is based on a spoken recitation of the poem, its phonemes and formants broken up and digitally remoulded into drums, gongs, bells and more. The music, too, mirrors the poetry and stretches from lush and fervent to more fractured and anxious as the piece develops. The piece is herein performed by a joint collection of Ensemble Signal and the Slee Sinfonia, with the extraordinary soloists Heather Buck and Ethan Herschenfeld, and the ultimate contemporary conductor, Brad Lubman.
Heather Buck, soprano
Ethan Herschenfeld, bass
Ensemble Signal
Slee Sinfonietta
Brad Lubman, conductor 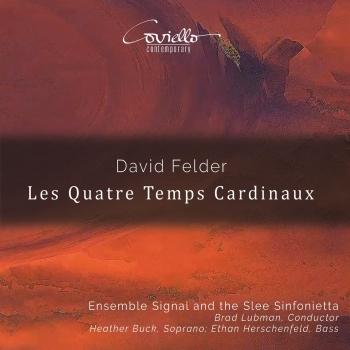 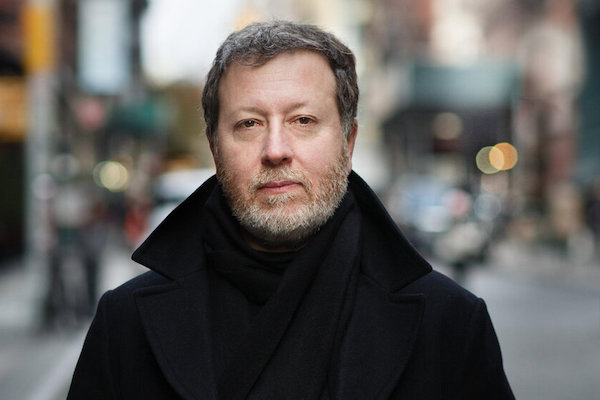 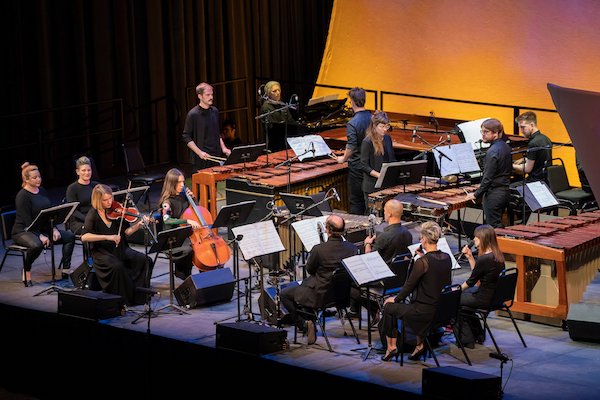