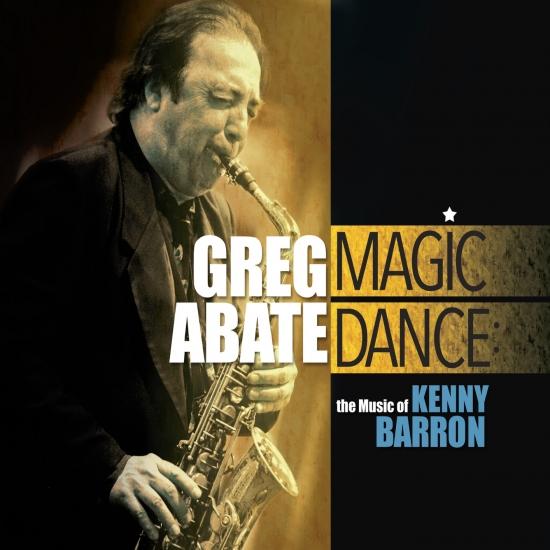 Info for Magic Dance: The Music of Kenny Barron

There’s a beautiful marriage happening with Greg Abate’s “Magic Dance." It’s the union between Abate’s multi-instrumental gift of bebop and Kenny Barron’s varied and sublime compositions. Abate, with Barron, who handles keys on this recording session, are soulmates sharing this epic musical space. On their own, Barron’s melodies are transcendent. In Abate’s skillful hands, thanks to his ability to shift between alto, tenor, baritone and soprano saxes and flute, the material takes on new tones, colors and patterns. One of the liberties Abate took with the material involved varying the choice and number of horns on these tracks. On two tracks, he even went so far as to arrange and overdub four additional sax parts, modeled on the reed section of the traditional big band, which give Barron's lush sounds even greater texture and intricacy.
Underneath it all is the hot-shot rhythm section of bass player Dezron Douglas and drummer Johnathan Blake, a New York City tandem born to support and elevate these arrangements. In fact, the ensemble work throughout this two-disc project is incredible, and reaffirms the health of 'real' bebop, a genre in which Abate has, through a five-decade career, been a dependable flame keeper. With this collaboration, Abate, with sidemen Barron, Douglas and Blake prove that the glory of straight-ahead jazz can still be purposeful, exhilarating, and, above all,like all great marriages, faithful and true.
“With the maestro’s passing, the legacy of Phil’s music becomes even more treasured. He is in great form here with Greg, one of his many followers whose work he has greatly influenced, more than holding his own. This is an historic recording.” (David Liebman)
Greg Abate, saxophones, flute
Kenny Barron, piano
Dezron Douglas, bass
Johnathan Blake, drums 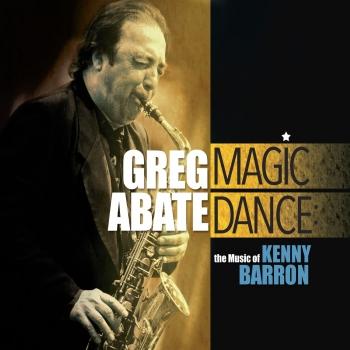 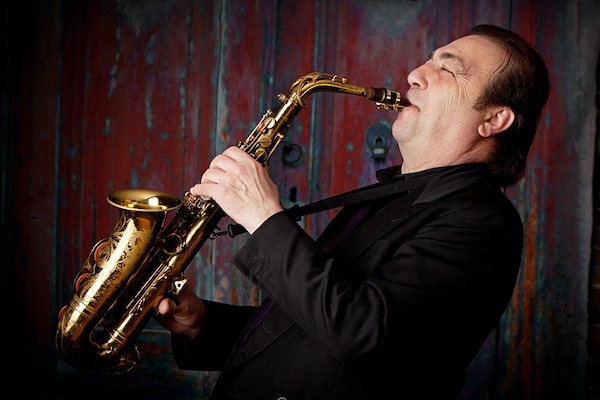 Greg Abate
jazz saxophonist, flutist, composer continues as an International Jazz/Recording Artist with 225 days a year touring the globe.
In the mid 70’s after finishing a four year program at Berklee College Of Music, Greg played lead alto for the Ray Charles Orchestra for 2 years.
In 1978 Greg formed his group Channel One which was a favorite in the New England area and from there had the opportunity to play tenor sax with the revived Artie Shaw Orchestra under leadership of Dick Johnson from 1986 to ’87.
Following this experience Greg ventured out as post hard bop soloist playing Jazz Festivals, Jazz Societies and Jazz Clubs throughout the U.S. Canada and abroad, including most of Europe, UK, and Moscow and Georgia Russia.
Greg’s newest release Gratitude, with the Tim Ray Trio has received glowing reviews and a lot of international airplay. Also, check out Greg's other recordings including special guests Phil Woods and other notable artists.
Greg is currently a Whaling City Sound recording artist.
Greg recorded his first CD Live At Birdland NYC in 1991 on the Candid Jazz Label with the trio of James Williams, Rufus Reid and Kenny Washington.
To this date Greg has recorded over 17 other recordings as leader.
Greg is also an adjunct professor of Jazz Studies at Rhode Island College and is also a very active jazz clinician with co. sponsorship from the Conn-Selmer Instrument Co., conducting workshops and master classes through the U.S and abroad. Greg has been inducted into the RI MUSIC HALL OF FAME 2016

Booklet for Magic Dance: The Music of Kenny Barron