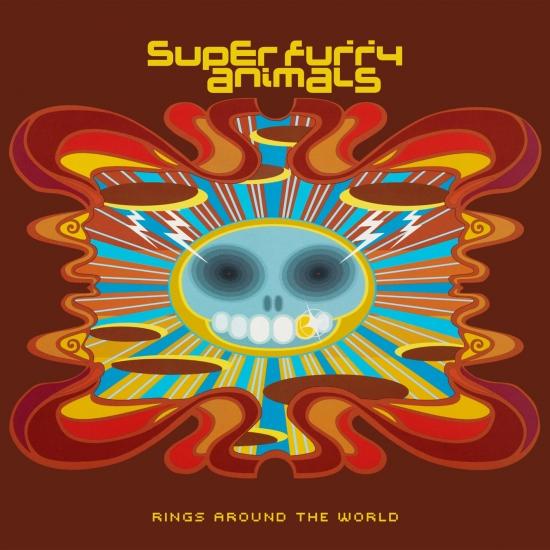 This 20th anniversary reissued has been remastered from the original master tapes.
The fifth studio album from Welsh quintet Super Furry Animals was their most commercially successful to date. A musically eclectic record, incorporating pop, prog, punk, jungle, electronica, techno and death metal, the album was shortlisted for the Mercury Music Prize in 2001 and named as Mojo’s best album in the same year. Their major label debut album peaked at #3 on the UK album chart on release, supported by singles ‘(Running) Rings Around The World’, ‘It’s Not The End of the World’ and ‘Juxtapozed With You’. Paul McCartney and John Cale make cameo appearances on the album too.
"Super Furry Animals' leap to a major label in the U.K. with Rings Around the World isn't that drastic of a change -- Fuzzy Logic was also released on Epic in the U.S., Creation was subsidized by Sony, and they never were exactly wanting of money on their previous records -- but the band nevertheless seizes the opportunity to consolidate their strengths, providing an introduction for listeners that may not have been paying attention before. As such, it's hard not to consider it as a bit of a missed opportunity, since this is the first SFA album not to progress from its predecessor, or offer the shock of the new, and that's hard not to miss -- but, if this is the first SFA record you hear, it'll likely intrigue, even dazzle, with its kaleidoscopic blend of pop, prog, punk, psych, and electronica. Still, this is nearly Super Furry Cliff Notes, offering a glossy, big-screen variation on all of their themes -- decadently lush pop-psych, chugging rock & roll, bitter leftism, sublimely warped imagery, experimentalism wrapped in luxurious productions. Alluring, to be sure, and satisfying, too, and there certainly are wonderful details scattered throughout the album, the least of which are cameos by John Cale and Paul McCartney. Plus, there is exceptional songwriting here, such as the cinematic "Juxtaposed With U," "Sidewalk Serfer Girl," and "Receptacle for the Respectable," which encapsulates nearly every side of the band within five minutes. Still, it's hard not to want a little more from the band that was the best pop band of the late '90s. It's hard not to at least want surprises (since there are none) or, if it's going to be a consolidation, to have it be a statement of purpose, since it lacks either an overarching theme or a music that gels. So, it's not what it could have been, but what it is is still pretty damn great, satisfying with its melodies, textures, and ideas. Compared to what Super Furry Animals have done before, Rings Around the World pales slightly but noticeably, but compared to the dead world of mainstream and indie rock in 2001, it still shines brightly." (Stephen Thomas Erlewine, AMG)
Gruff Rhys, lead vocals, rhythm guitar, keyboards, harmonica
Huw Bunford, lead guitar, keyboards, backing vocals, pedal steel
Guto Pryce, bass
Cian Ciaran, keyboards, backing vocals
Dafydd Ieuan, drums, backing vocals, co-lead vocals on "Receptacle for the Respectable" 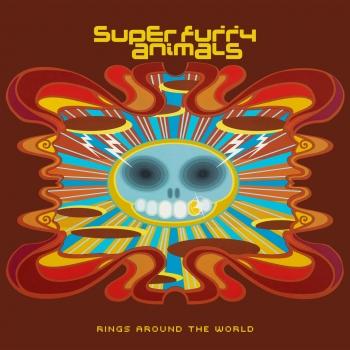 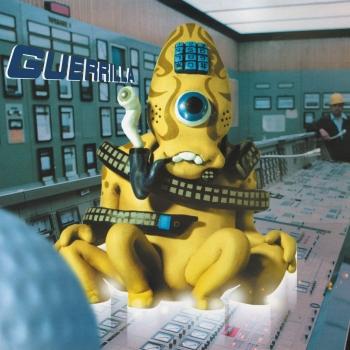 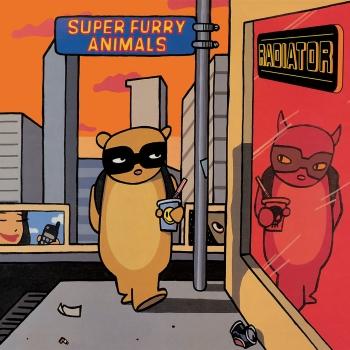 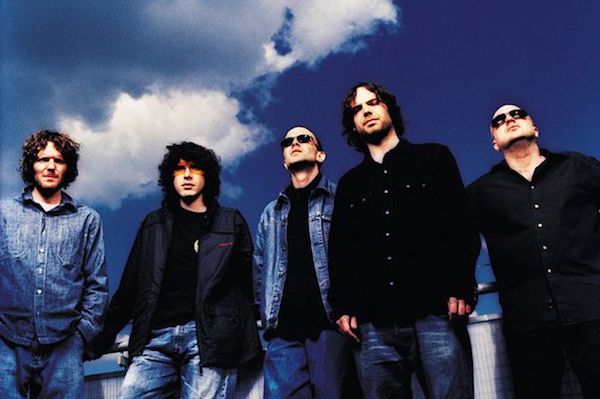