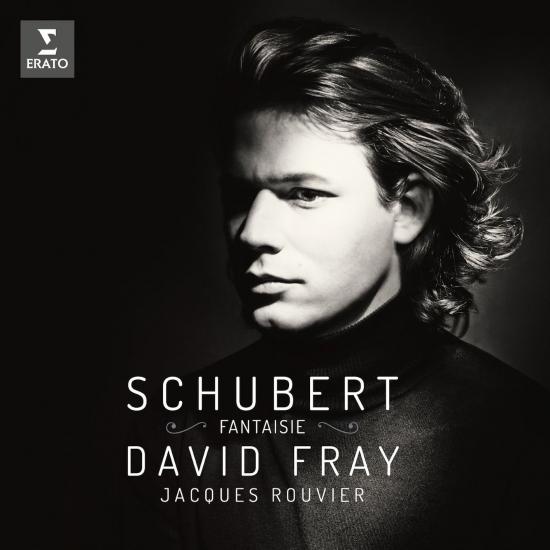 David Fray returns to Schubert with his much-anticipated second recording of the composer’s piano music, a collection of passionate late works. Along with the Sonata in G D894 ‘Fantasie’ and the Hungarian Melody D817, Fray presents two duets for piano four-hands, both composed in the last year of Schubert’s life: the Fantasia in F minor D940 and the towering Allegro in A minor D947, ‘Lebensstürme’ (‘Storms of Life’). Fray invited Jacques Rouvier, his mentor and renowned teacher from the Paris Conservatoire, to join him in the studio, making this album a true labour of love.
The young French pianist’s Schubert interpretations are universally admired, both on disc and in recital. In its review of Fray’s 2009 album of the Moments musicaux and Impromptus D899, The Guardian praised his “discerning musicality… the sheer lucidity and polish of Fray’s playing, its exceptional command of colour and touch and the way he invariably uses that range of sound to point up musical structures in a meaningful way.” Gramophone declared it “a Schubert disc of the rarest distinction”, while BBC Music Magazine joined the fray with: “What’s immediately striking about his Schubert playing is its refinement, and variety of colour.”
Although Schubert composed over 20 sonatas, only three were published during his lifetime, of which the ‘Fantasie’ G Major Sonata D894, published in 1826, was the last. After Schubert’s death, Robert Schumann described this masterpiece as the "most perfect in form and conception" of all Schubert's sonatas.
„Few pianists have been more acutely sensitive to Schubert's complex inner world” (Gramophone)
David Fray, piano
Jacques Rouvier, piano (on D940 und D947) 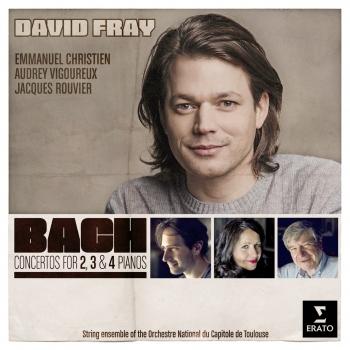 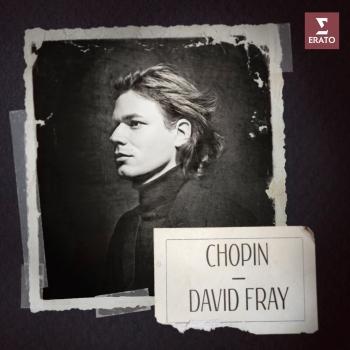 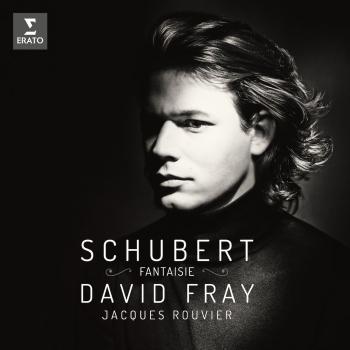 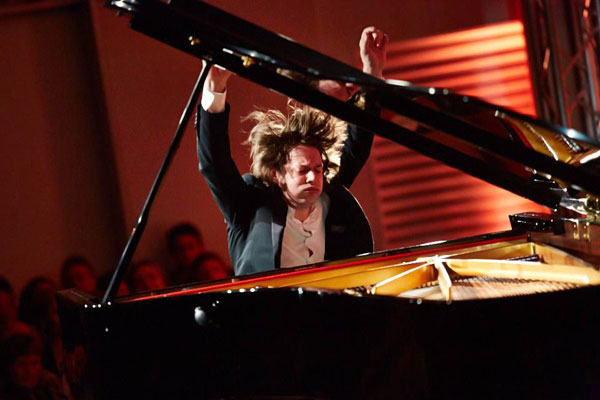 David Fray
Described as “Perhaps the most inspired, certainly the most original Bach player of his generation,” David Fray maintains an active career as a recitalist, soloist and chamber musician worldwide. He has collaborated with leading orchestras and distinguished conductors such as Marin Alsop, Pierre Boulez, Semyon Bychkov, Christoph Eschenbach, Asher Fisch, Daniele Gatti, Paavo Järvi , Kurt Masur, Riccardo Muti, Esa-Pekka Salonen, Yannick Nézet-Séguin and Jaap van Zweden among others. Orchestral highlights in Europe have included performances with the London Philharmonic, Royal Concertgebouw, Bayerische Rundfunk, Deutsche Kammerphilharmonie Bremen, Deutsche Sinfonie Orchester, Salzburg Mozarteum, Orchestra del Teatro alla Scala, Orchestre de Paris, Orchestre National de France and Orchestre de l’Opéra national de Paris. David Fray made his US debut in 2009 with the Cleveland Orchestra which was followed by performances with the Boston Symphony, San Francisco Symphony, New York Philharmonic, Chicago Symphony and the Los Angeles Philharmonic. Recital debuts followed in Carnegie Hall, at the Mostly Mozart Festival in New York and the Chicago Symphony Hall.
In 2014-15, Mr. Fray will perform with the Deutsche Kammerphilharmonie Bremen, Academy of St. Martin in the Fields, London Philharmonic, São Paulo Symphony Orchestra, Budapest Festival Orchestra, Orchestre de Paris, Tonhalle Zurich, Orchestra del Teatro alla Scala and the Vienna Symphony Orchestra. Among this season’s recital appearances are concerts at the Theatre de Champs Élysées in Paris, the Philharmonie in Berlin and the Van Cliburn Foundation in Fort Worth, Texas. In Chamber music Mr. Fray will partner again with Renaud Capuçon playing sonatas by Bach and Beethoven.
Mr. Fray holds multiple awards including the prestigious German Echo Klassik Prize for Instrumentalist of the Year and the Young Talent Award from the Ruhr Piano Festival. In 2008 he was named Newcomer of the Year by the BBC Music Magazine. At the 2004 Montreal International Music Competition, Mr. Fray received both the Second Grand Prize and the Prize for the best interpretation of a Canadian work.
An exclusive Warner Classics artist, David Fray recorded his first CD with works of Bach and Boulez to great critical acclaim. The disc was praised as the “best record of the year” by the London Times and Le Soir. Mr. Fray’s second release was a recording of Bach keyboard concerti with the Deutsche Kammerphilharmonie Bremen awarded by the German Recording Academy followed by Schubert’s Moments Musicaux and Impromptus. Mr. Fray’s most recent releases include a Schubert recital, Mozart piano concerti with the Philharmonia Orchestra and Jaap van Zweden and Bach Partitas Nos. 2 and 6 along with Toccata in C minor. In 2008 the TV network ARTE +7 presented a documentary on David Fray directed by the renowned French director Bruno Monsaingeon. The film “David Fray records Johann Sebastian Bach” was subsequently released on DVD.
David Fray started taking piano lessons at the age of four. He furthered his studies with Jacques Rouvier at the National Superior Conservatory of Music in Paris where he currently resides.