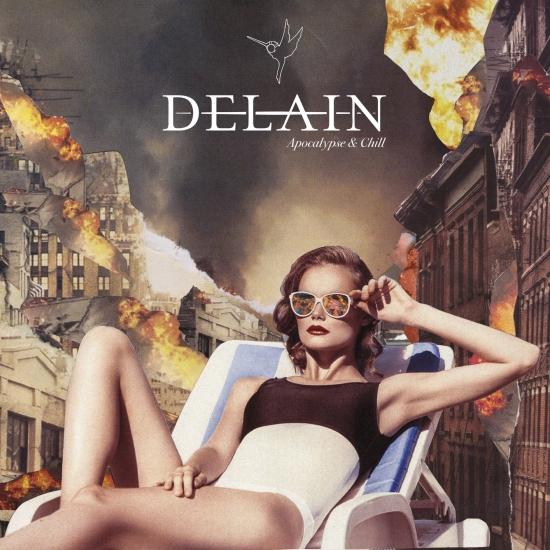 Dutch chart-topping rock outfit Delain have spent the last several years increasingly taking the world by storm, one album at a time. Now, with five successful releases already under their belts, the heavy crossover icons reach new heights with their latest multi-faceted dystopian masterpiece, Apocalypse & Chill. On Apocalypse & Chill, Delain leave all stereotypes and preconceived notions in the dust - exploring themes of impending doom and human indifference - making this their boldest, most daring and undeniable offering yet. Apocalypse & Chill is a refresher - carefully yet powerfully weaving violent riffs, synth heavy soundscapes and fully orchestrated compositions with vocalist Charlotte Wessels' unmatched vocal potency, while not straying too far from the band's established sound. "We think Apocalypse & Chill will surprise our listeners," the band states. "It is heavy with new influences and we're really curious to find out how our audience will respond to that."
"For this, Apocalypse & Chill provides a complete journey, one that sees the group stepping beyond mere Symphonic Metal to explore a multitude of intriguing sonic territory as they continue to exude exquisite musicianship and a gift for crafting undeniably catchy yet heavy hooks. Because of this, Cryptic Rock give Apocalypse & Chill 4 of 5 stars" (crypticrock.com)
Delain 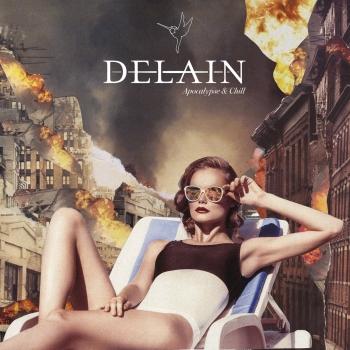 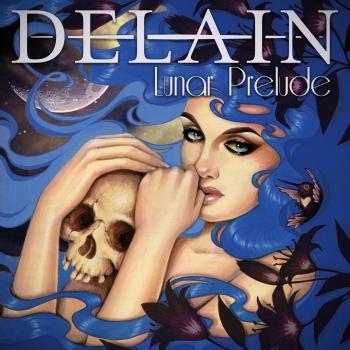 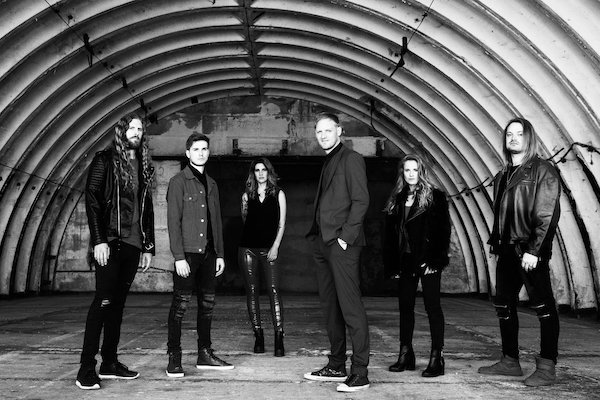 Delain
Dutch symphonic rockers DELAIN have been releasing and performing their signature catchy melodic metal sound worldwide for over a decade now. The five albums on their name include guest performances from the titans of the scene, among others: Sharon Den Adel (WITHIN TEMPTATION), Marco Hietala (NIGHTWISH), Alissa White-Gluz (ARCH ENEMY), Burton C. Bell (FEAR FACTORY).
Having toured the globe with bands like NIGHTWISH, SABATON andWITHIN TEMPTATION, and having rocked festivals like WACKEN,GRASPOP, DOWNLOAD and FORTAROCK, DELAIN have strongly carved their niche within the scene. The band is currently working on the follow up to their chart hitting record Moonbathers, due 2019. Bridging the gap between studio records is their first ever live DVD “A Decade of Delain - Live at Paradiso” released October 2017, and - proving themselves to one of the most productive bands in the game - Delain are currently in the mixing phase of an extensive new special release that will precede their next studio album.
MOONBATHERS release interview, Martijn Westerholt & Charlotte Wessels by Dom Lawson, 2016
The release of Delain’s fifth album, the stunning Moonbathers, looks certain to further enhance their already sturdy reputation. In collaboration with guitarists Timo Somers and Merel Bechtold, bassist Otto Schimmelpenninck van der Oije and drummer Ruben Israel, Charlotte Wessels and Martijn Westerholt have conjured what is plainly the most diverse, daring and powerful album of Delain’s remarkable story so far. Ranging from the thunderous pomp and melodic might of opener Hands Of Gold and the brooding rush of Suckerpunch through to the dark, exploratory grandeur of Chrysalis – The Last Breath and an exhilarating cover of unsung Queen gem Scandal (originally from the British legends’ album The Miracle), Moonbathers showcases the blossoming of the Dutch band’s creativity and collective chemistry.
Martijn elaborates: “Releasing a Queen cover is risky business, but the song Scandal just fits Delain perfectly having exactly the right vibe. With the blessing of Brain May we were able to create our own surprising version of it. The result is a typical Delain sound on a legendary song. Opening track Hands Of Gold is a song Im very proud of as well. It’s very heavy, very fast, and Alissa’s grunts, growls & backing vocals are fantastic and refreshing. A new sound for Delain, and an especially heavy introduction of this album.”
“What we usually do at the beginning of an album process is consider what we liked and didn’t like about the album before, and we realized that we really liked the production on The Human Contradiction. We deliberately chose to keep certain factors similar to that,” explains Martijn, who took the producer position for this album, as he did on their previous one. “We worked together with the same mixing team, the same master, and the same classical arranger, and in that sense we continued where we left off.” When it comes to the songs themselves it’s a different story.
“We had the luxury problem of doing back to back tours. As we didn’t have the time to take a break from touring long enough to write and record an entire album, we decided upfront to chop up the entire process into three chunks, in order to utilize the smaller timeframes between tours and give the songs the time and attention they needed. As a result, it’s a very varied album. It’s an album of extremes: the heavy songs are heavier, the ballad more sensitive, and then there’s songs with a real rock vibe, and that’s due to the way we recorded it, in different times, in different places and in different moods.”
Renowned for penning lyrics that resonate with Delain’s huge fan base, Charlotte has excelled herself on Moonbathers, drawing from her personal experiences and taking inspiration from literature and cinema to compose the band’s darkest but deepest set of mysterious messages yet.
“I was looking at the lyrics and some of them were dark to the point of being morbid!” she laughs. “There is a lot of thought about endings, both figuratively and very literally; songs about death. Negative emotions are a trigger for my creativity, but though most of my lyrics originate there, I don’t want to glorify it. So as a lyricist I try to make sure that there is always some sort of light at the end of the tunnel. I also realized that when I feel bad, it is sad music more than anything that makes me feel better. So I embraced the idea that it’s possible to find comfort there, and I went looking for a metaphor for finding that light in the darkness, the ultimate icon of that, for me, is the moon. So I chose moonbathers, rather than sunbathers, as a metaphor for those who find comfort in darkness.”
Martijn looks back with a smile: “Moonbathers turned out fantastic. The productional quality, heaviness, contrast between light and heavy parts is very refreshing. The sound is exactly what we were were aiming for. Heavy but transparant, I think we achieved the typical Delain style now. Very recognizable, and with it’s own identity.”
2016 has already proved to be a special year for Delain, but the sky’s the limit for this most ambitious and enthusiastic of bands. Moonbathers proves that their artistic impulses are still firing with full force and with an ever-expanding global audience anticipating their return to the live arena, this band are plainly on the fast track to ever greater and more enduring success.
“We don’t know how we’ll top this year, but after we’re done with all the 10th anniversary celebrations, We’ll set our eyes back to the future!” the band concludes. “Let’s start preparing for that next decade of Delain and our 20th anniversary! Releasing new music is always an exciting process and we’re enjoying our time on the road so much now that we just want to keep going onwards and upwards and continue the road we’re on.”