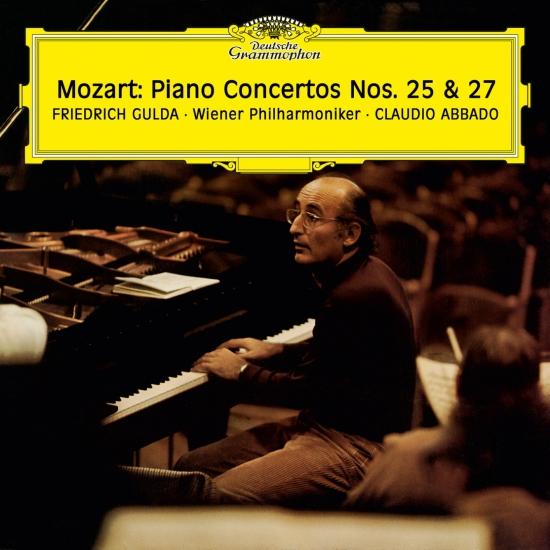 The year 1786 was one of Mozart's most fruitful, full of diverse works in his most mature vein. It was crowned with the production of the C major Concerto, K. 503, and the "Prague" Symphony. This concerto is the last of the series in C major, and combines with its companion K. 491 in C minor, which in turn succeeded the A major K. 488, to make a trilogy that has been likened to the three great symphonies of two years later. Whatever the family similarities between the other pieces may be, there is no doubt that the C major Concerto, like the C major Symphony, show Mozart glorying in the complete mastery of means and offering a certain Olympian grandeur that at the same time does not exclude his more tender, eloquent vein.
Its first moment is the most grand and heroic, as is evident from its very opening bars, and it is conceived on a scale that goes beyond anything even Mozart had written until then. If Beethoven's first two concertos are often described as Mozartian, this one by Mozart can truly be said to look forward to the younger composer's music but the "advanced" nature of the writing in this opening movement does not exclude subsidiary ideas in Mozart's sweetest, most feminine1 vein. The development is of a size to match the prodigality of material in the exposition.
Friedrich Gulda, piano
Wiener Philharmoniker
Claudio Abbado, conductor
Digitally remastered 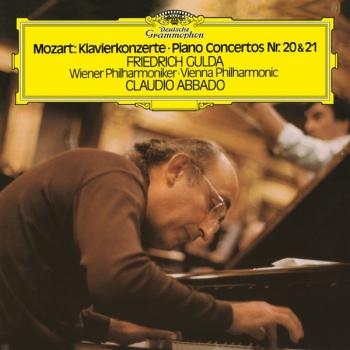 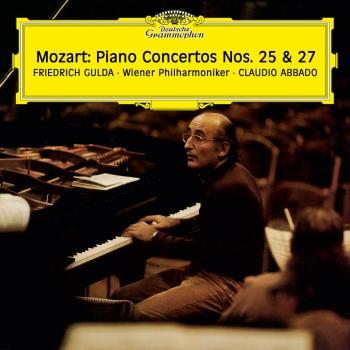 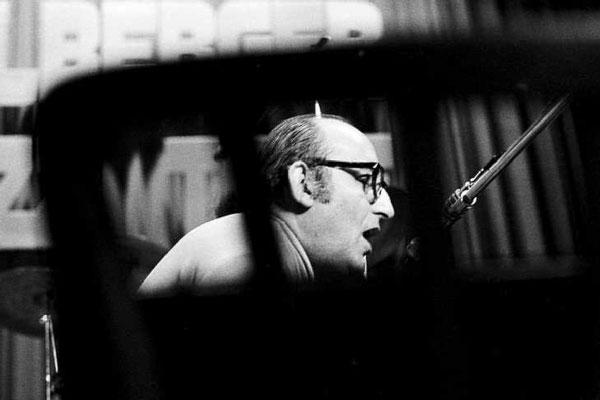