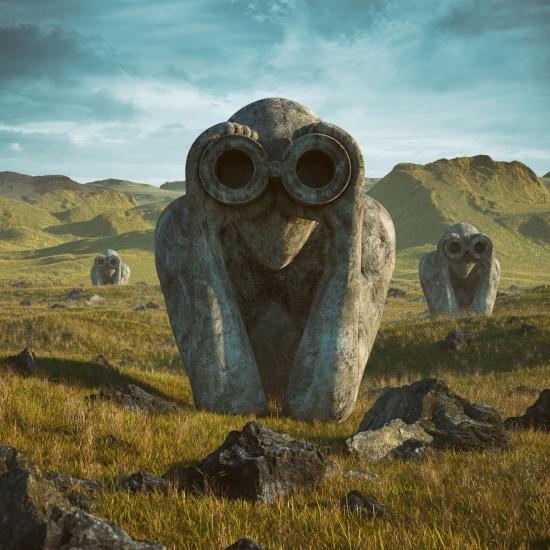 On 16 November 1978 appeared ‘Equinoxe’. Forty years later, his successor appears for the day. In 1978, Jean-Michel Jarre composed and produced an album that would reflect the music of our future, revolutionizing electronic music history. As a supporting element, it was ‘Equinoxe’ to the ‘Watchers’ (the observers), which were seen on the original album cover in infinite numbers. These Watchers were in 1987, in an emerging era of technology and innovation, a symbol of machines watching us. An early vision of what the future would bring us.
On "Equinoxe Infinity", Jean-Michel Jarre continues this idea. The new work will be released with two covers by artist Filip Hodas. The one version embodies a future in which man lives in harmony with nature. The other version shows the destruction that machines and humans could bring across the planet. For the well-known as innovator and pioneer Jean-Michel Jarre, the topic of Artificial Intelligence and Man vs Machine is the most important and explosive topic for the future of humanity. For his thoughts JARRE was honoured in 2017 with the Stephen Hawkings Medal for Science.
Jean-Michel Jarre, keyboards, synthesizers, effects, production