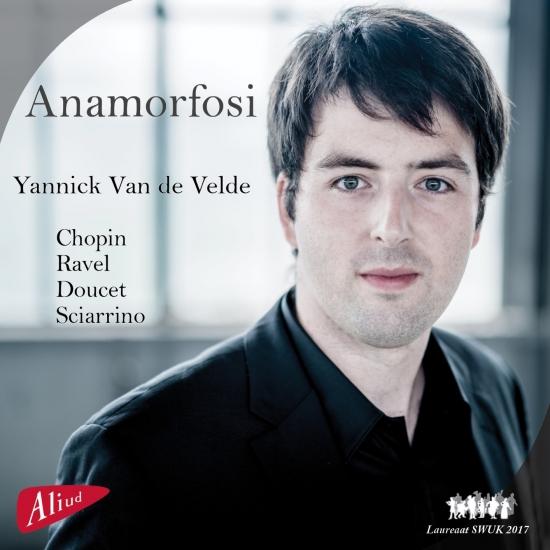 In Greek, the word signifies the reshaping (ana) of a form or image (Morfe). Since the Renaissance, artists have reshaped and experimented with perspectives on images. However, such reshaping can also occur in music, and this idea constitutes the concept of this album. The starting point of this album are compositions by Chopin (I) and Ravel (II), which are subsequently transformed into contemporary idiom and “perspective”, in the Chopiniata by Clément Doucet (I/1) or Anamorfosi by Salvatore Sciarrino (II/1).
Yannick van de Velde, piano 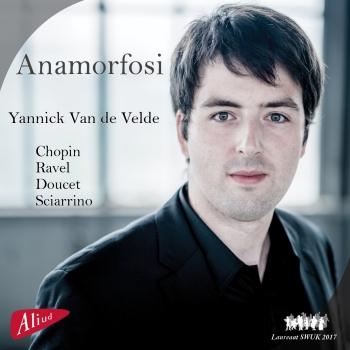 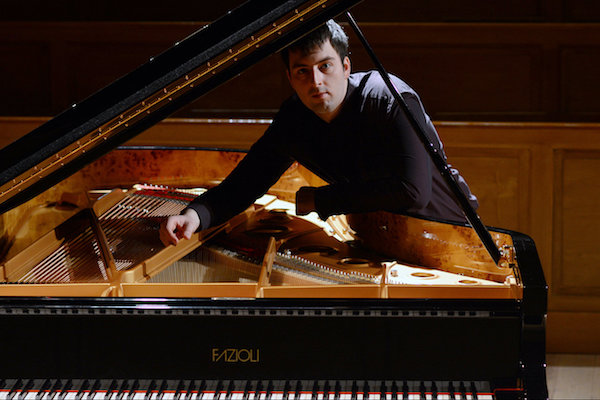 Yannick Van de Velde
Passionate, sensitive, intelligent, and talented, these are a few words one can think of when listening to Yannick Van de Velde’s piano playing. He is among the summit of the musical scene in Belgium and across Europe.
Born into a family of musicians, he quickly became devoted to music. His ever-growing passion for music brings him on an exciting road as pianist and musician.
Mr. Van de Velde is a prizewinner in many international competitions: he was finalist of the Busoni Competition in Bolzano, Italy (2015), “Prix d’Argent” and Public Prize in the Piano Campus Competition in Paris, and first prize in the Nany Phillepart Foundation Competition.
Yannick Van de Velde has strong experience as a soloist as well as a chamber musician. Among his repertoire are more than 30 concerti and integral music of Maurice Ravel. He has played under the baton of conductors such as Erich Lederhändler, Etienne Siebens, Michael Hofstätter, Ivo Venkov, Fabrice Parmentier, and others. Among his chamber music partners are members of the Berliner Philhamoniker: Nobuko Imai, Eldar Nebolsin, Michel Arrignon, ...
Strongly interested in contemporary music, he played the world premiere of “Chanson” for piano and orchestra by Jean-Frédéric Neuburger and “Dream” of Frederic Rzweski.
Yannick Van de Velde performed across the world in famous venues such as the Philharmonie of Berlin, the Acropolis Museum in Athens, Lincoln Center in New York, Center of Fine Arts and studio 4 of Flagey in Brussels, Casa da Musica in Porto, Palacio de Festivales in Santander, …
Mr. Van de Velde has studied with Klaus Hellwig, Elisso Virsaladze, Jean-Claude Vanden Eynden, and Jan Michiels. He also has been strongly influenced by great personalities such as Arie Vardi, Menahem Pressler, Paul Badura-Skoda, Hung-Kuan Chen, Evgeny Koroliov, Rudolf Buchbinder, Brigitte Engerer, Karl-Heinz Kämmerling, Robert McDonald, and Jerome Lowenthal.