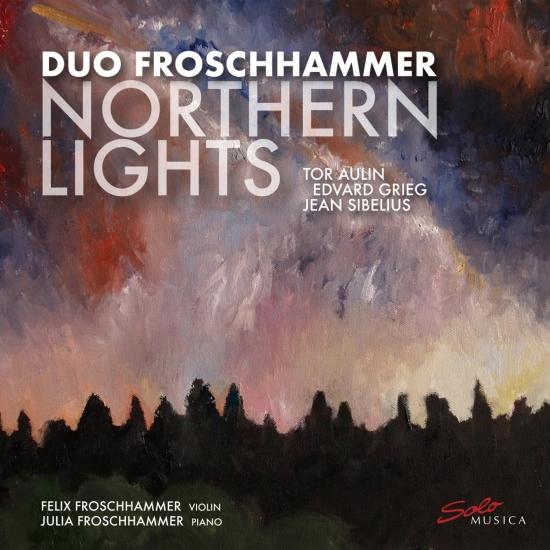 Active as interpreters in the European musical world, Scandinavian composers in the 19th century were interested in shaping their own style and incorporating it into European music. They were greatly influenced by folk music of different regions in Sweden, Norway and Finland. The Swedish violinist and violin pedagogue, Tor Aulin (1866-1914), was committed to the great romantic music tradition. In 1899, Aulin composed his “Four Watercolors” for violin (or cello) and piano. Also on the disc is the Sonata for violin and piano No. 1 in F Major by Edvard Grieg and following are four miniatures by the composer Jean Sibelius. On the voyage of discovery of traditional sounds of Nordic music, one arrives almost inevitably to Nordic folk music, which inspired the classical composers. Folk melodies are usually interpreted by a group of string instruments, or accompanied by guitar, flute and accordion, and are available today in collections according to the traditional mostly oral transmission. Fritz Froschhammer arranged these versions for violin and piano on this album in cooperation with the Duo Froschhammer in 2017. The Duo Froschhammer features siblings Felix Froschhammer (First Violinist of the casalQuartett and Concertmaster of both the Ensemble Symphonique Neuchâtel and Sinfonietta de Lausanne, Switzerland), violin, and Julia Froschhammer, piano. Founded in 1998, the Duo has since performed in Switzerland, Germany, Italy, France, Malta and at the famous Atheneum in Bucharest. Together they are prize winners of the International Wolfgang Jacobi Competition for 20th century chamber music and have been recipients of scholarships from the Bavarian Music Fund.
Duo Froschhammer 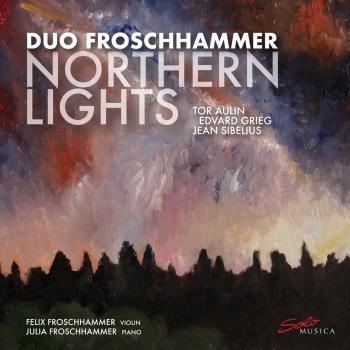 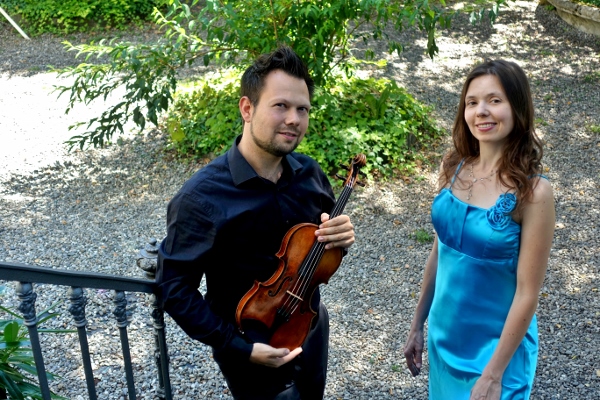 Julia Froschhammer
Born in Munich, Julia Froschhammer began piano studies at the age of six with her father, the pianist and composer Fritz Froschhammer. In 1995, she won first prize in the Jugend Musiziert competition, and in 2000 she won, in duo with her brother Felix, first prize in the violin and piano category of the Wolfgang Jacobi International Competition. Their performance at the winners’ concert of the same competition was chosen for a CD recording.
Having obtained her artistic diploma with Vadim Suchanov at Munich’s Richard Strauss Conservatoire, Julia joined the Haute Ecole Musique de Lausanne (HEMU) in 2002, studying with Jean-François Antonioli, and supported by a scholarship from the Bayerischer Musikfonds.
In 2005, she won the Paderewski Prize, the Ganz Prize, and was awarded her concert diploma with distinction. In 2007, she was awarded her soloist’s diploma.
Julia performs regularly in different ensembles and as a soloist – in recital, and with orchestra – as well as a chamber musician (from duo to quintet). She plays together with her brother Felix (violinist) in their Duo Froschhammer, as well as with him and the cellist Magdalena Morosanu in their Trio Léman. These programmes have seen them give many concerts throughout Europe (including at the Timisoara muzicala Festival, or the Victoria International Arts Festival). As a soloist and with tenor Fabio Antoniello, Julia has regularly performed at the Piano à St Ursanne festival. With the harpist Céline Gay des Combes as the Duo Harpian, she has given numerous concerts. In 2013 they recorded a CD for the swiss label VDE-Gallo with French and Spanish music for Duo and Solo.
Julia Froschhammer has participated in a large number of masterclasses, notably with Pierre Amoyal and Pavel Gililov at the Lausanne Summer Music Academy 2002, with Jean-François Antonioli in Italy, and with the Trio di Trieste at the famous “Accademia Musicale Chigiana” in Sienna in 2003, where she received a Diploma di Merito.
Alongside her concert career, Julia expresses part of her love for music through teaching, notably as professor of piano at the Institute de Ribaupierre in Lausanne.
An accomplished artist, she is also a painter, with an intense production of oil paintings and watercolours. She also made cover illustrations for books (Edition Elm) and is regularly invited for exhibitions in Switzerland and Germany.