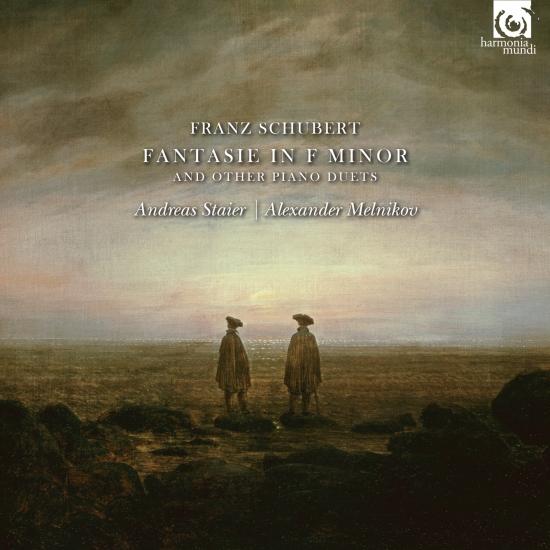 Info for Schubert: Fantasie in F Minor and Other Piano Duets

"I have composed a big sonata and variations for four hands, and the latter have met with a specially good reception here, but I do not entirely trust Hungarian taste, and I shall leave it to you and to the Viennese to decide their true merit" So wrote Franz Schubert in 1824, evoking the popular 19th-century genre for 4-hands piano that publishers were always pestering him to write for. In his brief life Schubert devoted 32 compositions to this form and the least of these pieces, be it a ländler, polonaise or march, radiates with all of his finesse and sensitivity. Three are incontestable masterpieces, in the same rank as his sonatas or quartets: the Variations D813, the Fantasie D 940 and the Rondo D 951. All three date from the composer's final years, a period that gave birth to his most accomplished works.
In concert, Andreas Staier and Alexander Melnikov have played Bach's 'Well-Tempered Clavier', with Staier at the harpsichord, alongside Shostakovich's '24 Preludes and Fugues', with Melnikov at the piano. Sharing a keyboard evidently suits them just as well; their unique musical complicity bringing together four hands and two immense talents.
"Two very different but like-minded musicians, Andreas Staier and Alexander Melnikov, sat down together and offered a careful selection of these pieces...two musicians indulging in a Schubert feast of often outstanding quality...They breathed together, evolved together, gave each other wings. It is such a pleasure watching music being made through teamwork, even in - particularly in - the smallest of teams...Staier might as well have sung simultaneously, or instead of playing, such was his understanding and interpretation of those lines, behind which there is always a wordless Lied. The haunting opening theme in the Fantasy in F minor, D.940, with its pounding appoggiatura that stubbornly delays the perfect fourth interval that follows, defied any description." (Reviewed at Auditorio Nacional de Musica, Madrid on 23 September 2014, Laura Furones, Bachtrack)
Andreas Staier, fortepiano Graf by Christopher Clarke
Alexander Melnikov, fortepiano Graf by Christopher Clarke 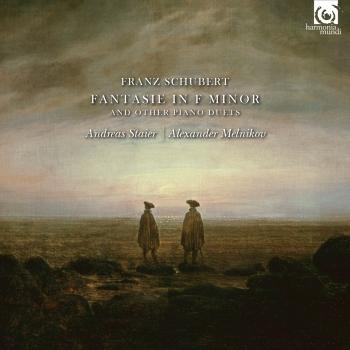 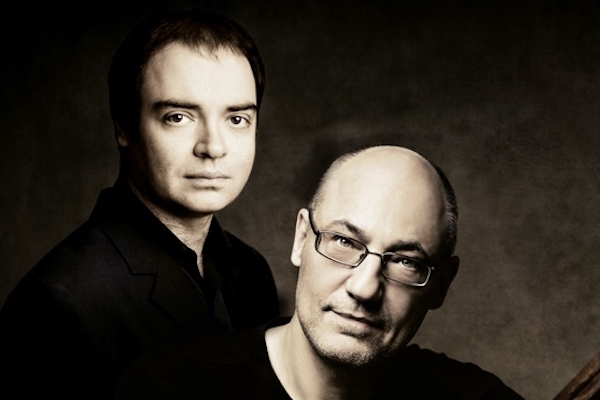 Booklet for Schubert: Fantasie in F Minor and Other Piano Duets