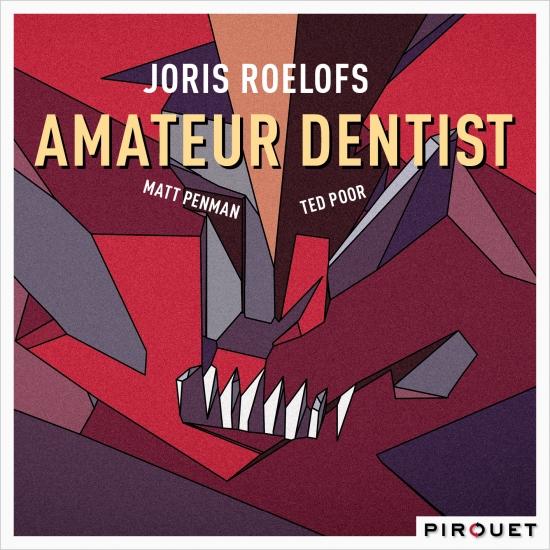 Amateur Dentist: on their second PIROUET CD Dutch bass clarinetist Joris Roelofs and his trio partners bassist Matt Penman and drummer Ted Poor once again manage to surprise; with sounds that reverberate with shimmering colors, they fathom the possibilities of this unusual lineup. It all leads to an engaging musical world that is both fun and captivating.
He has left a trail with his deep-toned play. There was a lot of excitement over Aliens Deliberating, bass clarinetist Joris Roelofs’ 2014 debut album on PIROUET. The critic from Jazz ’n’ More discovered “the fascinating magic of the bass clarinet”. “Quite simply, a miniature master- piece.” So said RONDO. Fono Forum praised a music with “radiance” and “urgency” that “cajoles with its full tones”, and Jazz Podium had an especially incisive summary: “a new arrival is coming to maturity, someone who may well soon be one of the greats,” someone who swings “like the bass clarinet devil.” Now Dutchman Roelofs brings out his second CD on PIROUET. Once again there’s a colorful, cunning title—Amateur Dentist—more about the title later. The music on this CD amazes with an even richer variety of sounds than the first one. Its expressive power sparkles, bursting with intensity. The group seems almost Spartan, yet it’s a masterful ensemble, with bassist Matt Pennman and drummer Ted Poor joining Roelofs.
Fans of straight-ahead, swinging jazz will be just as capti- vated by this album as lovers of subtle ‘chamber jazz’— music with more of a contemporary classical flair—will be. The trio’s desire to explore, their passion for playing is palpable.
Joris Roelofs, bass clarinet
Matt Penman, bass
Ted Poor, drums 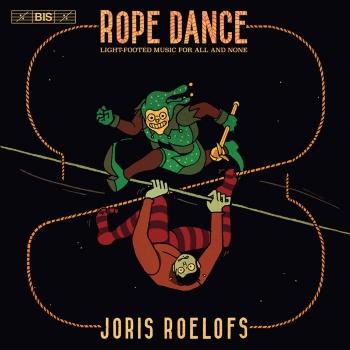 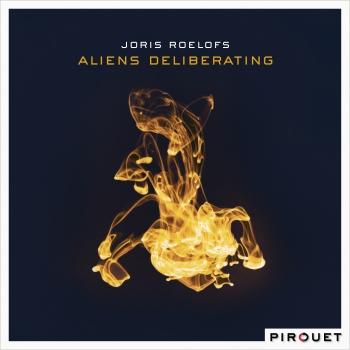 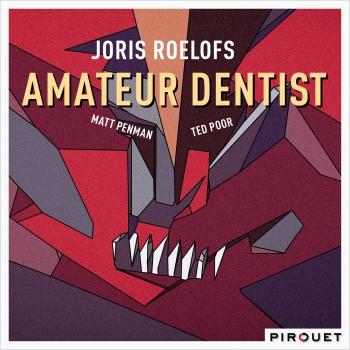 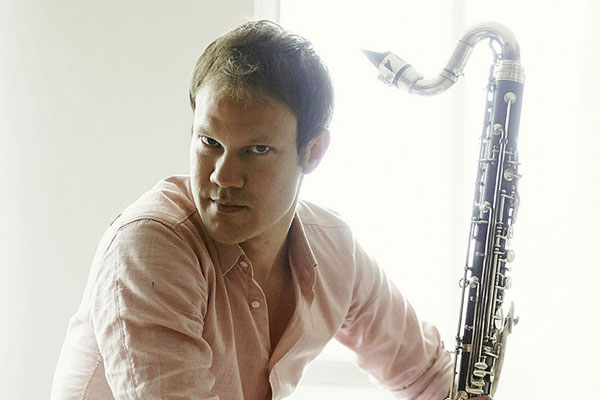 Joris Roelofs
born February 21, 1984 in Aix-en-Provence (France), raised in Amsterdam (Netherlands), plays saxophones, clarinet and bass clarinet. He started to play classical clarinet at the age of six, and then started the alto saxophone at the age of twelve. He was a member of the Vienna Art Orchestra from 2005 – 2010. Joris also plays lead alto in the Jazz Orchestra Of The Concertgebouw in the Netherlands.
He graduated in 2007 as a Master of Music at the Conservatory of Amsterdam. In 2001 Joris won the Pim Jacobs Price.
In 2003 he received, as a first non-American, the Stan Getz/Clifford Brown Fellowship Award in the US, organized by the International Association Of Jazz Education (IAJE). The IAJE also honored him with a ‘First Level’ price. In 2004 Joris received the first price of the prestigious Deloitte Jazz Award in the Netherlands.
In 2008 he was selected for the Thelonious Monk International Saxophone Competition.
Among others, Joris played with Brad Mehldau, Dee Dee Bridgewater, Christina Branco, Lionel Loueke, Eric Harland, Lewis Nash, Aaron Goldberg, Ralph Peterson, James Carter, Vanguard Jazz Orchestra, WDR Big Band, Ari Hoenig, Matt Penman. In 2010 he was asked by Brad Mehldau to perform with him at the Carnegie Hall in New York and Sanders Theatre in Boston, along with Chris Potter, Joshua Redman, Chris Cheek, Greg Tardy, Sam Sadigursky, Timothy Andres and Becca Stevens. In a Dutch TV show, at age 16, Joris performed the famous clarinet introduction of Gershwin’s Rhapsody In Blue with the Orkest van het Oosten, and was featured as a soloist with the Jazz Orchestra Of The Concertgebouw.
Also he recorded as a special clarinet soloist with the Metropole Orchestra with Laura Fygi (2004). As a leader he performed several times at the North Sea Jazz Festival, Concertgebouw in Amsterdam, Smalls Jazz Club in NYC, among other places. In October 2008 he did a European release tour with Ari Hoenig, Aaron Goldberg and Johannes Weidenmueller to promote his debute album ‘Introducing Joris Roelofs’. In 2009 and 2010 Joris did a quartet tour in Europe with Aaron Goldberg, Reginald Veal, Joe Sanders, Greg Hutchinson.
Joris also plays in the Chambertones Trio, with Jesse van Ruller and Clemens van der Feen. They released two albums: ‘Chamber Tones’ and ‘The Ninth Planet’, and did a release tour in Japan for each album. Joris’ last CD ‘Live At The Bimhuis’ was released in 2011 and was nominated for a Edison in 2012. He founded another trio in 2011 with Ted Poor and Matt Penman, featuring Joris on bass clarinet. They did a tour in 2011 and 2013, and their new album will be released in January. As a sideman Joris has played at a large number of international jazz festivals and jazz clubs, all over the world. He moved to New York City in March 2008, and moved back to Amsterdam in 2011.