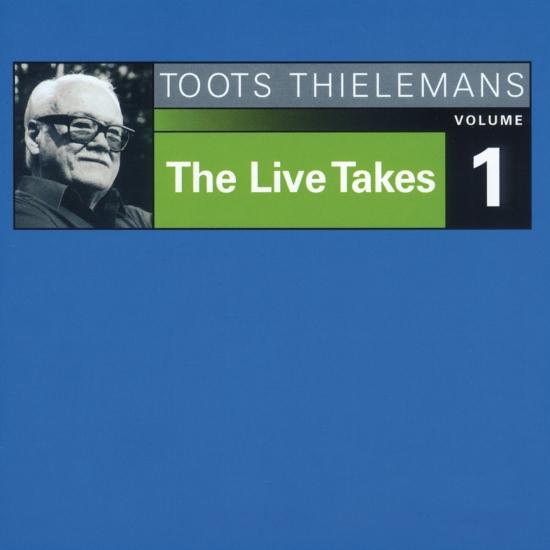 „Toots Thielemans began his career as a guitarist, though he gained great fame as the most widely known jazz harmonica player, literally without much competition for most of his career. This collection of live performances from 1994 to 1998 was mostly recorded by his personal engineer Vincent Tempels, except for those performances taking place outside Belgium. The opening medley is a lot of fun, combining a deliberate, romantic 'I Loves You, Porgy' and an uptempo 'Summertime' by connecting them with a brief snippet of Miles Davis' 'All Blues,' with superb accompaniment by pianist Nathalie Loriers. Kenny Werner, who has often been Thielemans' keyboardist of choice late in his career, is heard on several tracks, adding lush synthesized strings behind the leader in his moving composition 'Hard to Say Goodbye' and the elegant rendition of 'Body and Soul' (which sounds very different from the usual arrangements with Werner's interesting choice of backgrounds). The third keyboardist is Michel Herr, who is Thielemans' sole accompanist on piano for the thoughtful, imaginative setting of 'Stardust,' though he proves to be a bit distracting on keyboards in 'I Do It for Your Love.' Thielemans' fans who expect more space devoted to standards and jazz works without the electric keyboards may be disappointed with this compilation, but the harmonica great shines throughout these concert excerpts recorded late in his career.“ (Ken Dryden, AMG)
'...Herr, on the other hand, provides one of the most startling moments on the album with his keyboard soloing on Jaco Pastorius' 'Three Views Of A Secret.' The rest of the rhythm section takes cues from his more aggressive statements, taking the music up a few notches in the energy department. ...At the other end of the album, 'That Misty Red Beast' mixes smooth sensibilities with a zealous, Joe Zawinul-like second half. While the ballads might mark Thielemans as an artist that has found a comfortable niche, this track marks him as a man who is still eager to explore where this music can take him.' (Dan Bilawsky, AllAboutJazz)
Toots Thielemans, harmonica
Nathalie Loriers, piano (on track 1)
Kenny Werner, piano, keyboards (on tracks 2-3, 5, 8-9)
Michel Herr, piano, keyboards (on tracks 4, 6-7)
Sal La Rocca, double bass (on track 1)
Ray Drummond, double bass (on tracks 2-3)
Jay Anderson, double bass (on tracks 5, 8-9)
Michel Hatzigeorgiou, electric bass (on tracks 6-7)
Bruno Castellucci, drums (on tracks 6-7)
Adam Nussbaum, drums (on tracks 5, 8-9)
Jukkis Uotila, drums (on tracks 2-3)
Recorded live in 1994-1998 in various locations in Belgium and in Birdland, New York
Engineered by Vincent Tempels, David Ruffo
Digitally remastered 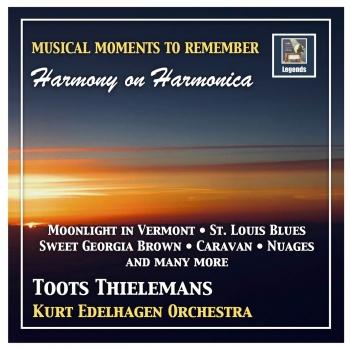 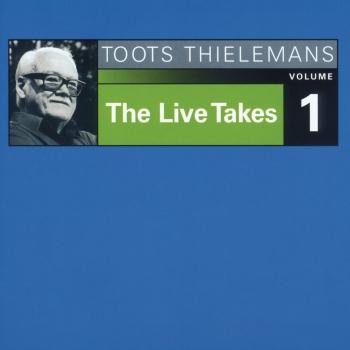 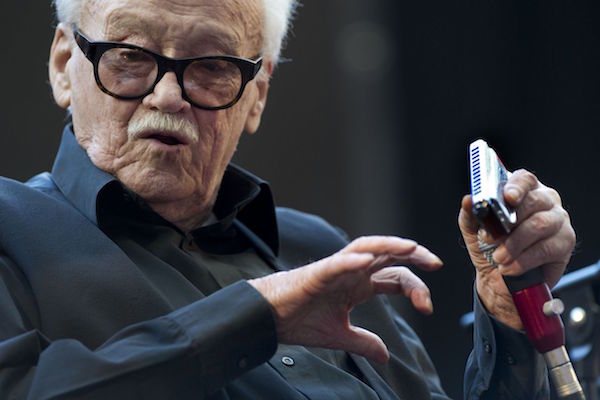 Jean “Toots” Thielemans
was born in Brussels, Belgium on April, 29 1922. He played accordion at the age of 3 and started playing harmonica as a hobby. His first guitar, won on a bet. During the German occupation he got hooked on Jazz or as he says himself, “contaminated” by the jazz virus. His first idol was Django Reinhardt and very early he was influenced by Charlie Parker. He got his nickname “Toots” after Toots Mondello and Toots Camarata. First international break through was when he joined Benny Goodman on an European Concert tour in 1950. Immigrating to the USA in 1952, he became a member of the Charlie Parker’s All Stars in Philadelphia and worked for 6 years with the George Shearing Quintet.
Toots originated a new sound by whistling and playing the guitar in unisono which he did for commercials. The best known is “Old Spice”. In 1962 he composed “ Bluesette”. He was asked as harmonica soloist for many filmscores such as, Midnight Cowboy, The Getaway, Sugarland Express, Cinderella Liberty, Turks Fruit, Jean de Florette… Toots played concerts and made recordings with musicians like George Shearing, Ella Fitzgerald, Quincy Jones, Bill Evans, Jaco Pastorius, Natalie Cole, Pat Metheny, Paul Simon, Billy Joel… You can hear him as a soloist on the TV theme of Sesame Street. Until two years ago he was the perennial winner of Down Beat readers and critics poll in the category “miscellaneous instruments”.
2001- The King of Belgium, Albert II the King honored him with the title “ Baron”. That same year he received the title Professor Honoris Causa at the 2 universities of Brussels, Belgium. Also receiving from Gilberto Gill in 2006 the title “Comendador da Ordem do Rio Branco”, a very high distinction in Brasil.
2008- The National Endowment for the Arts honored him with the NEA 2009 Jazz Master Award, the highest distinction for a Jazz musician in the USA.
2009- Toots received the Amsterdam Concertgebouw Jazz Award in The Netherlands. His favorite compliment is from the late Clifford Brown “Toots, the way you play the harmonica they should not call it a miscellaneous instrument”.