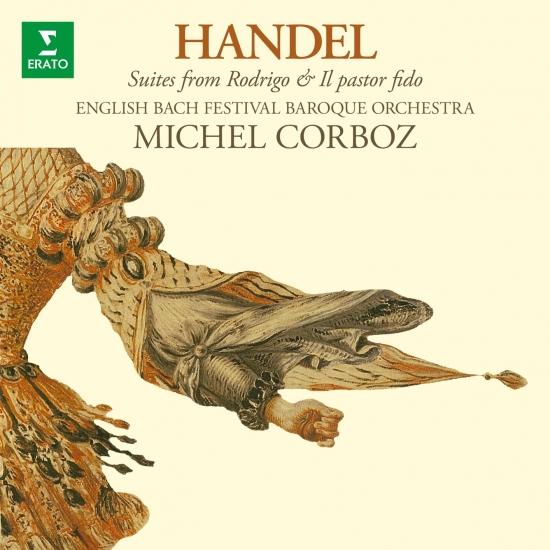 Swiss conductor Michel Corboz heads the English Bach Festival Baroque Orchestra in this programme of works from George Frideric Handel, focusing on the Suite from Rodrigo, HWV 5 and Il pastor fido, HWV 8a.
Rodrigo (HWV 5) is an opera in three acts composed by George Frideric Handel. Its original title was Vincer se stesso è la maggior vittoria ("To overcome oneself is the greater victory"). The opera is based on the historical figure of Rodrigo, the last Visigothic king of Spain. The libretto was based on Francesco Silvani's II duello d'Amore e di Vendetta ("The conflict between love and revenge"). Dating from 1707, it was Handel's first opera written for performance in Italy, and the first performance took place in Florence late in 1707.
Il pastor fido ("The Faithful Shepherd") (HWV 8) is an opera seria in three acts by George Frideric Handel. It was set to a libretto by Giacomo Rossi based on the famed and widely familiar pastoral poem of the 'Il pastor fido' by Giovanni Battista Guarini. It had its first performance on 22 November 1712 at the Queen's Theatre in the Haymarket, London.
English Bach Festival Baroque Orchestra
Michel Corboz, conductor
Digitally remastered 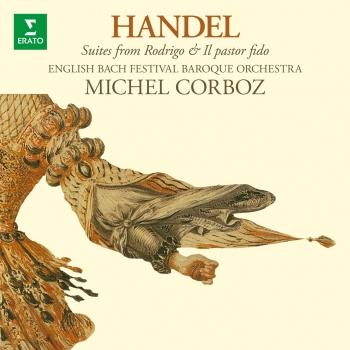 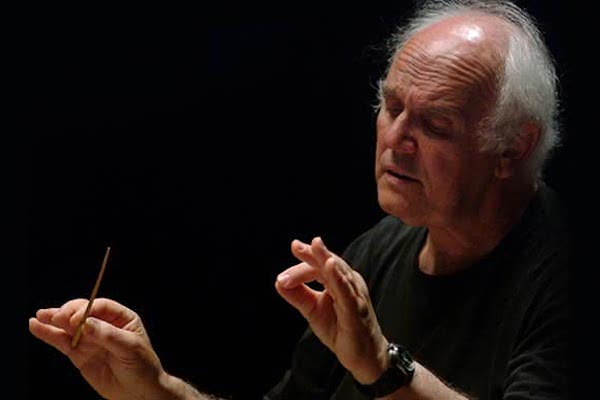 Michel Corboz
Corboz’s entrance in the musical world was deeply connected to his interest in the human voice and the vocal music repertoire. Consequently, throughout his career he conducted all over the world a great variety of oratorios and other musical genres including chorus, soloists and orchestra.
After founding the Ensemble Vocal de Lausanne, in 1961, he was granted numerous distinctions and enjoyed the enthusiastic reception of the press, namely to his first recordings of Monteverdi’s Vespers and Orfeo, held respectively in 1965 and 1966. This marked the beginning of a long career that has evolved naturally, without particular ambitions, enriching itself every year with a new work.
In 1969, Michel Corboz was appointed Principal Conductor of Coro Gulbenkian, a position which he has held since then with unsurpassed talent. With Coro Gulbenkian he conducted a large number of performances and recordings, which highlighted the fundamental and rare qualities of this vocal ensemble.
His discography includes over one hundred titles, which were often awarded prizes by several international disc academies. Among his recording achievements, the most notable include the great sacred works of Bach and Mozart, Monteverdi’s La Selva Morale, Mendelssohns oratorios and the Requiems by Brahms, Fauré, Duruflé and Verdi. In the Opéra de Lyon he recreated Cavallis Ercole Amante, a work composed for the marriage of Louis XIV, as well as Charpentiers David et Jonathas. In the opera field, he conducted L’Incoronazione di Poppea, Il ritorno d’Ulisse in patria, as well as Orfeo by Monteverdi.
In December 1999, Michel Corboz was decorated by the President of the Republic of Portugal with the Great Cross of the Order of Infante Dom Henrique.
Among his many recordings with Coro e Orquestra Gulbenkian, highlights include Mozart’s Requiem; Puccini’s Messa di Gloria (Erato), Mendelssohn’s Psalms, Lauda Sion and Lass’ O Herr (2CD Erato) which was awarded a «Diapason d’Or»; Marc-Antoine Charpentier’s Te Deum, Beatus Vir, Salve Regina and Tenebrae Factae Sunt (Erato); Mendelssohn’s Elias (Erato); João de Sousa Carvalho’s Te Deum (Cascavelle); Verdi’s Requiem (Fnac Music) distinguished as «Classique d’Or RTL»; João Domingos Bomtempo’s Requiem (Aria Music); Beethoven’s Mass in C major, op. 86, and Schuberts Mass nº 2 in G major, D.167 (Erato), as well as Franz von Suppé’s Requiem (Aria Music).