9/11: 20 (Memorials on the Twentieth Anniversary of September 11th) Adam Swayne 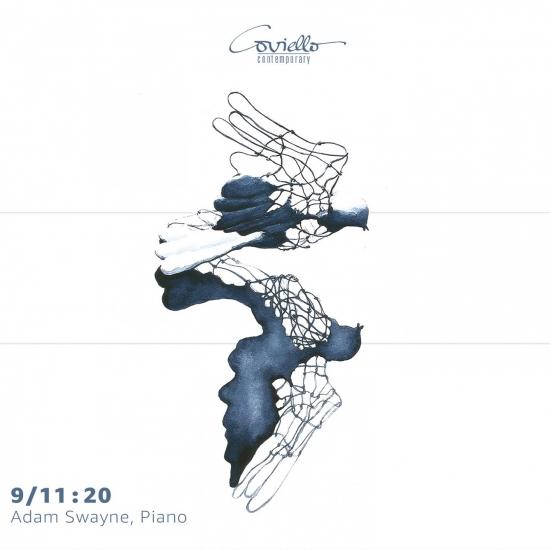 Info for 9/11: 20 (Memorials on the Twentieth Anniversary of September 11th)

Throughout the recital, voices from a diverse range of American communities are heard. These include African American composer Karen Walwyn, gay New York composer David Del Tredici and a brand new work by Kevin Malone: “Sudden Memorials”, which aims to capture in sound the instant and fleeting memorials that friends and relatives leave at the scene of a tragedy. The work embraces polystylism to a large extent, bringing further voices into the narrative. Alongside three pioneering works by Henry Cowell, a very slow piece by Scott Joplin called “Solace” completes the programme by challenging the white stereotype projected onto this composer during the twentieth century. This is Adam Swayne’s second album for Coviello; the first “(speak to me)” having gained a BBC Instrumental Choice.
Adam Swayne, piano 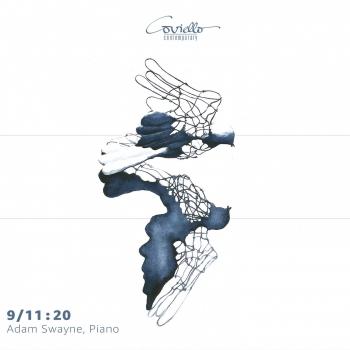 9/11: 20 (Memorials on the Twentieth Anniversary of September 11th) 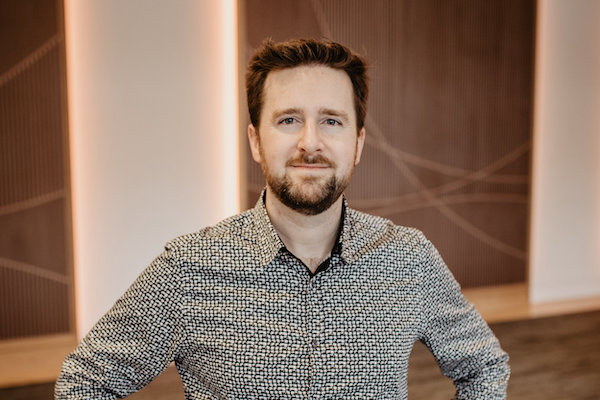 Adam Swayne
works with a vast range of musical media and styles that go beyond conventional labelling. He is just as at home giving a solo piano recital or conducting an orchestra as he is organising musical installations in art galleries or composing for amateur ensembles. He takes an inclusive, informative and innovative approach to music-making and has gained a large audience for his work.
Adam is a graduate of the joint course between Manchester University and the RNCM. He gained first class degrees from both institutions, and an MMus from the RNCM. Manchester University gave Adam their highest award (Sir Thomas Beecham Medal) along with other prizes including the Recital Prize. Prizes from the RNCM included the John Ireland Prize and an award for performances of contemporary music.
In 2003 Adam was awarded a Fulbright Scholarship to begin doctoral studies at Northwestern University, U.S.A. He graduated in 2006 with distinction, having presented several U.S. premières of works by U.K. composers (and has since given several more in the opposite direction).
Having previously been Head of Chamber Music at the University of Chichester and a piano tutor at the Junior Royal Academy of Music, Adam joined the lecturing team at the RNCM in 2017 and was appointed Deputy Head of Keyboard Studies in 2020. He is a Senior Fellow of the Higher Education Academy.
Pianist: As a soloist, Adam has performed at major venues throughout the U.K., including the BBC Proms and has given several live broadcasts on BBC Radio 3. He has performed concertos in Europe and America and has recorded for the UHR, NMB, Coviello and Divine Art Record labels. His solo recital CD was selected as an Instrumental Monthly Choice by the BBC Music Magazine and was nominated twice at the 2019 Opus Klassik Awards in Germany. He has had works composed especially for him by a vast number of composers and has collaborated with countless more. In recent seasons he has performed concertos by Grieg, Rachmaninov, Edward Gregson and John Ireland. He frequently directs from the piano in classical concertos as well as contemporary repertoire, and he often specialises in works for many keyboards in performances with friends and colleagues. In the field of chamber music he is a founding member and Programme Director for London-based contemporary group Riot Ensemble, and with friends in Brighton he performs with the Ireland Piano Trio. In 2016 he organised a marathon 21-hour performance of Satie’s Vexations, featuring 34 amateur and professional pianists raising over £4,000 for a piano restoration. He has been a Park Lane Group Young Artist.
Composer: Adam’s works challenge modernist preconceptions of high art and kitsch and, in a bewildering mixture, draw upon dance forms, indeterminacy, extended instrumental techniques, humour and political satire. Commissions include St Catharine’s College Cambridge (Many Dark Actor Playing Games), RNCM (Office Party), Portsmouth Grammar School (Santa Dances), leading UK architect John Wheatley (Gridshell) and the Ebony Duo (Tarantella) attracting funds from the Scottish Arts Council and the Hope Scott Trust. Adam’s piece for trumpet and piano, Lezghinka, was performed at the Millennium Centre in Cardiff at the Brass Final of BBC Young Musician of the Year 2010, broadcast on BBC Television. The performer was Sam Moffitt, who also commissioned the work. In 2011 Adam wrote an innovative Beatbox Concerto in collaboration with Crawley-based beatboxer Krystal Gob using a unique notational system. The concerto has been performed twice by CoMA Sussex and students from the University of Chichester.
Conductor: Adam was Music Director of the Sussex branch of Contemporary Music for All (CoMA) between 2008 and 2017, and he conducted national ensembles in 2012 and 2014, latterly at St John’s Smith Square in Philip Cashian’s ‘Forest of Clocks’ (‘the standout success of the 21st birthday celebrations‘ – Judith Weir). He was also formerly Principal Conductor for Southampton University Symphonic Wind Orchestra, Chichester and Manchester University’s ‘Sinfonietta’ and the Lancing College Concert Band. He has appeared in venues throughout the UK, sharing a platform with composer Stephen Montague at the 2009 Arundel Town Festival in his ‘Dark Sun’, a work Adam also conducted the Welsh première of in 2012. In 2010 he directed CoMA Sussex in a performance of Andriessen’s ‘Workers Union’ at Brighton’s Concorde 2 in a Music and Freedom event attended by Caroline Lucas MP. In April 2012 he organised and directed major events commemorating the centenary of Titanic’s sinking, including the combined forces of CoMA, UCMA and Southampton Concert Orchestra in Gavin Bryars’ ‘The Sinking of the Titanic’ in Southampton Guildhall (on the exact anniversary of the tragedy), and over 170 performers drawn from all over West Sussex in David Bedford’s ‘The Wreck of the Titanic’. In January 2016 he conducted The Riot Ensemble in a live broadcast from Tate Modern on BBC Radio 3’s In Tune.

Booklet for 9/11: 20 (Memorials on the Twentieth Anniversary of September 11th)