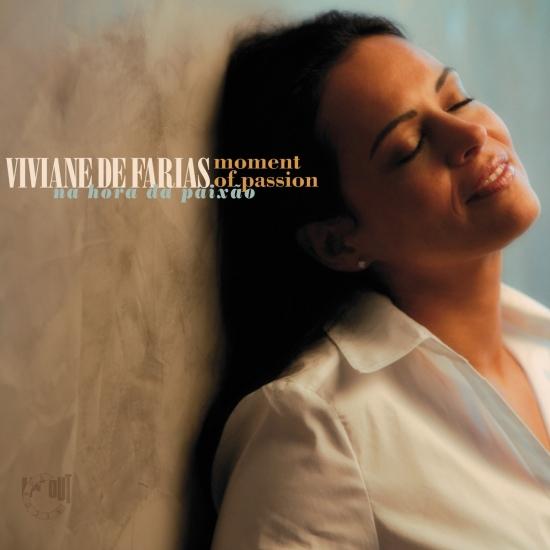 Info for Moment of Passion

'She has the presence of a pop star' - that's the opinion of the leading German newspaper, 'Die Zeit'. 'O Globo' considers her to be 'the big hope for innovative Brazilian music'. Eulogistic references to her voice abound in the press - they refer to her 'warm and mellifluous timbre', to her 'acrobatic vocal skill through all the registers' and her 'sensuality and bewitching refi nement'. Without any doubt, Vivian De Farias is one of the most accomplished of Brazilian vocalists. Although in great demand, she had not, until now, recorded a solo album. But, finally, the lady from Ipanema makes her highly impressive d?but.
'Moment Of Passion' came into being in an appropriately passionate and affectionate way. When leading Bossa Nova artist Johnny Alf was on tour in Europe in 2003, a very touching thing happened in a London hotel. Alf entered the breakfast room, smiling, and holding a sheet of paper which had a poem written on it. He challenged his German friend, guitarist Paulo Morello, to put a melody to the lyric. It was Morello, together with the flute and saxophone virtuoso, Kim Barth, who had brought Alf and three other Bossa legends - Leny Andrade, Ala?de Costa and Pery Ribeiro - to European stages to recall the golden era of Rio in highly acclaimed performances. But the day of parting arrived. The Brazilian stars fl ew back to their homeland and Alf's verses remained without a melody.
'Quero cantar o que sinto na hora da paix?o
Paix?o ? o canto perfeito que modula o cora??o'
('In the moment of passion I want to sing what I feel.
The passion is the perfect song which sets the key to the heart.')
Paulo Morello had no difficulty in writing a melody to fi t these lyrics - and the theme he composed was made-to-measure for his favourite singer. Paulo Morello and Kim Barth had worked for a considerable time with Viviane De Farias, both in a trio line-up and in an orchestral setting. They decided that the time had come for Viviane to make her d?but album, a project for which Johnny Alf had provided the inspiration. The result was this superb recording which is a celebration of German-Brazilian friendship.
It is little wonder that Viviane De Farias is capable of presenting a wide variety of vocal styles. She was actually born in the location where Bossa Nova was created - in Ipanema, in the south of Rio - and she grew up in Brazil and in the United States (Los Angeles). Her many talents were developed between Rio and Chicago. She took acting and singing lessons, and performed as a soprano with Placido Domingo. At the same time she built up a repertoire of chansons, popular songs and jazz standards - and, of course, she also knew the cosmos of Brazilian music, to which she has dedicated herself entirely since the mid-1990s, becoming a household name throughout Germany and in some European countries with her powerful, dynamic and at the same time flexible, sensitive and tender vocal art. And she is by no means limited to the Bossa Nova genre.
Her repertoire embraces sambas, ch?ros and the huge field of MPB (M?sica Popular Brasileira) - and this is vividly reflected in her d?but album, which features some most imaginative arrangements. Among the songs which she has chosen, together with Morello and Barth, are classics by Jobim, such as the swinging 'Ela ? Carioca', with wonderful intermezzi by the wind section, but also lesser-known gems of the Bossa heyday, such as Marcos Valle's torch song, 'Aprender A Ser S?'. The concluding section of Jobim's 'Fotografia', of which there have been many appealing versions, is given a more dramatic treatment by De Farias. 'Falsa Baiana' is a lovely, skipping and ironic tribute to the samba, performed with a tongue-in-cheek sensuality. Guinga, who is often said to be leading Brazilian music into the 21st century, is represented with a tribute to the city of the Sugar Loaf. Roberto Menescal's dedication to Rio is interpreted in a more a lyrical and leisurely way than usual, including an unhurried scat and some saucy, almost far-eastern style flute and piano figures. 'A Felicidade', on the other hand, gets new harmonies, an almost rocky intro and a brilliantly inventive guitar and saxophone interlude. Then comes perhaps the biggest surprise: 'Abre Alas', the hymn-like hit by MPB poet Ivan Lins, which is played with a jazzy touch, funky bass guitar and a very vivid saxophone. It is on this track that Viviane's full-bodied voice is heard at its best. Finally the original compositions: The wistful ballad 'Amanha' is given a nocturnal character, with a dreamy guitar solo and 'Na Hora Da Paix?o', which sparked the whole project, swings in the Copacabana mode of the 1960s, with its sweeping melody, giving Viviane the opportunity to present her moments of passion with an almost whispered intimacy.
In addition her long-time colleagues Paulo Morello and Kim Barth, Viviane De Farias is supported by her highly compatible backing group. Tizian Jost, one of the leading keyboard players in the Brazil genre, is on piano and Dudu Penz makes a telling contribution on bass. The enterprising drummer, Mauro Martins, well-known for his collaborations with Raul De Souza and Tania Maria, completes the line-up. And now, as Alf's verses say:
'Deixa o amor chegar em forma de can??o
A noite inventa o poema, voc? inventa o can??o.'
('Let love appear in the shape of a song,
The night invents the poem, you'll invent the music.')
With this d?but album by Viviane De Farias, a new voice is born; a voice which will add a particularly bright star to a Brazilian sky already rich of constellations.
Viviane de Farias, vocals
Kim Barth, saxophone, flute
Paulo Morello, guitar
Dudu Penz, bass
Tizian Jost, piano
Mauro Martins, drums, percussion
Digitally remastered 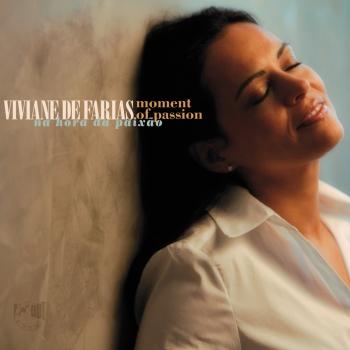 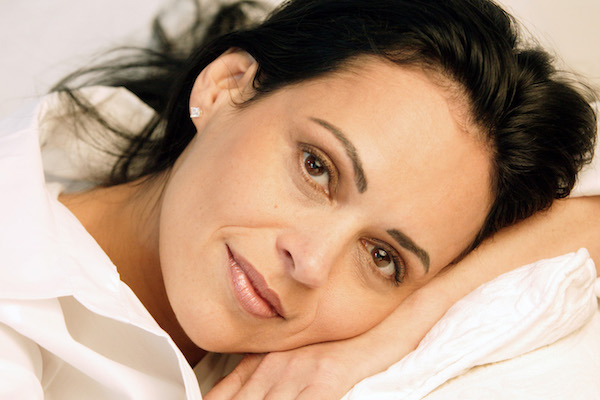 Viviane de Farias
Born in Ipanema, Viviane de Farias grew up in Rio de Janeiro and Los Angeles. Her solid classical background, her 'warm and caressing voice', of an 'extremely wide register and deep lyrical emotionality', her 'bewitching refinement' and 'impeccable vocal technique' earned her the reputation of 'one of the top brazilian singers' abroad. As a lyric soprano, she lent her voice to more than many projects in both ancient and contemporary classical music with heavy weights such as Placido Domingo, Kurt Masur and Zubin Mehta. She dedicated herself to folklore, jazz and chanson with the same passion and enthusiasm as to the so-called serious music. Viviane de Farias' interpretations are a mixture of such diverse styles. Her 'dynamic exuberance and elegant phrasing', her 'love and respect for melody' make her an 'interpreter of uncommon expressivity'. A remarkable debut at the State Opera in Rio de Janeiro when she was only twenty years old vaulted her to the forefront of her generation of vocalists in Brazil.
After thirteen years of an impressive career on classical vocal music and interdisciplinary performance, she finally turned to her passion, the vast musical heritage from Brazil. She has been working since then basically with jazz musicians, exploring a repertoire that combines brazilian rhythms and jazzy improvisations. Her first solo album 'Moment of passion' - (A hora da paixão, original song from brazilian legend Johnny Alf) was received with great critical acclaim and was a German critic's award nominee.
As a well respected and highly sought-after guest vocalist, Viviane has worked on various genre-bending collaborations. Her musical activities have taken her all over her native Brazil and to festivals and venues in Germany, Spain, France, Hungary, Austria, Switzerland, Italy, Japan, the USA, South Korea, Africa and Madagascar. Viviane de Farias currently lives in Germany.
Mauro Martins
is a brazilian bassplayer and drummer from Curitiba. He grew up in a musical family playing percussion and guitar with his older brothers. He switched to the electric bass at the age of sixteen and would soon be playing with several bands in his home town. On December 1989 he was invited to play in Switzerland. He decided to settle down in Europe where he has been working ever since not only as a bass player but also as a drummer and composer on several live music projects and as an arranger as well in countless studio productions. Mauro Martins appeared in major festivals and music clubs in Europe, Asia, South Africa, Madagascar and Brazil such as the Free Jazz São Paulo, Montreux Jazz Festival, Olympia, New Morning and JVC Jazz Festival in Paris, Umbria Jazz, Capetown Jazz, Pataya Jazz, Blue Note NY, Birdland only to name a few. He collaborated with outstanding artists such as, Airto Moreira & Larry Coryell, Luis Eça, Toninho Horta, Phill Collins, Tania Maria, Sebastiao Tapajos, Raul de Souza, Chico Cesar, Richard Galliano, Gregoire Maret & Gene Lake, Marcia Maria, Rosinha de Valença, Jovino Santos Neto and Itibere Zwarg from Hermeto Paschoals band and many others.