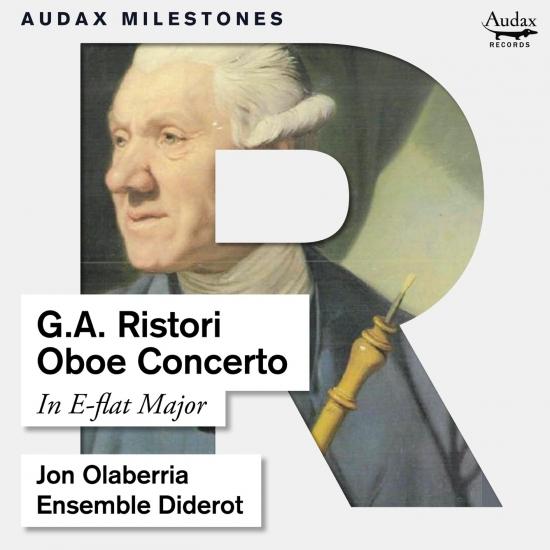 TAudax Records and Ensemble Diderot pride themselves on their pioneering forays into unknown and neglected repertoire. The concept of building compelling and insightful programmes around major works and audience favourites and not shying away from presenting recital albums has been one of the building blocks of the label.
​Audax Milestones is a new series of single releases which presents those repertoire cornerstones that are often hidden in their highly inventive programmes where the limelight shines on new and unknown gems. Johannes Pramsohler and the musicians of Ensemble Diderot have curated the series from their award-winning Audax releases.
Without doubt, Giovanni Alberto Ristori’s splendid oboe concerto was composed for the Italian virtuoso Antonio Besozzi. He had been hired for the Dresden Hofkapelle in 1739, following his highly praised private performance for Friedrich Christian in Ischia in September 1738. Ristori must also have vouched for Besozzi’s talents after the musician played the principal oboe in Temistocle that same year. Antonio was a member of a family famous for producing orchestral players – oboists and bassoonists in particular. In this concerto Ristori explores the full range of the oboe in a manner new to Dresden at that time. Moreover, a brilliant technique is demanded. This is a concerto that surely will enter the repertoire of oboists everywhere – only half a year after Jon Olaberria’s world premiere recording, Albrecht Mayer recorded the concerto for Deutsche Grammophon.
“Jon Olaberria is the sweet-toned, sunny soloist in Ristori’s E-flat Oboe concerto. Anyone who has rejoiced at the recent rediscovery of composers such as Hasse will want to hear this.” THE GUARDIAN
“The performance, uniformly excellent, sustains a high degree of polish and refinement under the inspirational and sensitive direction of Johannes Pramsohler.”  MUSICWEB INTERNATIONAL
Jon Olaberria, oboe
Ensemble Diderot
Johannes Pramsohler, conductor 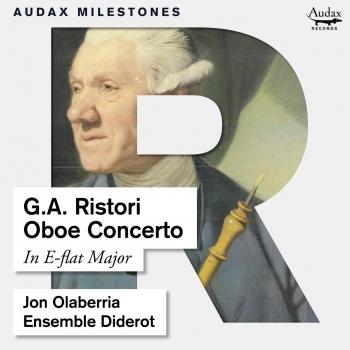