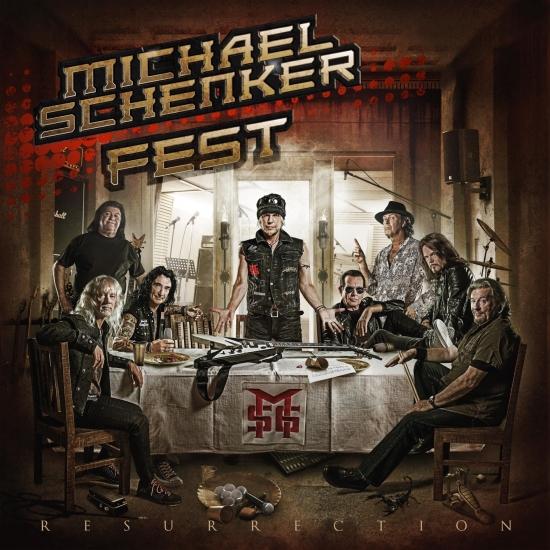 In 2016, Schenker put together Michael Schenker Fest, a tour featuring former Michael Schenker Group vocalists Gary Barden and Graham Bonnet, plus Robin McAuley of the McAuley Schenker Group. Instrumental back-up was provided by former M.S.G. bass player Chris Glen and drummer Ted McKenna, plus guitarist/keyboard player Steve Mann, also of the McAuley Schenker Group.
These shows were so rapturously received by audiences across Japan and Europe that it seemed only logical for the protagonists to make new music together. The decision to bring in Doogie White, singer of Schenker's Temple Of Rock, adds even more substance to Michael's assembly.
From the light and shade of 'Warrior' to the pacy 'Heart And Soul' via the commercial 'Night Moods' and 'Time Knows When It's Time' and Michael's instrumental piece 'Salvation', 'Resurrection' is a fine, varied album.
"It is snappy and melodic, but it's also dramatic and fast - all of the elements are there," states Schenker enthusiastically
Nuclear Blast has proudly announced the release of the upcoming first Michael Schenker Fest studio album! Along with producer Michael Voss-Schoen, the band recently completed the recordings for the record, entitled Resurrection, out on March 2, 2018. Besides Michael Schenker and the three M.S.G. singers Gary Barden, Graham Bonnet and Robin McAuley, you can also hear Doogie White (Michael Schenker’s Temple of Rock) as well as musicians Steve Mann (guitars, keyboards), Ted McKenna (drums) and Chris Glen (bass). In addition, there are also some guest appearances from Kirk Hammett, Wayne Findlay and Michael Voss-Schoen included.
Michael Schenker, guitar
Gary Barden, vocals
Graham Bonnet, vocals
Robin McAuley, vocals
Doogie White, vocals
Steve Mann, guitar, keyboards
Ted McKenna, drums
Chris Glen, bass
Guests:
Kirk Hammett, guitar
Wayne Findlay, guitar, keyboards
Michael Voss-Schoen, vocals
Produced by Michael Voss-Schoen 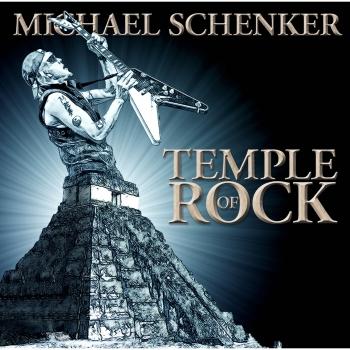 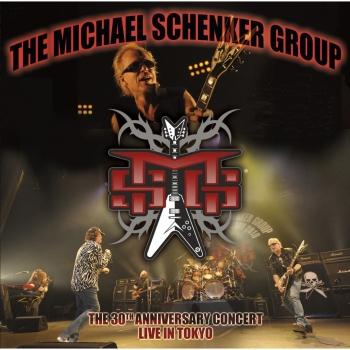 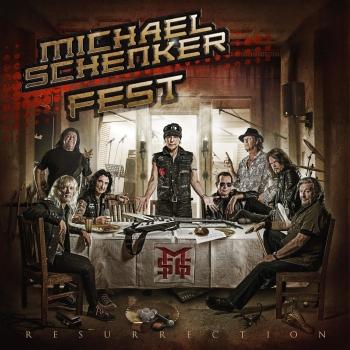 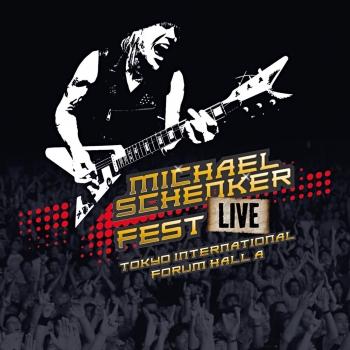 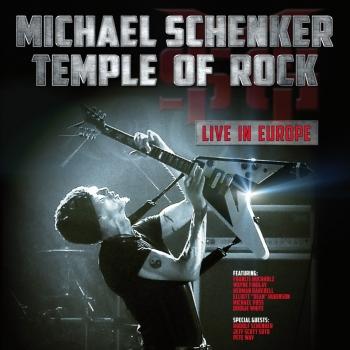 Temple of Rock - Live in Europe 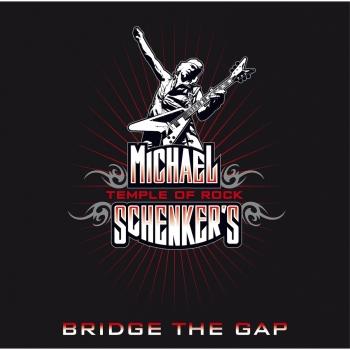 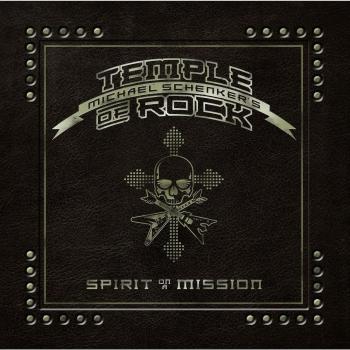 Spirit on a Mission 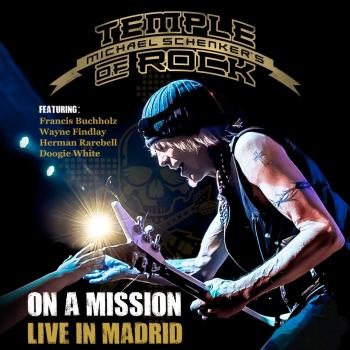 On a Mission - Live in Madrid 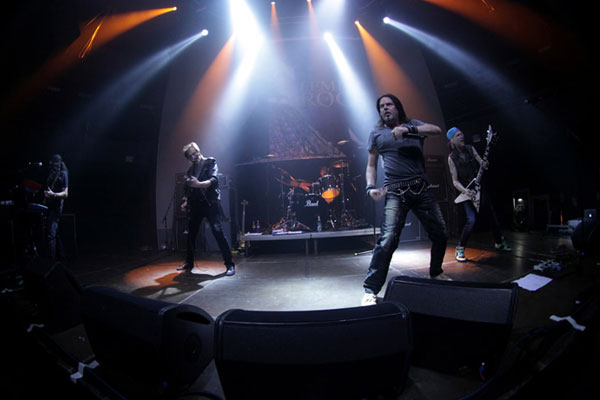 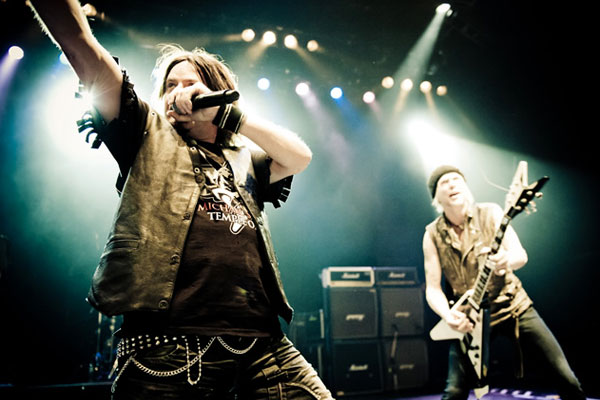 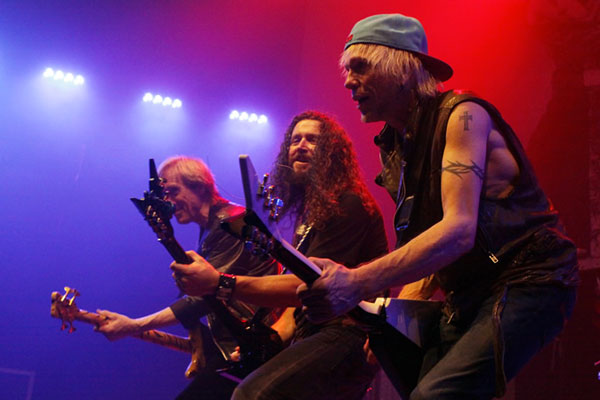 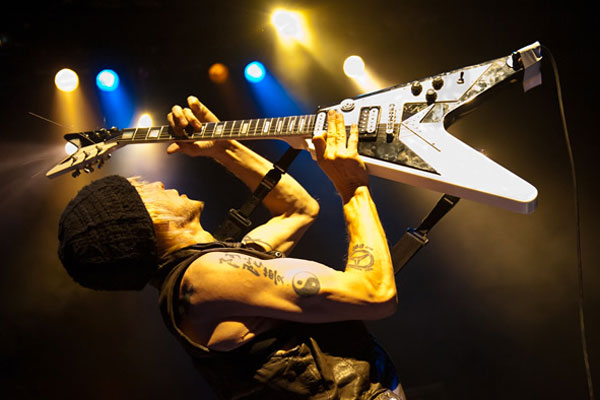 Michael Schenker
It goes without saying, that the legendary and award-winning guitarist Michael Schenker has led a truly amazing rock’n’roll life. Born in Sarstedt near Hannover in 1955, Michael's career took off when he was just a teenager. At the age of nine, he was already listening to the Beatles and the Stones. By the age of 14 he was looking to learn from the likes of Led Zeppelin, Mountain and Black Sabbath.
He got off to a flying start: from 1969 to 1973 he played with his brother Rudolf Schenker in Germany's most successful rock band – the Scorpions. It was Rudolf who introduced him to the Gibson Flying V. When the Scorpions supported the British hard rock band UFO, Michael had the opportunity to switch bands.
For six years, Michael was a driving force behind the UFO sound. Some of his earliest compositions such as “Rock Bottom” and “Doctor Doctor” have become timeless rock classics.
After his departure from UFO in 1979, he briefly returned to the Scorpions to record their legendary “Lovedrive” album. Then he decided it was time to go solo. Enter the Michael Schenker Group (MSG). “It was only when I started playing with this band that I could really put what I had learned and what I stand for into practice,” reflects Michael.
The first two albums became instant classics. “The Michael Schenker Group” (1980) and “MSG” (1981) contained songs like “Into The Arena”, “Armed And Ready”, “Ready To Rock” and “Attack Of The Mad Axeman” – all of which have become standards in Michael Schenker's concerts. Schenker soon developed the nickname - the “Mad Axeman”.
MSG enjoyed many triumphant moments but also numerous lows which they endured stoically. The only person who has stayed with the band through the decades is Michael himself, the boss and master puppeteer.
This list of his former band mates reads like a who's who of hard rock: As founder members, Michael recruited Simon Phillips (drums), Gary Barden (vocals), Mo Foster (bass) and Don Airey (keyboards). Later members included rock luminaries such as bassist Neil Murray, drummer Cozy Powell and Carmine Appice, singer Graham Bonnett and guitarist Wayne Findlay.
In 1985 the Michael Schenker Group mutated into the McAuley Schenker Group with new singer Robin McAuley. This incarnation of the MSG lasted for three albums: “Perfect Timing” (1987), “Save Yourself” (1989) and “M.S.G.” (1992). In 1995, Michael rejoined UFO for their comeback album “Walk On Water”. Afterwards he revived the Michael Schenker Group – and in 2008 he reached new heights with the album “In The Midst Of Beauty”. He was accompanied in the studio by a host of familiar faces: Gary Barden, Simon Phillips, Don Airey and Neil Murray. These four are also present among the impressive array of musicians who took turns on stage in the MSG's “30th Anniversary Tour”. The band was greeted with a thunderous reception wherever they played during their world tour.
Full of creative power, dynamism and ideas, in 2011 Michael Schenker entered a new phase of his life – both creatively and personally – with his new band “Temple Of Rock”. He can be heard to be enjoying life more than ever before and reaping the artistic rewards from his previous achievements. The band members included Michael Voss (vocals), and Schenker’s trusty band mates Wayne Findley (guitar, keyboards), Pete Way (bass) and Herman Rarebell (drums). On the following extended “Temple Of Rock” world tour, Doogie White took over vocal duties and Francis Buchholz played bass.
The amazing chemistry of this band can be heard on the live recording “Temple Of Rock – Live in Europe” (2012).