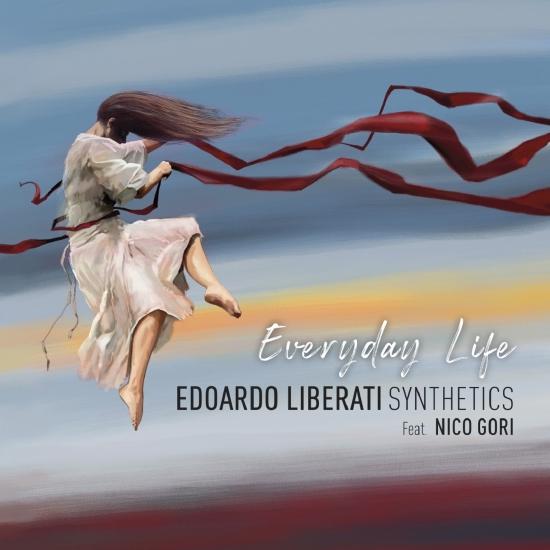 GleAM Records is proud to announce the release of Everyday Life, the debut album of Italian guitarist and composer Edoardo Liberati and his project Synthetics.
What is striking about this album is the blend between the songs and the storytelling that comes out of them with personality and courage. The songs present different feels and ideas, regarding all the aspects of music: tempo, meter, texture, arrangement, form, orchestration, dynamics. Each track has its specific and unique voice, without sacrificing the coherence of the entire work.
In this first Video Teaser, the Author tells us about his project "Synthetics" and the genesis of his wonderful album "Everyday Life" right during the recording session on January 2022.
Edoardo Liberati, electric and acoustic guitar
Vittorio Solimene, piano, Fender Rhodes
Alessandro Bintzios, double bass
Riccardo Galli, drums
Guests:
Nico Gori, clarinet, bass clarinet
Giulia Cianca, vocals
Giacomo Serino, trumpet
Iacopo Teolis, trumpet
Lorenzo Simoni, alto saxophone
Francesco Panconesi, tenor saxophone 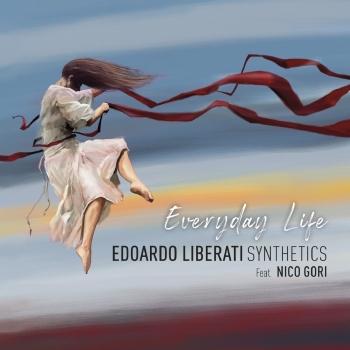 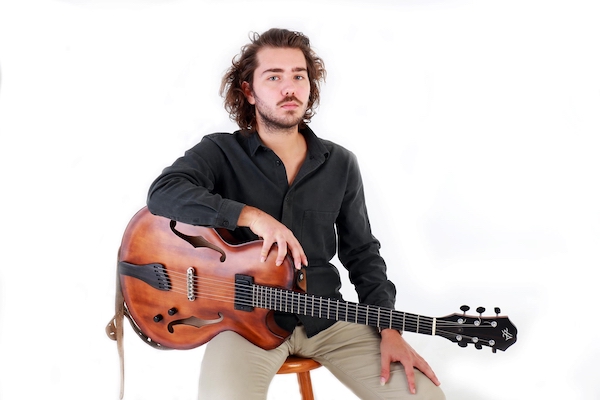 Edoardo Liberati
is an Italian guitarist & composer from Rome (Italy).
His music style and research draws inspiration both from the older currents of Jazz and the more contemporary ones. With his composing and performing mindset he’s constantly looking for a synthesis between these two worlds, on one hand connected and intertwined, on the other hand pretty different and divergent. His ears are open to different genres, which contribute to create his sound and his music. He’s a deep fan of Rock and Classical music, with an eye open from Southern America grooves to Northern Europe sounds and attitude. His journey through music started when he was a teenager, playing in some Rock bands of his native city. Once he completed his basic school studies, he decided to approach the professional musician career. He then discovered Jazz music and decided that this genre would have been his life lasting research.
He started playing some Jazz concerts and decided he wanted to expand his music experience by moving to another country, trying an experience abroad. He was accepted in the Rotterdam conservatory (“Codarts”), where he studied four years. He distinguished himself by leading a project called “Liberati Quartet”, winning the “Erasmus Jazz Prijs” in 2017, playing concerts and touring in several countries such as France, England, Belgium, Luxembourg, Italy and the Netherlands. He fell in love with the composing aspect of Jazz, producing one EP (“Upside Down”) and one album (“Countertime”) with only original music written by him. The album “Countertime” was presented in the famous Dutch venue “De Doelen”.
With this band he opened the concert of the Dutch band called “The Ploctones”.
He was chosen to be one of the three guitarists (with applicants coming from all over the world) of the “Generations” seminar which took place in Frauenfeld (Switzerland), in the autumn of 2018. During this workshop he played in the Maria Schneider orchestra and attended ensembles led by Donny McCaslin, Nate Wood, Jason Lindner. Edoardo was chosen among sixteen other Italian guitarists to participate to the first edition of the “Jazz Guitar Award” in 2021.
He participated to the festival “Monfra Jazz Fest” opening the concert of the “Timeline Acoustic Band” (Maxx Furian, Mauro Negri).
He recorded his first bandleader album (considerable his debut album) entitled “Everyday Life”, will be out in Spring 2022. It will be published worldwide thanks to the collaboration with the label “GleAM Records” (Lecce, Italy), with the participation of the renowned Italian clarinet player Nico Gori.
He attended seminars with worldwide famous teachers such as Jonathan Kreisberg, Peter Bernstein, Gilad Hekselman.
“Edoardo Liberati proved to be an excellent and highly talented musician who profited as much as possible from learning processes teachers and fellow musicians offered him. He involved himself in various projects, collaborating on a high level with international musicians and composers. Edoardo Liberati impressed many fellow musicians, conductors and audiences as solistic front-man and important co-member of various ensembles and bands, and he continues performing his music in Belgium, France, Italy, England, Luxembourg. I see him as an highly talented composer with a clear vision upon the possibilities of eclectically combining contemporary composition techniques filled with an innate narrative intelligence, while both his artistry and personal musical gestures as performer of his own and other works result in captivating music.” (Paul M. van Brugge)