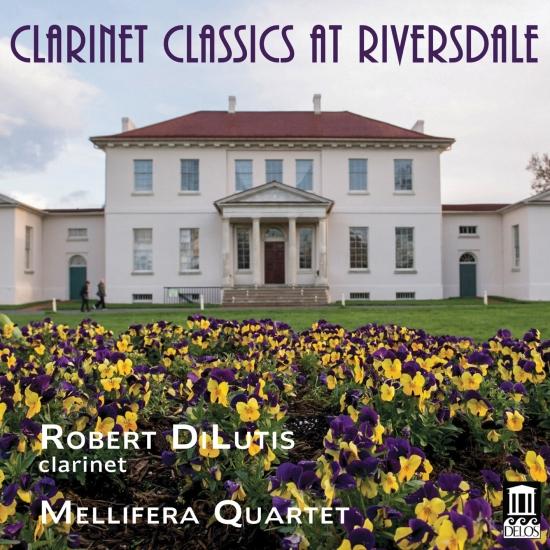 Info for Clarinet Classics at Riversdale

Robert DiLutis and the Mellifera Quartet give sparkling performances of beloved classics such as Weber’s Clarinet Quintet along with delightful but lesser-known works such as Erland von Koch’s Monolog 3 for Solo Clarinet and Heinrich Joseph Baermann’s Adagio for Clarinet and Strings (known for decades as “Wagner’s Adagio”).
DiLutis describes the Weber Quintet as “a dream come true for clarinetists,” and that description could well apply to the other pieces on this album. Rounded out with consummate presentations of Glazunov’s Rêverie orientale, Miklós Rózsa’s Sonatina and Willson Osborne’s Rhapsody for Clarinet, the selections on this album offer a superb survey of works for solo clarinet and clarinet and strings.
Robert DiLutis founded the Riversdale Chamber Music Society six years ago, and the presentations at the historic Riversdale House Museum have been captivating audiences ever since. This is the first release of music heard at the mansion.
Robert DiLutis, clarinet
Mellifera Quartet 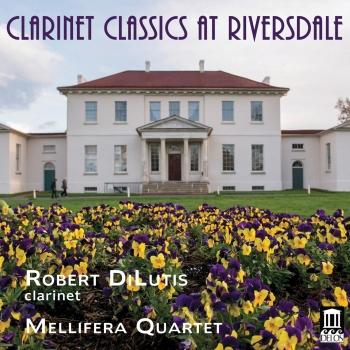 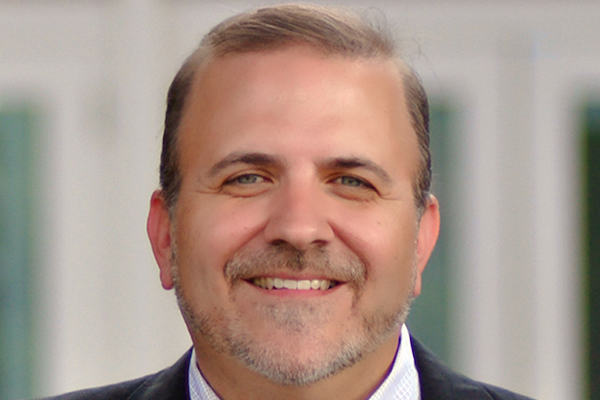 Robert DiLutis
is currently the Professor of Clarinet at the University of Maryland, School of Music, College Park and in his 1st season as Principal Clarinetist of the Annapolis Symphony Orchestra. Mr. DiLutis previously served as Professor of Clarinet at the Louisiana State University School of Music from 2009-2012. He has also held positions with the Rochester Philharmonic Orchestra, San Antonio Symphony Orchestra and the Eastman School of Music. Mr. DiLutis has served on the faculties of St. Mary's University in Texas and Nazareth College in New York. His recent recitals and master classes have included the University of Georgia, University of California at Northridge, University of South Carolina, Catholic University of America and the International Clarinet Conference in Assisi, Italy.
Born in Baltimore, Maryland to a family of musicians, Mr. DiLutis studied first at the Peabody Conservatory with William Blayney and later at the Juilliard School with David Weber, principal clarinetist of the NYC Ballet. In 1989 he made his Carnegie Hall Recital debut as the winner of the Artist International Chamber Music Competition. As a soloist, Mr. DiLutis has performed with ensembles such as the San Antonio Symphony, LSU Wind Ensemble, Rochester Philharmonic Orchestra and the Baton Rouge Symphony Orchestra. Mr. DiLutis has performed and toured with the New York Philharmonic and is currently co-director of the Clarinet Academy of America, an intensive summer program for advanced clarinetists in high school and college. In addition to his performance career, Mr. DiLutis is the creator of the Reed Machine, a reed making device used by top professionals around the world.
In 2013 Mr. DiLutis created a new chamber music series at the historic Riversdale House Museum in Riverdale, MD and was awarded a 2014 Individual Performing Artist Grant from the Maryland State Counsel for the Arts.
Mellifera Quartet
While the four members of the quartet have been collaborating in a variety of musical formations for years, coming together as a quartet in 2017 marked the beginning of a new era of shared artistic endeavors. Mellifera (mel-IF-air-ah), from the Latin word meaning honey-bearing, signifies the aural aspirations of the group.
By crafting programs that span the musical spectrum, Mellifera brings newly composed pieces to their audience alongside well-traveled classics. The MQ can be heard performing works written by Mellifera violist Nicholas Hodges on the score for the award winning film Hunting Lands (APS Films, 2018). The quartet's debut recordings with clarinetist Robert DiLutis, Professor of Music at the University of Maryland, were recently released on the Delos and RM Records labels.
The members of the Mellifera Quartet view kindness and compassion as equals to the goal of performance excellence. They strive to create a musical environment that reflects these beliefs. ~MQ

Booklet for Clarinet Classics at Riversdale