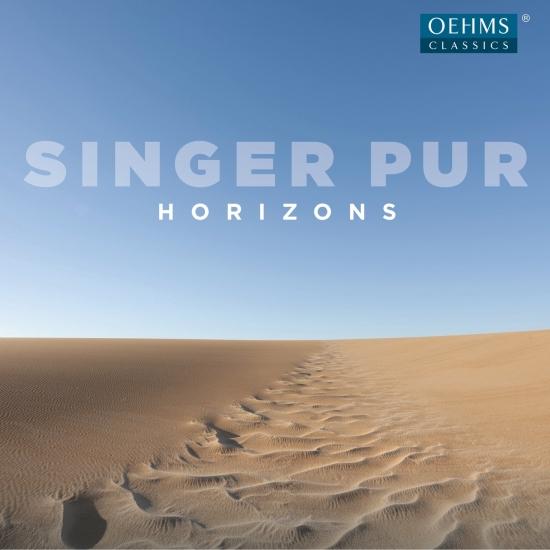 Spirituality makes connections far beyond individual cultural and religious boundaries. Hence SINGER PUR’s pursuit of linking spirituality from different world religions, regions and cultures. May the spiritfilled music inspire you, move you and guide you from the exotic to the familiar.
SINGER PUR’s discography consists of more than 25 CDs, several of which have received awards: two were awarded Le Choc de l’Année by the French music magazine Le Monde de la Musique; a further three were recognised by the ECHO Klassik Awards in 2005, 2007 and 2011. In 2013 SINGER PUR received the prestigious Caeciliaprijs (Belgium).
Singer Pur 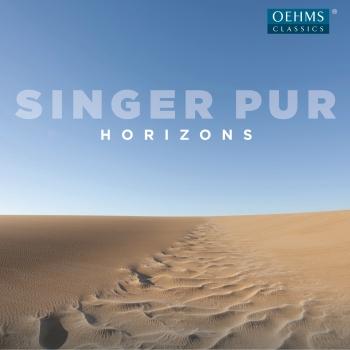 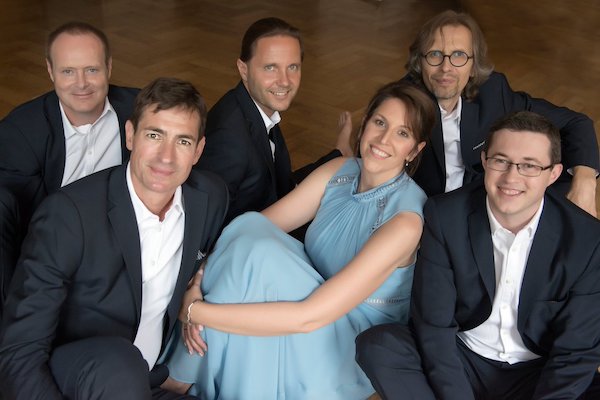 Singer Pur
The aim to make a cappella singing the focus of their lives already developed at school: soon after leaving five former members of the famous Regensburger Domspatzen cathedral boys’ choir put it into practice and founded Singer Pur in 1991.
It was a fortunate love affair that brought a soprano into their ranks: soon afterwards the sextet with the unusual combination of voices (a soprano, three tenors, a baritone and a bass) won first prize in the 1994 Deutscher Musikwettbewerb (the German national competition) and a year later the coveted Grand Prix for vocal ensembles at the international Tampere Music Festival in Finland, and was launched on its road to becoming the leading German-speaking vocal group. Soon television and radio appearances, CD recordings, invitations to major festivals and concerts in almost 60 countries established an international career.
For several years Singer Pur has supported young musicians taking part in its international workshops for Europa Cantat, AMJ and Rhapsody in School.
There are no stylistic limitations to Singer Pur’s repertoire. Its programmes include anything performable by voices from medieval times to the avant-garde, a host of new compositions and arrangements written for the group, various forms of improvisation, co-operations with musicians as diverse as The Hilliard Ensemble, Ensemble Modern, Musikfabrik Köln, the composer and jazz clarinet player Michael Riessler or the young clarinet player David Orlowsky and orchestras such as the Rundfunk-Sinfonieorchester Berlin, the Sinfonieorchester des WDR Cologne or the National Orchestra of China.
The Singer Pur discography consists of 25 CDs, several of which have received awards: two of them "Le Choc de l’Année" by the French music magazine "Le Monde de la Musique" and three more the ECHO Klassik Award in 2005, 2007 and 2011, considered the most prestigious classical music CD award in Europe. In 2013 Singer Pur received the prestigious Caeciliaprijs (Belgium). One of the three musical editions with arrangements by and dedicated to Singer Pur was named "Best edition of the year" during the 2009 Frankfurter Musikmesse.
In 2008 the City of Regensburg bestowed its Cultural Award on Singer Pur, in 2013 followed the Bavarian State Prize for Music, in 2014 the Fritz-Goller-Award and the Friedrich-Baur-Award of the Bavarian Academy of Fine Arts. In 2015 the title “Ambassadors for the Friends of Choral Music in Europe” was bestowed on Singer Pur. On 8th March 2017 Singer Pur celebrated the 25th anniversary of its first concert and had the great honour of being joined on the stage of the Prinzregententheater in Munich by former members of the group as well as all of the former Hilliard Ensemble and some dear composer friends, with many more in the audience.
Many exciting concerts at festivals such as Rheingau Musikfestival, Europäische Wochen Passau or Musiksommer Rheinland Pfalz as well as workshops at the Musikhochschule Düsseldorf and the Landesmusikakademie Rheinland-Pfalz were accompanying Singer Pur through its anniversary year.
In 2018 Singer Pur made his debut in the new Elbphilharmonie in Hamburg invited by Kent Nagano and concert tours to Asia and many European countries such as Croatia, Slovenia, Switzerland, Spain, Czech Republik, Italy and Luxembourg.
This year Singer Pur looks forward to many concerts in Europe and new interesting projects like a new CD reording, taking over a festival for Renaissance music on the Adlersberg near Regensburg and the international Singer Pur workshop for vocal ensembles at the Landesakademie Rheinland Pfalz.