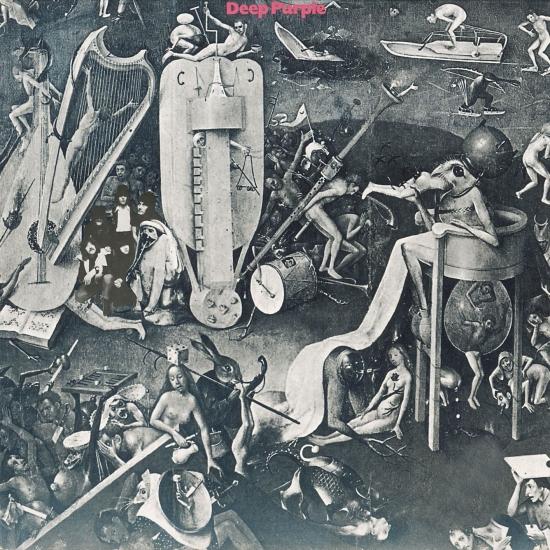 „This is a record that even those who aren't Deep Purple fans can listen to two or three times in one sitting -- but then, this wasn't much like any other album that the group ever issued. Actually, Deep Purple was highly prized for many years by fans of progressive rock, and for good reason. The group was going through a transition -- original lead singer Rod Evans and bassist Nick Simper would be voted out of the lineup soon after the album was finished (although they weren't told about it until three months later), organist Jon Lord and guitarist Ritchie Blackmore having perceived limitations in their work in terms of where each wanted to take the band. And between Lord's ever-greater ambitions toward fusing classical and rock and Blackmore's ever-bolder guitar attack, both of which began to coalesce with the session for Deep Purple in early 1969, the group managed to create an LP that combined heavy metal's early, raw excitement, intensity, and boldness with progressive rock's complexity and intellectual scope, and virtuosity on both levels. On 'The Painter,' 'Why Didn't Rosemary?,' and, especially, 'Bird Has Flown,' they strike a spellbinding balance between all of those elements, and Evans' work on the latter is one of the landmark vocal performances in progressive rock. 'April,' a three-part suite with orchestral accompaniment, is overall a match for such similar efforts by the Nice as the 'Five Bridges Suite,' and gets extra points for crediting its audience with the patience for a relatively long, moody developmental section and for including a serious orchestral interlude that does more than feature a pretty tune, exploiting the timbre of various instruments as well as the characteristics of the full ensemble. Additionally, the band turns in a very successful stripped-down, hard rock version of Donovan's 'Lalena,' with an organ break that shows Lord's debt to modern jazz as well as classical training. In all, amid all of those elements -- the orchestral accompaniment, harpsichord embellishments, and backward organ and drum tracks -- Deep Purple holds together astonishingly well as a great body of music. This is one of the most bracing progressive rock albums ever, and a successful vision of a musical path that the group might have taken but didn't. Ironically, the group's American label, Tetragrammaton Records, which was rapidly approaching bankruptcy, released this album a lot sooner than EMI did in England, but ran into trouble over the use of the Hieronymus Bosch painting 'The Garden of Earthly Delights' on the cover; although it has been on display at the Vatican, the work was wrongly perceived as containing profane images and never stocked as widely in stores as it might've been.“ (Bruce Eder, AMG)
Rod Evans, vocals
Ritchie Blackmore, guitar
Jon Lord, organ, keyboard, backing vocals
Nick Simper, bass, backing vocals
Ian Paice, drums
Recorded from January to March 1969 at De Lane Lea Studios, Kingsway, London
Engineered by Barry Ainsworth
Produced by Derek Lawrence
Digitally remastered
FYI: We offer this album in its native sampling rate of 44.1 kHz, 24-bit. The provided 96 kHz version was up-sampled and offers no audible value!