Caviar and Chitlins (Remastered) The Exciters 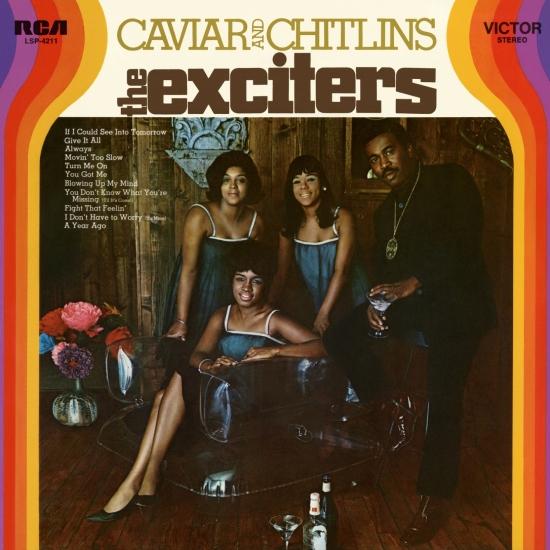 Info for Caviar and Chitlins (Remastered)

Formed in Queens, NY in the early 1960s, The Exciters were a dynamic R&B quartet consisting of lead singer Brenda Reid and her producer/writer husband Herb Rooney, plus vocalists Carolyn Johnson and Lillian Walker. The group rose to prominence in 1962, when their hit single ‘Tell Him’ rose to #4 on the U.S. pop chart. The Exciters continued releasing quality music for years, including their 1969 RCA album Caviar And Chitlins, a vintage slice of soul / R&B from perhaps the most important era in the genre's history. Long out-ofprint, Caviar And Chitlins is now available on vinyl for the first time in decades. Discover it now thanks to this official reissue from Nature Sounds.
The Exciters
Digitally remastered 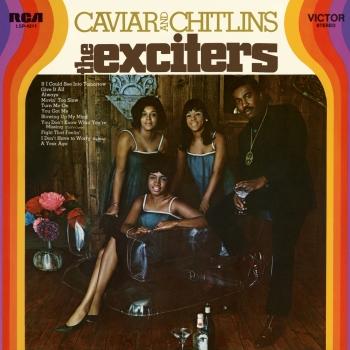 The Exciters
were an American pop music group of the 1960s. They were originally a girl group, although a male member (Herb Rooney) was added later. The group consisted of lead singer Brenda Reid, her husband Herb Rooney, Carolyn Johnson and Lillian Walker.
Formed in 1961 in the Jamaica district of Queens, New York City, this aptly named group originally included Brenda Reid, Carol Johnson (b. 1945, USA, d. 7 May 2007), Lillian Walker and Sylvia Wilbur. The sister act to local doo wop quintet the Masters, the group was originally known as the Masterettes. Wilbur was replaced by Penny Carter and then the Masters’ Herb Rooney (b. New York City, New York, USA), the group’s sole male member. Changing their name to the Exciters, the quartet first came to prominence with the vibrant “Tell Him”, a US Top 5 hit in 1962 (also a hit in the UK for Billie Davis in 1963). Produced by Leiber And Stoller and written by Bert Berns (under his pseudonym Bert Russell), the single’s energy established the pattern for subsequent releases. “Do Wah Diddy Diddy” (later a hit by Manfred Mann) and “He’s Got The Power” took elements from both uptown soul and the all-female group genre, but later singles failed fully to exploit this powerful combination. The group had lesser hits with “I Want You To Be My Boy” (1965), a revival of “A Little Bit Of Soap” (1966) and “You Don’t Know What You’re Missing (Till It’s Gone)” (1969), but failed to recapture the verve of those first releases. They re-entered the UK charts in 1975 with the disco hit “Reaching For The Best”.
Ronnie Pace and Skip McPhee later replaced Johnson and Walker, while Rooney and Reid (who had married in 1967) had a minor 1978 hit as Brenda And Herb, releasing one album in 1979, In Heat Again. After separating from Rooney, Reid created a new line-up of the Exciters to tour the oldies circuit. The couple’s son, L.A. Reid, is a leading producer and label executive.