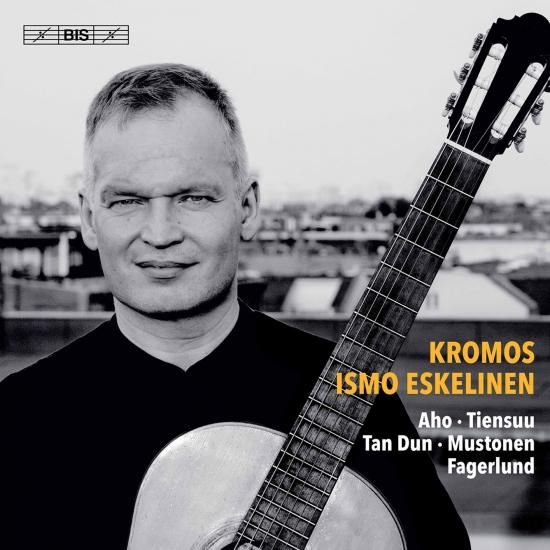 For his new recital recording, the acclaimed Finnish guitarist Ismo Eskelinen had the aim of creating a programme that works like a story: a modern guitar disc that lends itself to continuous listening from beginning to end. The pieces that he has selected are united by the fact that, with the exception of Tan Dun, Eskelinen has collaborated closely with all the composers. In the liner notes to the disc he expresses his admiration for how intuitively they all understood the essence of the guitar, even though none of them is a guitarist. Everyone has found a unique way to bring his own musical style to the guitar, and each of the composers is clearly recognizable.
Ismo Eskelinen, classical guitar 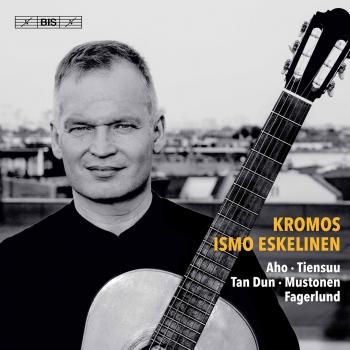 Ismo Eskelinen
is acclaimed as one of the world’s finest classical guitarists. He has been a pioneer in bringing classical guitar for wider audience playing often as an orchestra soloist, chamber musician and in collaboration with some of the most distinguished contemporary composers. His impressive list of recordings include two Bach albums, of which the first won the Finnish Emma prize in the category of the best classical album in 2014. A concerto recording with the Finnish Radio Symphony Orchestra conducted by Hannu Lintu was released in 2018 (BIS). The latest album, ‘Songbook’, a duo recording with Jan Vogler (Sony Classical) was released in June 2019.
Eskelinen has performed at venues such as the Berlin Philharmonic, Concertgebouw Amsterdam, the Royal Festival Hall and the Théâtre de la Monnaie. He is the first guitarist to be invited as a soloist at the new Music Hall in Helsinki with both resident orchestras, The Helsinki Philharmonic and The Finnish Radio Symphony. Recent soloist engagements include the BBC Symphony Orchestra in London, NWD Philharmonie in Germany, the Finnish Radio Symphony Orchestra, the Tampere Philharmonic Orchestra, Sinfonia Lahti and the Chamber Orchestra of Lapland with conductors such as Sakari Oramo, Hannu Lintu, Okko Kamu, John Storgårds, Olli Mustonen, Miguel Harth-Bedoya and Ernest Martínez-Izquierdo.
As an active chamber musician, Eskelinen plays duos with violinists Pekka Kuusisto and Karen Gomyo. He is a regular guest on several festivals such as Naantali and Moritzburg, and has been the first ever guitarist to be invited to many of them, including the Moritzburg, Dresden, Charlottesville, Mainz, Schaubeck and Büsingen Festivals.
Eskelinen’s repertoire spans music from the 16th century to the present day and he has been equally acclaimed for his performances of Bach as for his premieres of works written for him by composers such as Einojuhani Rautavaara, Aulis Sallinen, Jukka Tiensuu, Kalevi Aho, Olli Mustonen and Sebastian Fagerlund.
Eskelinen is the Lecturer-in-charge of Guitar at the Sibelius Academy in Helsinki and the Artistic Director of the Riihimäki summer concerts and Sonkajärvi Soi festival in Finland. As the Artist in Residence at Verkatehdas, Hämeenlinna he planned a Global Guitar – concert series for seasons 2016–2017.