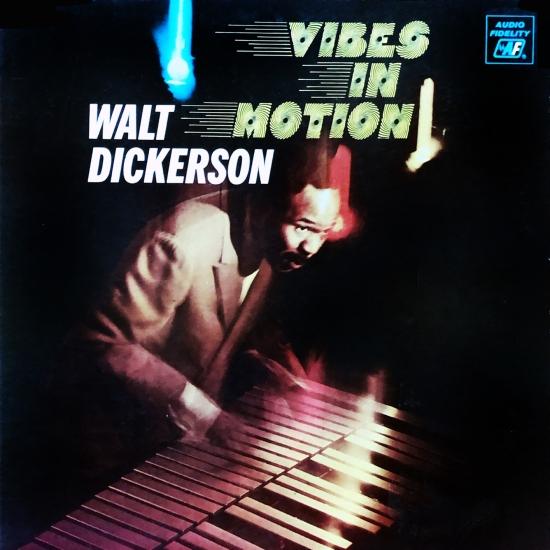 Info for Vibes in Motion (Remastered)

In the early 1960s, when Dickerson first emerged on the scene, a number of musicians had already arrived at the conclusion that bebop, which had dominated jazz for two decades, was an increasingly inadequate system out of which to make a music that could embody the tensions, dangers, revelations and liberated energies of the times. His music, while not nearly as radical in its departures and explorations as, say, the music of Cecil Taylor and Ornette Coleman, certainly places him among the significant contributors to the jazz revolution of his era.
Walt Dickerson, vibraphone
Walter Davis Jr., piano
Austin Crowe, piano
George Tucker, double bass
Henry Grimes, double bass
Edgar Bateman, drums
Andrew Cyrille, drums
Recorded March 21 & 25, 1963 at Gotham Studios, NYC
Digitally remastered 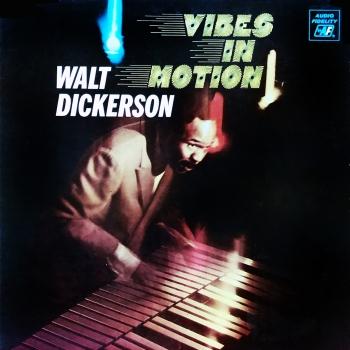 Walt Dickerson
made an impact when he first emerged in the early '60s -- he won the Down Beat Critic's Poll as New Star in 1962 -- but as the years passed he became much less visible. Dickerson graduated from Morgan State College in 1953. After serving in the Army from 1953-1955, he settled in California, where he led a band that included Andrew Cyrille and Andrew Hill. In his early-'60s heyday, Dickerson played the clubs on the New York scene. He worked with Sun Ra, recording Impressions of a Patch of Blue in 1965. Shortly thereafter, Dickerson retired from performing for nearly a decade and returning in 1975. In the years 1977-1978, he made the bulk of his recordings for the Steeplechase label, which included duos with Sun Ra, guitarist Pierre Dørge, and bassist Richard Davis. Also in 1978, Dickerson recorded in a quartet with pianist Albert Dailey. Dickerson was one of the few vibists to exhibit an awareness of free jazz techniques, though he was manifestly conversant in the language of post-bop. Although not heard as a leader on disc after 1982, Dickerson subsequently performed around his native Philadelphia; he died in Willow Grove, PA, of cardiac arrest in May 2008. (Chris Kelsey, AMG)