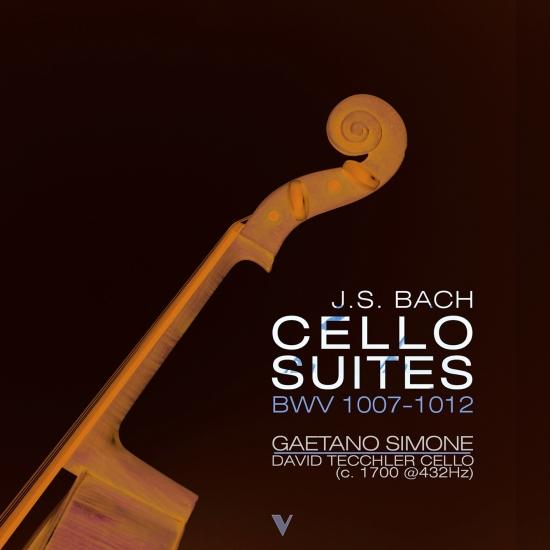 The six Cello Suites, BWV 1007–1012, are suites for unaccompanied cello by Johann Sebastian Bach. They are some of the most frequently performed solo compositions ever written for cello. Bach most likely composed them during the period 1717–1723, when he served as Kapellmeister in Köthen. The title given on the cover of the Anna Magdalena Bach manuscript was Suites à Violoncello Solo senza Basso (Suites for cello solo without bass).
As usual in a Baroque musical suite, after the prelude which begins each suite, all the other movements are based around baroque dance types; the cello suites are structured in six movements each: prelude, allemande, courante, sarabande, two minuets or two bourrées or two gavottes, and a final gigue.
Due to the works' technical demands, étude-like nature, and difficulty in interpretation because of the non-annotated nature of the surviving copies, the cello suites were little known and rarely publicly performed until they were recorded by Pablo Casals in the early 20th century. They have since been performed and recorded by many renowned cellists and have been transcribed for numerous other instruments; they are considered some of Bach's greatest musical achievements.
The Italian cellist and gamba violist Gaetano Simone tackles this important work with an original touch and a remarkable poetic vein. Gaetano plays an historical cello attributed to the factory of Tecchler (around 1700) playing at 432 Hz as a diapason.
The recording was made using 3 pairs of microphones inside the 'Eric James' Acoustic Room.
Gaetano Simone, Viola da Gamba 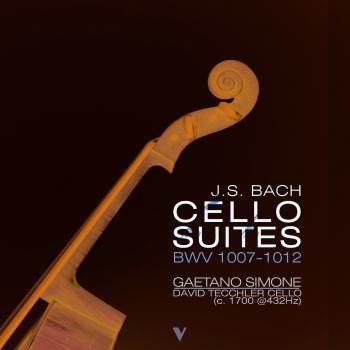 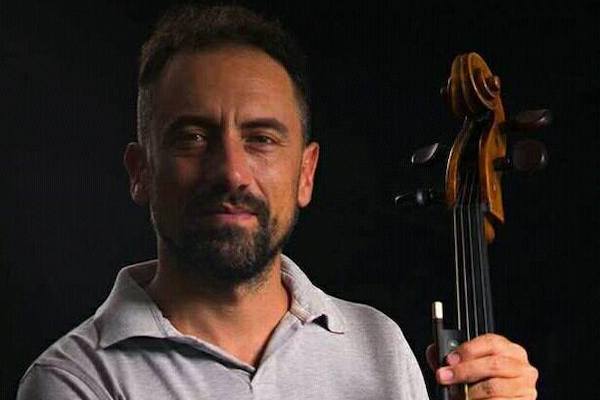 Gaetano Simone
Cello and Viola da Gamba player, is the co-founder of Trio Gioconda de Vito (stable ensamble of Paolo Grassi Foundation in Martina Franca) and of the Modus String Quartet (stable group of the Traetta Theater in Bitonto) , with whom he regularly performs in Italy and abroad.
He studied cello with Maestro Saverio Loiacono and also with the Maestri: Harvey Shapiro, Enrico Bronzi, Vito Paternoster, Francesco Pepicelli, Enrico Dindo, Massimo Macrì, Ivan Monighetti, Massimo Polidori, Nicola Fiorino, Tamas Varga, Olaf Maninger, Arto Noras , Antonio Meneses, Wolfgang Boettcher, Wen-sin Yang.
He studied Viola da Gamba with Maestri Paolo Pandolfo, Amélie Chemin, Vittorio Ghielmi and Sofia Ruffino.
His chamber music activity includes titles like Philip Trajetta's String Quartets, A. Rendano's Quintetto for strings and piano, O. Messiaen's "Quatuor pour la Fin du Temps", "Drei Kleine Stucke" for cello and piano by A.Webern.
Reaserching in historically practice of cello, in 2015 he released the CD "Le Muse Napolitane", a historical research in the 18th century Neapolitan repertoire for his instrument.
The activity and didactic research sees him intensely engaged in regular courses and international master classes with numerous students in order to spread the enthusiasm for music and cello among young people. He is the Artistic Director of Premio Loiacono - a humanistic cello prize, since 2018. ​
In 2017 he won the the competition for cello and ensemble music for teaching at musical high schools of Puglia with the highest score in national level. Nowadays he teaches cello at "Istituto Comprensivo Gallo-Positano” in Noci (Bari). ​
He plays a splendid Italian instrument from the 1700s attributed to David Tecchler and a fine Thielke model viola da gamba built by Sergio Gistri.