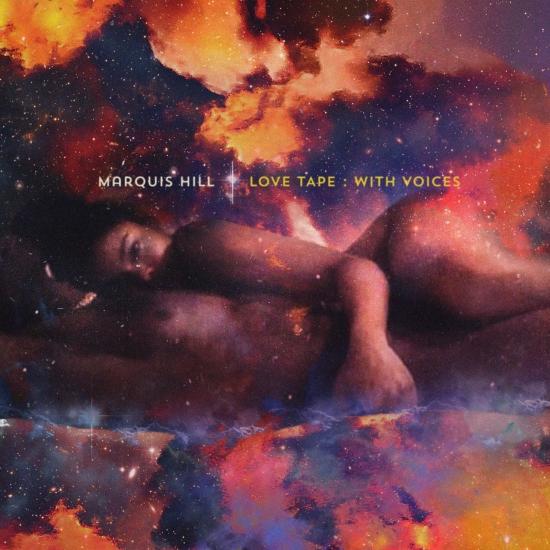 Info for Love Tape: With Voices

When trumpeter and composer Marquis Hill set out to record his eighth studio album he decided to tackle a theme repeated often in music: Love; in particular, self love. In doing so he assembled a collection of interviews of women sharing their perspective on the subject. For Hill, this resulted in further confirmation of a familiar adage: “Before you can love someone else, you must first love yourself.“ On Marquis Hill’s Love Tape, this rings true.
Marquis Hill, flugelhorn
Mike King, piano, keyboards, Fender Rhodes
Junius Paul, electric bass
Marcus Gilmore, drums
Special Guests:
Christie Dashiell, vocals
Josh Johnson, alto saxophone 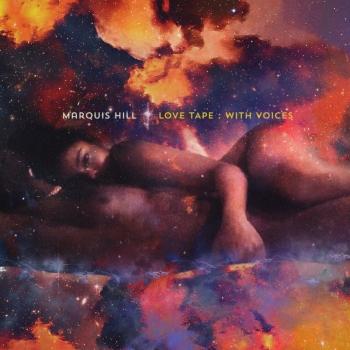 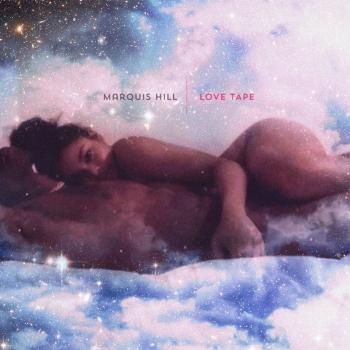 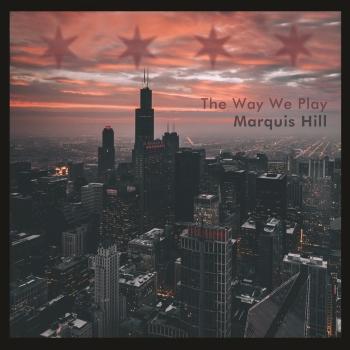 The Way We Play 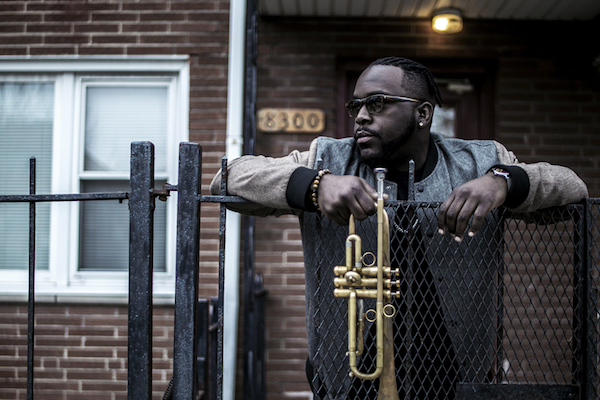 Marquis Hill
Chicago has long been a major jazz cradle. Ever since pioneers such as Louis Armstrong, Jelly Roll Morton, and King Oliver planted seeds of the music in 1917, the Windy City has birthed numerous jazz titans of various stylistic idioms, ranging from such swing stalwarts as Benny Goodman and Bud Freedman to such modernists as Muhal Richard Abrams, Jack DeJohnette and Herbie Hancock. You can now add 29-year-old Marquis Hill to the list. The New York Times described him as a “dauntingly skilled trumpeter,” and the Chicago Tribune asserts that “his music crystallizes the hard-hitting, hard-swinging spirit of Chicago jazz.”
Hill hones a warm, mellifluous tone on trumpet and flugelhorn with which he unravels sleek melodic passages that are as commanding as they are cogent. As a composer, he builds upon his distinctive sound to craft arresting originals that embrace post-bop, hip-hop, R&B and spoken word. After releasing four well-received discs on Skiptone Music – New Gospel (2011), Sound of the City (2012), The Poet (2013) and Modern Flows, vol. 1 (2014) – Hill raised his profile significantly by winning the 2014 Thelonious Trumpet Competition, which awarded him a $25,000 scholarship and a recording contract with Concord Records.
His enthralling Concord Records debut, The Way We Play will have featured Hill fronting his commanding ensemble, the Blacktet (altoist Christopher McBride, vibraphonist Justin Thomas, bassist Joshua Ramos, drummer Makaya McCraven and special guests Christie Dashiell, Vincent Gardner, Juan Pastor, and Harold Green III, respectively on voice, trombone, percussion, and spoken word). The Way We Play has captured Hill's uber-tasteful redress of standards, many learnt in formative years. Classics like Hancock’s “Maiden Voyage” and Monk’s “Straight No Chaser” have been joined by less known things like Carmell Jones’ “Beep Durple” and Donald Byrd’s “Fly Little Bird Fly." Always reverencing essence, Hill yet brought his lyrically postmodern groove to the material.
Music captured and cultivated Hill’s powerful imagination from very early on. While growing up in the Chatham neighborhood on Chicago’s South Side, he began playing drums in the forth grade but was soon wooed toward trumpet by his older cousin's practicing of the instrument. His introduction to jazz, fifth grade, was via attendance at Dixon Elementary. The school’s band director Diane Ellis gave him a Lee Morgan album, quickly igniting and lighting a strategic young pilgrimage. “I praise her a lot,” says Hill. “I listened to that Lee Morgan record and had my mind blown. Since that moment I’ve just been in love with this music.”
The next year, Hill met another musical educator who would have a profound influence – Ronald Carter. In addition to being the jazz director for Northern Illinois University, Carter also ran the South Shore Youth Program, a youth organization that took inner-city kids and paid them every two weeks to rehearse in a big band for five days a week and hold weekly concerts. Carter made such an indelible impression that he inspired Hill to attend Northern Illinois University (NIU) after attending Kenwood Academy High School. Hill graduated from the NIU in 2009 with a Bachelor of Arts in Music Education.
Hill also participated in the Ravinia Jazz Scholars, which afforded him the opportunity to learn under such established jazz artists as guitarist Bobby Broom, pianist Willie Pickens, and trumpeter Tito Carrillo. While still an undergraduate, Hill became one of Chicago’s most in-demand jazz trumpeters; he made noteworthy club dates with a host of the Chi-Town’s finest including saxophonists Von Freeman and Fred Anderson.
Hill’s formal musical education continued at DePaul University’s School of Music, where he earned a graduate degree in jazz pedagogy. Even as a recording artist, leading his Blacktet and appearing on recordings by such Chicago-based artists as singer Milton Suggs, saxophonist Ernest Dawkins, and bassist Matt Ulery, Hill maintained his involvement in music education by teaching at the University of Illinois in Chicago, Harold Washington College, the Birch Creek Music Performance Center in Egg Harbor, Wis., and the NIU Summer Jazz Camp.
In 2014, Hill moved to New York while still making numerous appearances in Chicago. Focusing on his solo career is paramount, but he’s still making waves as a sideman for internationally acclaimed artists such as bassist Marcus Miller and saxophonist Joe Lovano. Two years after winning the Monk Competition, Hill says that he’s still on cloud nine. “Winning that competition taught me to trust myself and keep working hard for what I believe in,” he says. “That experience taught me that I’m here for a purpose. So I need to keep pushing my music forward.”