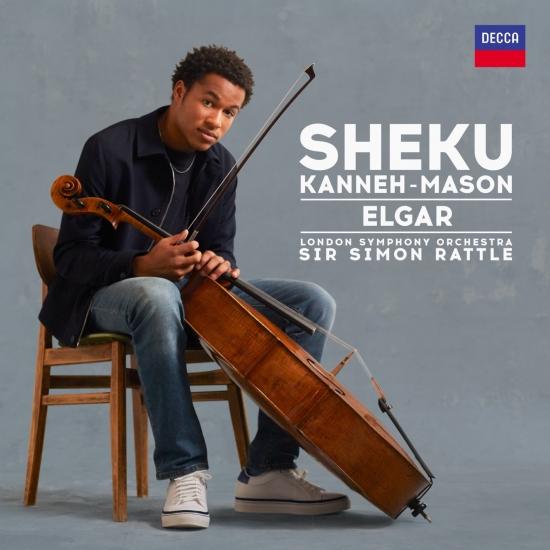 Award-winning cellist Sheku made history when his debut album, ‘Inspiration’, reached #11 in the Official UK Album Charts, and he was one of 2018’s biggest breakthrough artists across any genre. He has garnered huge critical acclaim for his performances with The Times describing him as “the world’s new favourite cellist.”
Now he is back with Elgar, a new album of works anchored around Elgar’s Cello Concerto – arguably the best-known work in the classical canon written for solo cello, which saw the 100th anniversary of its first performance this year. Armed with the inspiration of the 1965 recording by his heroine Jacqueline du Pré, Sheku recorded the concerto at the world-famous Abbey Road Studios in an illustrious collaboration with Sir Simon Rattle and The London Symphony Orchestra.
Sheku’s innate artistry and thoughtful approach to performing this iconic work are immortalised in this new recording, where nine exquisite pieces, some popular and some less well-known, which provide a musical context to the Cello Concerto. He explains: “All the pieces are connected, either exercising similar emotions to the Cello Concerto, or written around the same time.” They include a new arrangement of Elgar’s ‘Nimrod’, Klengel’s ‘Hymnus’ which was composed for 12 cellos, and Sheku’s own arrangement of beloved folk tune ‘Blow the Wind Southerly.’
Sheku has been on a whirlwind adventure since winning BBC Young Musician 2016 – performing at TRH the Duke and Duchess of Sussex’s wedding, playing at the BAFTAs, partnering with design icon Paul Smith, and winning two Classical BRIT Awards. He is currently an undergraduate student at the Royal Academy of Music.
Sheku Kanneh-Mason, cello
London Symphony Orchestra
Sir Simon Rattle, conductor