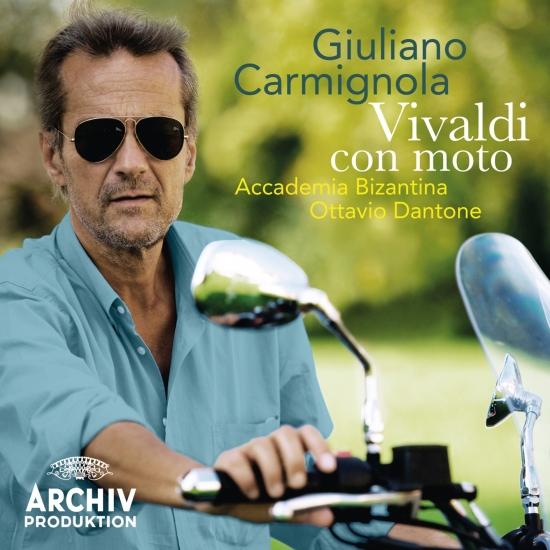 Despite the popularity of works such as The Four Seasons and La Stravaganza, many of Vivaldi’s 250 concertos for violin remain largely unknown.
The new recordings of the concertos RV 187 and 281 are based on Vivaldi’s original manuscript scores and capture the thrilling spontaneity of his compositional style. The concerto RV283 also includes a previously unpublished cadenza from the notebook of Vivaldi’s protégé Anna Maria.
Very much a man of the 21st Century, Giuliano Carmignola combines his passion for the baroque with his love of motorcycling, which he calls, “Vivaldi con moto - motion and emotion from a MOTOcyclist-musician.”
Internationally known as a harpsichord player and conductor of baroque opera, Ottavio Dantone has directed his Accademia Bizantina on many acclaimed recordings, including three albums with star countertenor Andreas Scholl.
'Giuliano Carmignola is a wonderfully accomplished player: with minimal use of vibrato, he phrases the melodic passages in an irresistibly expressive manner and performs the more challenging passagework with breathtaking precision and purity... an outstanding solo performance. The orchestral playing is certainly vivid... lovely solo playing and such inventive music... a firm recommendation.' (Duncan Bruce, Gramophone)
'...Carmignola has energy (and bow hair) to burn in this album of spirited violin concertos... These pieces contain white-hot fast movements, played with extraordinary dexterity and detail by Carmignola, and inventive slow movements that, even with the proscribed absence of vibrato, sport rich legato lines that may stick in your head for a while. The Accademia Bizantina, conducted by Ottavio Dantone, backs Carmignola with the exuberance of a punk band.' (Tom Huizenga, NPR Washington)
Giuliano Carmignola, violin
Accademia Bizantina Chamber Orchestra
Ottavio Dantone, conductor 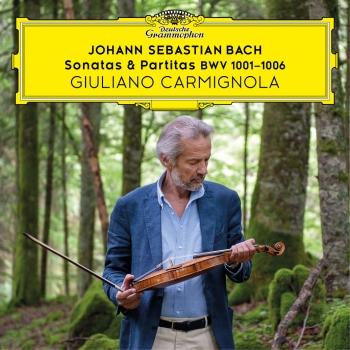 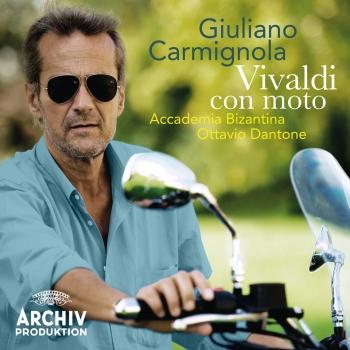 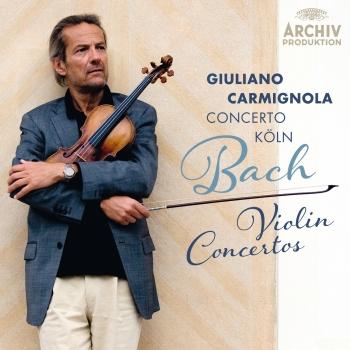 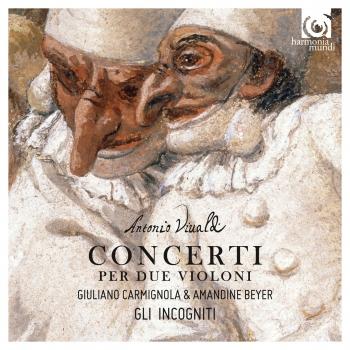 Vivaldi: Concerti per due violini 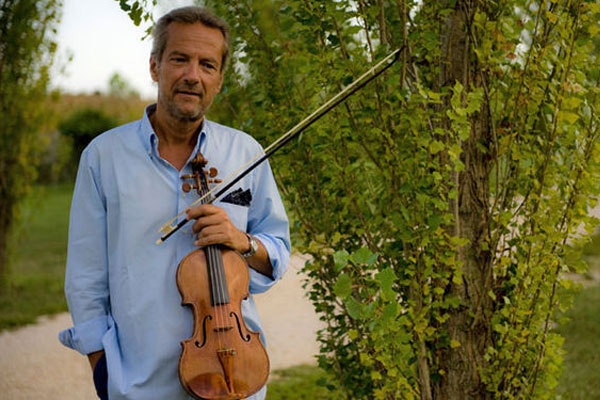 Giuliano Carmignola
born in Treviso, he studied with his father, then with Luigi Ferro and afterwards with Nathan Milstein and Franco Gulli at the Accademia Chigiana and Henryk Szeryng at the Geneva Conservatory. He began his career as a soloist under the direction of conductors such as Claudio Abbado, Eliahu Inbal, Peter Maag and Giuseppe Sinopoli, performing in prestigious concert halls.
He then collaborated with Umberto Benedetti Michelangeli, Daniele Gatti, Andrea Marcon, Christoph Hogwood, Trevor Pinnok, Franz Bruggen, Paul Mc Creesh, Giovanni Antonini and Ottavio Dantone. Significant was his collaboration with the Virtuosi of Rome during the ‘70s and later with the Sonatori della gioiosa Marca, the Venice Baroque Orchestra, the Mozart Orchestra, the Orchestre des Champs Elysees, the Basel Chamber Orchestra, Il Giardino Armonico, the Zurich Chamber Orchestra and the Academy of Ancient Music.
His recording has led him to collaborate with labels like Erato, Divox Antiqua, Sony and Deutsche Grammophon GmbH, with whom currently has an exclusive contract. His recording releases have won many important awards such as Diapason d'Or and Choc du Monde.
Among the most recent recordings, the concertos for two violins by Vivaldi with Viktoria Mullova and the Venice Baroque Orchestra, the complete Mozart concertos with Claudio Abbado and Orchestra Mozart and Haydn violin concertos with the Orchestre des Champs Elysees.