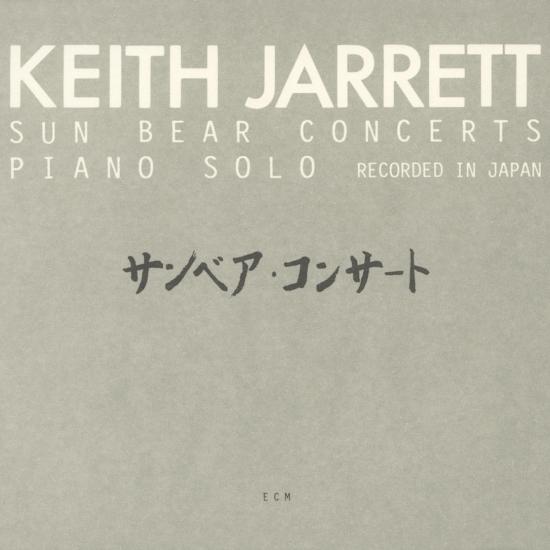 Sun Bear Concerts - documenting five complete solo performances by Keith Jarrett in Japan - counts as a milestone achievement in the history of jazz recording. As Down Beat wrote, on the occasion of the original release, Jarrett’s improvisations are “the inventions of a giant, overpoweringly intimate in the way they can draw a listener in and hold him captive. Jarrett has once more stepped into the cave of his creative consciousness and brought to light music of startling power, majesty and warmth.” Rich in incident and detail, the music in this beautifully produced, illustrated and presented ten-LP set, first issued in 1978, marked a giant step forward from The Köln Concert and revealed Jarrett as a player of limitless creativity, unique in his ability to find new forms in the moment, night after night. “These marathons showed Jarrett to be one of the greatest improvisers in jazz,” Ian Carr wrote in his biography of the pianist, “with an apparently inexhaustible flow of rhythmic and melodic ideas, one of the most brilliant pianistic techniques of all, and the ability to project complex and profound feeling.” The present edition is a facsimile of the original LP set, described by the late Haus der Kunst curator Okwui Enwezor as “part of ECM’s declaration of independence from standard packaging of jazz records. Setting itself apart in this way, ECM treated its recordings as works of art by musicians of the highest artistic and conceptual order.”
A work of art by any standards, Sun Bear Concerts brings together solo concerts in November 1976 in Kyoto, Osaka, Nagoya, Tokyo and Sapporo, in recordings made by Japanese engineer Okihiro Sugano and producer Manfred Eicher, who travelled through Japan with Keith Jarrett. The set’s book-form packaging, with design by Barbara Wojirsch, includes photographs by Klaus Knaup, Tadayuki Naitoh and Akira Aimi.
Keith Jarrett, piano
Digitally remastered