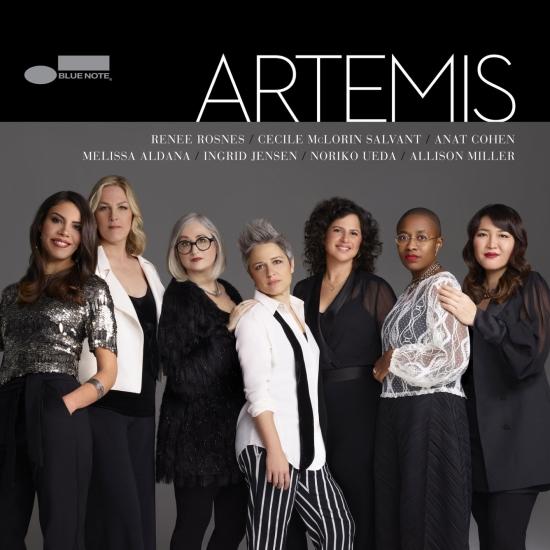 ARTEMIS is a supergroup comprising seven of the most acclaimed musicians in modern jazz. Featuring pianist and musical director Renee Rosnes, tenor saxophonist Melissa Aldana, clarinetist Anat Cohen, trumpeter Ingrid Jensen, bassist Noriko Ueda, drummer Allison Miller, and featured vocalist Cécile McLorin Salvant, ARTEMIS conjures a powerful collective voice. The group is distinctive not only for bringing together seven singular artists, each renowned for their own remarkable solo career; but for its multi-generational and globe-spanning line-up, with members hailing from the US, Canada, France, Chile, Israel, and Japan. The band’s self-titled debut album is a superb nine-song set that features material composed and/or arranged by each of the band’s six instrumentalists. ARTEMIS unfurls with a dynamic flow, stunningly eclectic yet entirely cohesive.
ARTEMIS 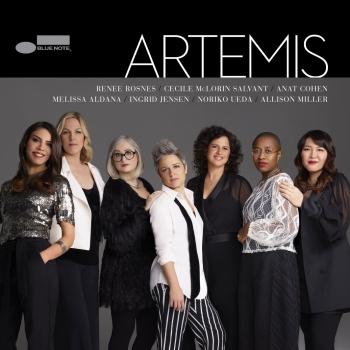 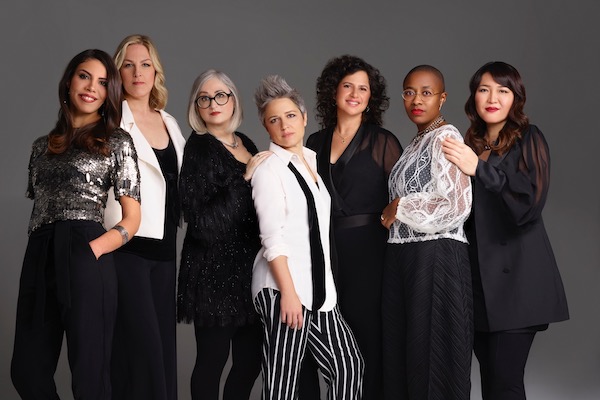 ARTEMIS
is a jazz supergroup featuring pianist and musical director Renee Rosnes, clarinetist Anat Cohen, tenor saxophonist Melissa Aldana, trumpeter Ingrid Jensen, bassist Noriko Ueda, drummer Allison Miller, and vocalist Cécile McLorin Salvant who will release their debut album on Blue Note Records in 2020. Each renowned for her outstanding solo work, the band members form an unparalleled international line-up hailing from the US, Canada, France, Chile, Israel, and Japan. The musicians first assembled for a European festival tour in summer 2017, and eventually named themselves after the Greek goddess Artemis who was the daughter of Zeus and Leto, the twin sister of Apollo, the patron and protector of young girls, and the goddess of hunting, wild nature, and chastity. ARTEMIS has been featured in Vanity Fair and on NPR’s Jazz Night In America, who broadcast the band’s tremendous 2018 performance at the Newport Jazz Festival.