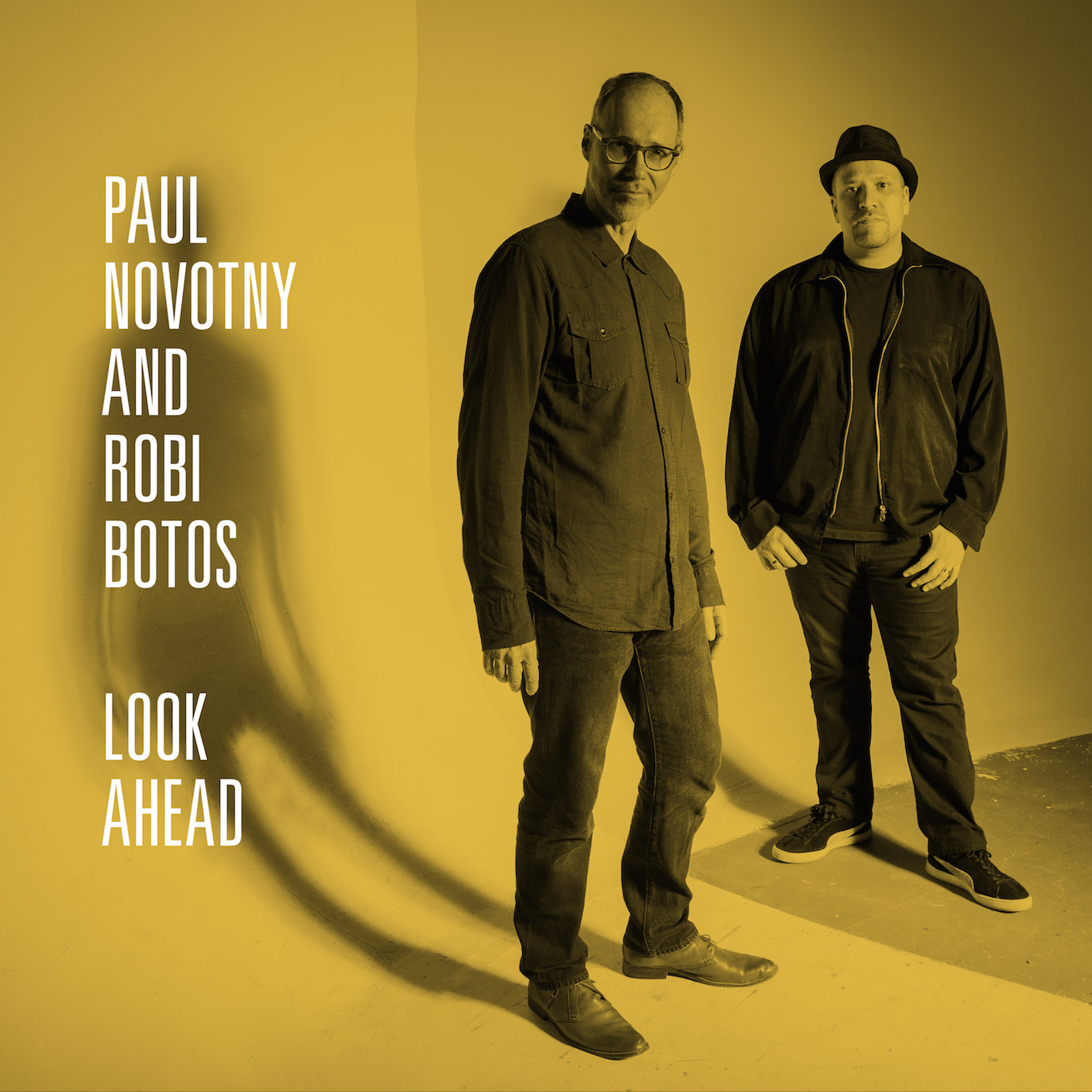 Info for Look Ahead

JUNO nominated Canadian bass player Paul Novotny and JUNO winning pianist Robi Botos, also the winner of the TD Grand Jazz Award at the 2012 Montreal International Jazz Festival, have come together to record their album Look Ahead, a joyous musical collaboration between two of the most in-demand jazz artists in Canada. Novotny has performed with jazz luminaries Cedar Walton, Geoff Keezer, Junior Mance, Jo Anne Brakeen and others, while Robi Botos has just released (2015) his own JUNO Winning CD, Movin ’Forward, with Jeff “Tain” Watt’s, Robert Hurst and Seamus Blake.
“Working with Robi was so natural and produced an embarrassment of riches,” says Novotny. “So many albums need editing to fix problems. This one required editing to present the jewels of the three days of recording.”
Look Ahead, features a number of standards including “My Favorite Things”1 and “A Nightingale Sang in Berkley Square,” as well as original tracks by both Novotny and Botos, whose composition “Budapest” pays tribute to his Hungarian birthplace. While Novotny was born in Canada, his parents are from Prague, and came to Canada in 1952, while Botos arrived in 1998. Even though the family’s arrival dates are 46 years apart, their stories are similar in that both families were fleeing persecution from hostile regimes. Canada showed its heart to both the Novotny and Botos families.
Novotny and Botos are musicians who make their music with deeply passionate melodic improvisations. In our current, ubiquitous and diverse musical landscape, it is rare to find new jazz that has an old soul, but still sounds fresh, yet timeless. Look Ahead does all of this, while presenting music in the acoustic context of an intimate chamber jazz space. Sonically speaking, 5.1 HIGHRESAUDIO customers will be immersed in a jazz performance that is richly present, and masterfully recorded at 96Khz/24 bit.
„What a treat it was to listen to LOOK AHEAD. Right from the first cut, A Gentle December Day, you are treated to a beautiful start into this masterfully executed album. I enjoyed it from both a musical and sonic perspective. The 5.1 mix makes you feel like it is a personal performance for you alone. The use of the sound field is beautifully done with an excellent recording of the piano and bass that sinks you into one of the best immersive jazz experiences I've had. This is the way all recorded music should be heard. Congratulations Paul and Robi. Anyone who loves Jazz should add this to their audiophile collection, and get to enjoy this as much as I did.“ (Frank Morrone Productions Inc., Los Angeles)
„Robi’s unique piano performance cradled in the foundation of Paul Novotny’s superb bass work give us a new sound to sit up and take notice of. Look Ahead is a musical conversation between two gifted artists that we the listeners are allowed to eavesdrop on. And when heard in 5.1 we get upgraded to VIP seats!“ This is the start of something wonderful! (Amin Bhatia, Film Composer, Toronto)
Paul Novotny, bass
Robi Botos, piano
Please note: this album is also available in 5.1 multi-channel at 96 kHz. 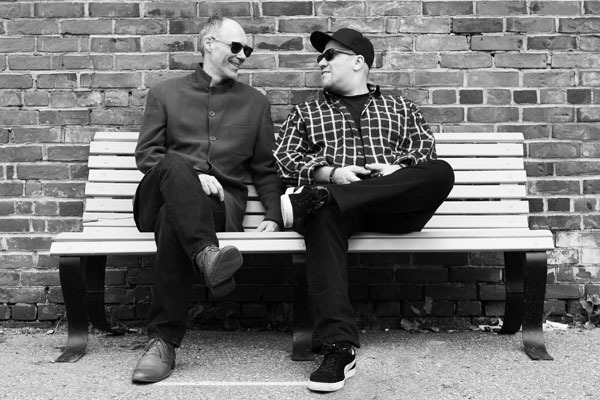 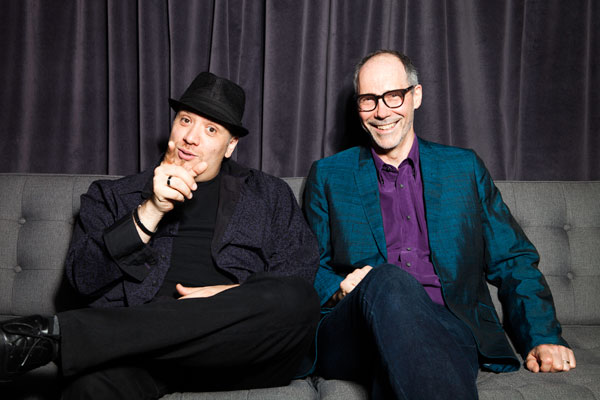 Paul Novotny and Robi Botos
were introduced in 1998 through a letter writing campaign intending to persuade the department of Canadian immigration to accept the Botos family as Canadian citizens. Paul was attuned to the difficulties facing the Botos family, since his own family settled in Canada after fleeing Prague in the late 40’s. In the years that followed Paul and Robi discovered their natural musical connection. In February of 2015 they recorded Look Ahead, a sublime and majestic duo performance, and are now set to perform concerts and clinics. Together, they are weaving a new musical fabric drawn from some great individual experiences.
Robi has performed with Branford Marsalis, Chaka Khan and Al Jarreau and won numerous international music competitions. He has opened for Wayne Shorter and Danilo Perez and continues to perform and record in commemoration of Oscar Peterson. Robi performs with Molly Johnson and his own latest group recording, which is a 2016 Juno award winner, featuring Jeff “Tain” Watts and Robert Hurst. Robi also wrote the score for A People Uncounted, a film that documents the struggles and the rich artistry of the Romani people. Robi has just completed music for the Canadian feature film, Jean of The Jonses, which Paul did with him, and Robi’s song Budapest, (from Look Ahead) has just been licensed for use in the film Mishka.
Paul has performed with Cedar Walton, Geoff Keezer, Junior Mance, Kenny Wheeler, Joe Sealy, Carol Welsman, Jackie Richardson, Holly Cole and others. As a composer for media Paul wrote themes for CBC National News, CBC The Hour with George Stroumboulopoulos and CBC News Now. Paul’s long time association with Joe Sealy has garnered 3 Juno nominations; their work together on The Africville Suite resulted in a Juno win and this recording is regarded as a substantial contribution to Canadian Culture.
Paul and Robi not play and create music together, for film and media, but they are also committed to sharing their unique stories and inspiring audiences through their duo clinics, concert performances and recordings.
Robi Botos is endorsed by Yamaha and Nord.
Paul Novotny is endorsed by Universal Audio and HHB Communications Canada.

Booklet for Look Ahead