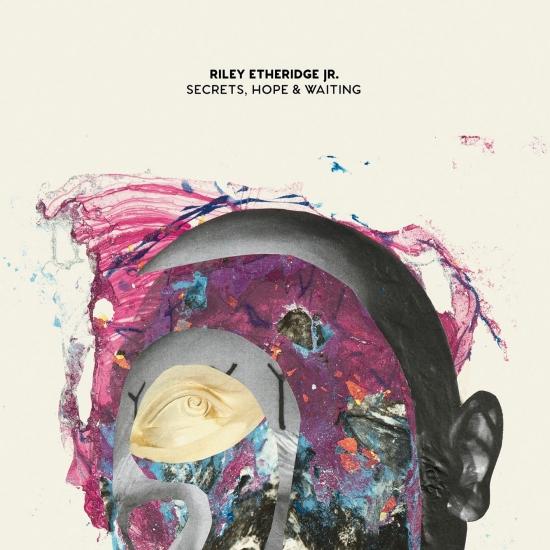 NYC-based Americana singer-songwriter Riley Etheridge Jr. will be releasing a new album, Secrets, Hope & Waiting, on September 9, 2016 via Rock Ridge Music (with distribution through ADA). In addition to the usual CD and digital formats, Etheridge also plans to release the album in a high-resolution audio version (96kHz/24-bit) through portals that distribute hi-res files. The album tells a story from multiple points of view, encompassing an eight-song travelogue (plus two alternate versions) that takes its listeners on an intimate, acoustic-oriented character journey that spans the course of three decades.
The sonic template for Secrets is quite an intentionally intimate one – minimalistic and sparse to let the mood and story shine. You’ll hear Etheridge’s chair move at the outset of the attempted soothing of “Hush,” how the delicate four-part harmonies mesh on the pleading of “Hoping & Waiting,” Simon Lott’s subtle toms and mallet work on the optimistic charge of “Everything You Wanted,” and the wistful wishfulness of the lead track “Like a Fool.” Overall, the very nature of the high-resolution recording itself, co-produced by Etheridge with longtime bandmate Larry Sieberth, makes you feel like you’re right there in the studio alongside Etheridge and his fellow musicians.
Secrets was recorded, mixed, and mastered at Esplanade Studios, located in a refurbished 1910 church in New Orleans owned by the album’s engineer, Misha Kachkachishvili. The album’s dimensionality directly stems from the highly personal Esplanade studio setting, reflected in the musicians’ collective interpretations of the Secrets song cycle. “I knew I wanted something we’d record in complete takes, with minimal isolation and full visibility,” says Etheridge. “We were all in a room playing together, and that natural room sound needed to be part of the listening experience. I wanted us to capture the beauty of creating face to face. It was the number one thing in terms of the mood I wanted. In the recording, I wanted the openness of spontaneity and interpretation in the moment.”
The multi-tiered viewpoints on display throughout Secrets are also mirrored in the album’s artwork, thanks to Derek Weisberg’s visceral, abstract sculptures as photographed by Shaun Roberts. “It was an intimate process of two different people’s perspectives of the underlying sculpture that started it,” explains Etheridge. “Now imagine going to see them at an art installation in a museum where you’d put on headphones and have a narrator discuss the images. But in this case, you’d have a high-definition listening experience with one specific song synced to that particular piece of art.”
Before going into the studio to lay down the tracks, Etheridge performed the songs live with Kenji Shinagawa, Melissa Tong, and Gary Frazier (who also played on the album). Getting that just-right live feel in the studio emerged from those onstage song tryouts. “One of the things about this process that I liked was performing these songs live before we tracked them,” Etheridge says. “Some of that growth happens only when you play a song in front of an audience and are willing to take chances. Some of my favorite moments have come from live onstage improvisation or when we’re backstage warming up.”
A South Carolina native, Etheridge spent many years living – and playing music – in Louisiana, soaking up the region’s unique and rich musical heritage; he now calls New York City home. With a catalog that deftly blends together a broad palette of authentic and finely crafted Americana, late-night blues, hard-luck folk, buoyant Bayou soul, and barn-burning country, Etheridge has released four prior albums (The Straight and Narrow Way – 2014, The Arrogance of Youth – 2012, Powder Keg – 2011, Things I Used To Know – 2009) and one EP (Better Days – 2012). As Innocent Words said of Etheridge, “…the NYC-based artist… has been carrying the smart Americana torch for some time.” Over the years, Etheridge has shared stages with a broad array of respected artists such as Ricky Skaggs, Sister Hazel, and Tony Lucca, and has embarked on repeat tour outings with Leon Russell in 2014, 2015, and 2016.
Riley Etheridge, Jr., guitar, vocals