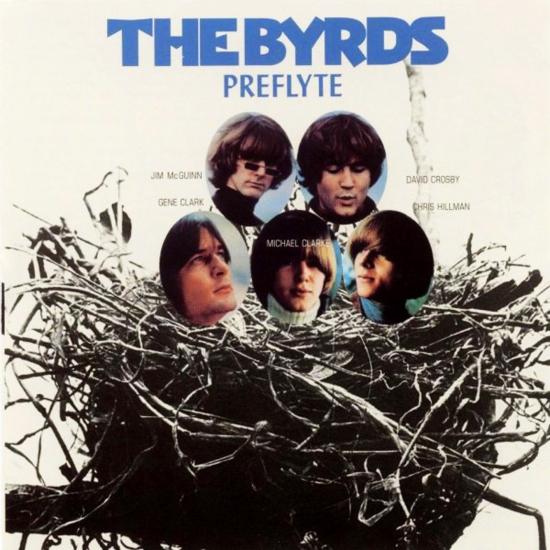 On November 10, 1964, The Byrds inked a deal with Columbia Records. Or more accurately, Jim (later Roger) McGuinn, Gene Clark and David Crosby signed to Columbia Records, with Michael Clarke and Chris Hillman officially joining the roster later. But before that auspicious major label signing, The Byrds’ bags were packed, pre-flyte, it was zero hour…and after that day, they were destined to be high as a kite…eight miles high. (Pardon the mixing of musical metaphors.) The band’s pre-Columbia days have been anthologized over the years almost as extensively as their “official” catalogue, with the earliest release coming in 1969 on Together Records, simply titled Preflyte.
"A blip in the Byrds' discography that could easily be missed, as all of the songs from these pre-Mr. Tambourine Man sessions are also found on the much more widely available In the Beginning. Byrds fans really need to track this down, though, because six of the 11 cuts are actually entirely different versions than the ones that appear on In the Beginning, and in some cases the differences are substantial. "You Showed Me," in particular, appears here in a bare-bones, almost acoustic version with a heart-wrenching Gene Clark vocal; this is the sound of the Byrds at their very birth in the nest. It's a matter of taste, but the takes of "She Has a Way" and "Here Without You" on Preflyte are clearly superior to the ones used on In the Beginning, though the arrangements are very similar. Originally released on the small Together label, this was reissued on Columbia a few years later; the Columbia pressing is much easier to find, can still be easily (and affordably) found in used stores, and has enough otherwise unavailable quality material to make the search worth the effort." (Richie Unterberger, AMG)
Jim McGuinn, lead guitar, vocals
Gene Clark, percussion, harmonica, guitar, vocals
David Crosby, guitar, vocals
Chris Hillman, electric bass
Michael Clarke, drums, percussion
Produced by Jim Dickson
Digitally remastered 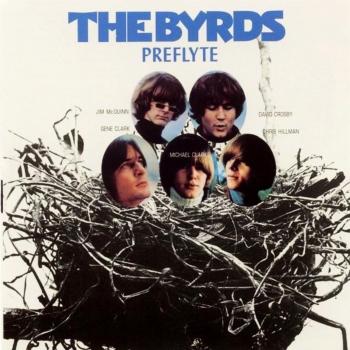