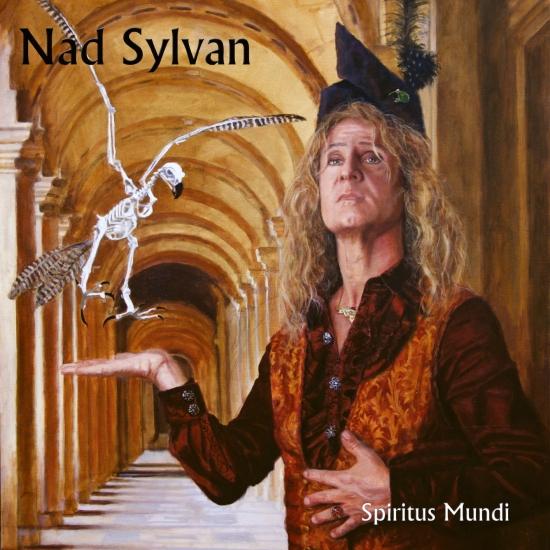 After the conclusion of the successful trilogy of albums following the tales of “The Vampirate” (2015’s Courting the Widow, 2017’s The Bride Said No, and 2019’s The Regal Bastard), vocalist Nad Sylvan was considering a different approach for his next project. A surprise collaboration on his last album would serve as the inspiration for his latest release, Spiritus Mundi.
“After I had finished my trilogy, I thought what should I do now? Well, a couple of years ago, a songwriter by the name of Andrew Laitres asked me if I could sing on a song he was working on. It ended up on my previous album The Regal Bastard as a bonus track called “The Lake Isle of Innisfree.” I was thinking I'd like to work with this guy again to see if we can come up with something together. So, I listened to some of his demos and I thought, why don't we develop these songs together into proper songs with great arrangements. I suggested this to him and he was in.”
The two had only met twice in person before, during the tours with Steve Hackett where Sylvan is the lead vocalist. Since Laitres lives in US in Vermont, and Sylvan in Sweden, they worked over the past year by sending files back and forth. "Andrew wanted me to sing on this stuff and was happy to do some backing vocals with the odd lead vocal here and there. He has a lovely, almost kind of Roger Hodgson from Supertramp kind of quality to his voice and that combined with my baritone voice I think makes a really interesting soundscape with us two together. Andrew is one of those very talented guys that doesn't have the right connections and doesn't have a proper record deal and I just recognized myself in him because I was in the same way for years and years.”
The album centers around the poems coming from Nobel Prize winning William Butler Yeats (1865-1939) and who Sylvan calls ‘one of the finest poets to come out of Ireland.’ The lyrics for “The Lake Isle of Innisfree” that I initially sang on the previous album are also from Yeats, so I just thought why not just use some really fantastic lyrics, so I don't have to write them this time. (laughs) It was just kind of nice not having to write the lyrics and focus solely on the music.” As for the meanings in the songs, Sylvan prefers to leave those up to interpretation. “Yeats had a lot of double meanings to his poems and I'm yet to find out some of those, but just the sound of the words and the meaning that I could grasp, I thought was absolutely wonderful.”
The album marks a shift musically from Sylvan’s previous outing focusing more on the lyrics and vocals in tandem with gorgeous orchestration and timely melodies. This can be heard from the onset of the album’s opening track “The Second Coming”, one of Yeats’ most famous poems, or in the track “To An Isle In the Water” which is performed with a few acoustic guitars, flutes and strings.
“If you compare it to my previous albums, the music is a bit more sparse, there’s more air. The whole album is based around my vocals and Andrews guitars spiced up with some orchestral stuff. I worked very hard on the vocals on this one. I would link bits together I thought really worked and then I would go back to them and do take another take on a word that could be more emphasized. I was even more meticulous with the vocals this time, down to the smallest breath due to the nature of the music.”
The album’s first single “You’ve Got to Find A Way”, is one of 2 bonus tracks on the album and is the only song that Sylvan wrote completely on his own. “It works very well with the record, but just because it isn't a Yeats lyric, I thought it worked best as a bonus track”.
Sylvan has always managed to cull together a notable cast of guest musicians for his album and this album follows suit. Tony Levin contributes his unique skills on bass to 4 tracks, while Jonas Reingold is also present on bass for one track. For drums, Sylvan targeted The Flower Kings drummer Mirkko DeMaio. And of course, Steve Hackett makes an appearance one track titled “To a Child Dancing in the Wind.”
While some of the mixing and mastering was done during the last year, writing and recording actually began in late 2019, before the world was shut down. Being off the road allowed for more time to mix and perfect every aspect. The result is a collection that Sylvan calls his best work.
“I'm so excited about its release. Anyone that has heard it just loves it. They think that this is my best album and I tend to agree. It’s a bit different than what I’ve done before and that’s a good thing.”
Nad Sylvan, vocals, keyboards, guitars, bass, drums, programming
Andrew Laitres, vocals, acoustic guitar, keyboards
Tony Levin, bass
Steve Hackett, acoustic guitar
Neil Whitford, electric and slide guitar
Jonas Reingold, bass
Mirkko De Maio, drums, congas
Steve Piggot, electric guitare
Kiwi Te Kanna, oboe, flute
Please Note: We offer this album in its native sampling rate of 48kHz, 24-bit. The provided 96kHz version was up-sampled and offers no audible value! 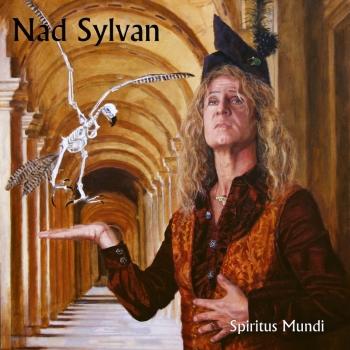 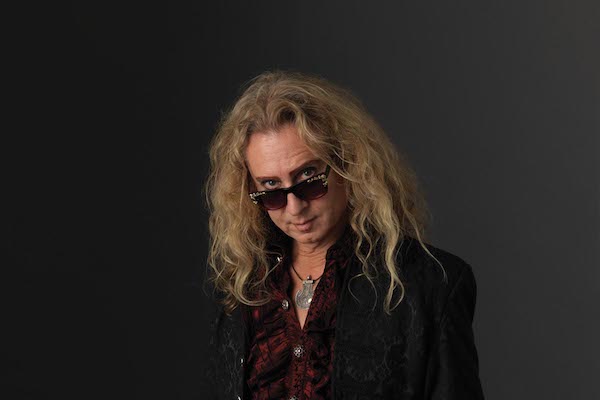 Nad Sylvan
was born on June 4, 1959 in West Covina, California to American tennis star, Hugh Stewart, and Swedish beauty, the Gothenburg girl Agnete Sylvan. The family moved to Sweden in November of that year but the marriage didn't last very long. Nad was raised in Malmo, Sweden, by his grandparents for the first ten years of his life. Then came a move to Stockholm with his mother, where he remained until he purchased his own home in Uttran, a small rural community some 30 k south west of the capital, in 2007.A self-taught musician, Nad began playing the piano at the age of four and started composing almost immediately. His first performance at age eight ended very suddenly with Nad fainting over the keys from sheer nervousness – a very dramatic finale.Nad was already a great singer and performer by the age of 15, and was asked to front the band, Envoys, in 1975. The other band members were 10 years and more older than Nad.Then one fateful day when Nad was 16 years old, he heard the music that was to change his life. "I was working in a record shop at the time and one of my coworkers put on an album that had just arrived. It was "The Lamb Lies Down on Broadway". “It was mind blowing... I couldn't believe what I was hearing. It was the music that hooked me, had me under its spell if you like, from the very start. It was a massive soundscape... complex yet accessible. A huge musical world just seemed to open up right there and then in the shop. It really made me sit up and listen. It was like nothing I'd ever heard before. Even though I didn't get the lyrics because my English wasn't good enough then, that was when I fell in love with the music of Genesis." Nad’s English improved, and his love of Genesis grew.Then came Attacus, a Prog Rock band with a Genesis feel, that Nad joined when he was 17 as lead singer and keyboard player. The band was re-named Avenue and in 1979 they cut a single. Nad was writing a lot of music by that time, and wrote the song, “Mr. Marmaduke and the Minister”, a song which would later appear on the Unifaun album.Nad worked with various musicians and bands over the next several years, including ABBA's Michael B.Tretow and Rednex, and continued to write songs, hoping to come up with a “hit”, but never quite being in sync with the genre of the era. Nad started hitting the Genesis forum site on the internet in 2003. The site was full of interesting people, and it became apparent that there were thousands of people around the world who were disillusioned with the current music scene, and who were looking for something more musically fulfilling. Nad made contact with Bonamici, and they began chatting over the net. Bonamici also lived in Sweden, and they soon came up with the Unifaun project. This project took over four years to complete, and was released in 2008 as a tribute to Genesis.The Unifaun project caught the attention of Roine Stolt, of the Flower Kings and Transatlantic, and he joined with Nad to form Agents of Mercy. Roine knew Steve Hackett very well, but it was Steve’s tour manager, Brian Coles, that first made contact with Nad. Shortly after, an email arrived in Nad’s inbox: “Hi Nad, this is Steve Hackett.” He soon found himself working on the Genesis Revisited II project.Nad's first chance to sing with Steve came at two big festivals, first in the Isle of Wight and then Germany. What followed from those two gigs was an invitation to the album’s launch in London and then the world tour.Nad says the response from his fans has been overwhelming in the nicest possible sense, but very humbling, too. “I feel that they've taken me to their hearts in some respects and so in turn that's how I sing. I guess that's why I've been singing the way that I have. It comes from the heart, I can assure you of that. I don't want them thinking that it doesn't matter to me, as nothing could be farther from the truth. I genuinely want to give my all for them, the fans who've been so very kind to me. It's the least I can do."