Between the Breaks…Live! (Remastered) Stan Rogers 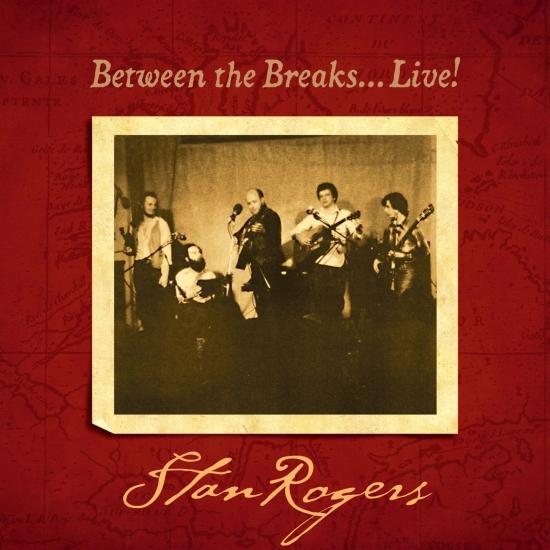 Info for Between the Breaks…Live! (Remastered)

The thing that immediately struck me on listening to these albums is the extraordinary quality of the recordings. They could have been recorded a week ago, they are so clean and immediate. In fact my first thoughts were to look at the sleeve and think to myself, “Stan Rogers, I thought he was dead…” And of course he died in 1983 at the stupidly young age of 33 in an aeroplane fire on his way home from a folk festival. Fortunately, he had already made a name for himself and for the Canadian experience. It was equally fortunate that he had already recorded four classic albums.
The second and third of five of Rogers’ albums to be remastered, they have been carefully packaged and include his original liner notes. Contributors to the newly written notes that accompany the re-releases include Rogers' widow Ariel.
His influence continues: both of the previous two CDs I reviewed for Living Tradition include a song found on these albums. Do the CDs give any clue as to why? His rich, baritone voice? The exemplary – interesting yet uncluttered – arrangements? His ability to tell a good yarn, whether of his own or of others? Whether singing an Archie Fisher composed love ballad (Dark-Eyed Molly) or his own song about the difficulties of songwriting (Song Of The Candle) or the even tougher life of a fisherman (The Jeannie C) his singing is brutally honest and passionate.
The live set – recorded at the Groaning Board Folk Club in Toronto in April 1979 – powerfully captures the excitement of his live performances. It begins with a stirring version of The Witch Of The Westmorland and moves straight into an a cappella Barrett's Privateers, followed by the thought-provoking First Christmas, which acts as a pause for thought. But the energy, the vigour, the excitement – look no further than The Mary Ellen Carter – is palpable. And all human life is here – there is even a bit of light relief with a song for the poor office worker, The White Collar Holler, by an early guitar partner, Nigel Russell.
Recorded in Toronto in 1978, this live album captures the energy of Stan’s live performances and includes songs premiered in this live session.
Stan Rogers, 6 and 12-string acoustic guitar, vocals
Garnet Rogers, violin, flute, vocals
David Alan Eadie, electric bass, penny-whistle, vocals Guests:
Grit Laskin, long-necked mandolin, concertina, Northumbrian smallpipes, vocals
Curly Boy Stubbs (Paul Mills), acoustic guitar, vocals
Produced by Paul Mills
Digitally remastered