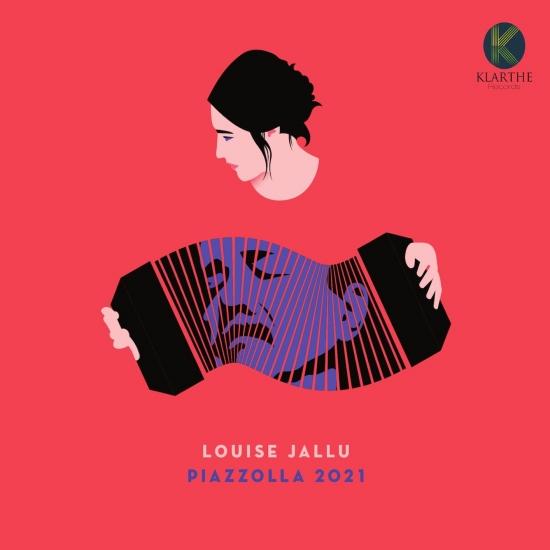 Many tributes have been paid to the master of tango nuevo, whose centenary of his birth we celebrated in 2021. Far too few have matched the level of excellence of the musician himself, a monument in his own lifetime.This is the Himalayan peak that Louise Jallu dared to climb with all her youthful glib. The bandoneon player has been flanked by two men of experience : Bernard Cavanna, co-creator of the bandoneon chair at the Gennevilliers music conservatory, and the astounding pianist Gustavo Beytelmann who had the good fortune of playing alongside Piazzolla. The two of them know quite well that before they can measure themselves against the one who was both a renovating visionary of tango they had to stay the course that offers them the chance to soak up the essential ambivalence of Piazzolla : drawing from the deepest well of tradition to find hitherto unexplored paths.
The deeper we dive into Piazzolla’s music, the more aware we become that we must give up the obvious and search within his ‘secret engine’ – this secret engine with its articulations, its breaks in rhythm, its constantly stretched and extended melodies - for new spaces, for other possible spurts forward – even if it means getting lost in its meanderings. Deep down, we don’t actually know where it will lead us,” warns Louise Jallu has wisely chosen to use as her magnifying glass, as her knife at times, she tackles a dozen pieces written by this peerless melodist.
Oblivion, Buenos Aires Hora Cero, Soledad, Adiós Nonino, and of course Libertango are on the menu in this album. The French lass here chooses not to play the revival card, preferring instead to break away from the original. This means : in the spirit of, never to the letter of.
“If you’re aiming to bring something new, you need to do something else. You seize his music as if it were a classic, then you take it another direction.” Far from being a feeble simulacrum, Louise Jallu takes a vivifying tack that is as scrupulous as it is critical, slowing the tempo, clearing new harmonic pathways, reformulating the melody. In a nutshell, Louise adds her own commentary, much like footnotes gracing the bottom of a page, even if she takes the bias of a certain irreverence in order to prove her deference to the Argentine all the better.It all has to do with perfectly matching the singular post modernity that infuses this body of work. This is the sweet spot, the only spot, where a pertinent re-reading of this master happens and clichés can be eluded, provided you know how to listen between the lines. An accentuation here, a finely composed tempo there. Further ahead, a beat with a swing, a frequency-freeing modulation, a superposition of background sounds, so many reconstructions brimming with promises for tomorrows of handiwork. Louise Jallu knows how to capitalize on the full arsenal of creative potentials within the weft of the original scores. Using them much like the obliques etched by her quartet (violinist Mathias Lévy, keyboardist Grégoire Letouvet, double bassist Alexandre Perrot), the extraordinary bugle played by the iconoclastic Médéric Collignon. An emblematic presence, a ghostly shimmer offering a splendid improvisation before returning to those few keys on the electronic keyboard. Its echo reverberating well after it has ceased. As if this were tobe expected.
Louise Jallu, bandonéon
Mathias Lévy, violin, electric guitar
Marc Benham, piano, synthesizer
Alexandre Parrot, double bass
Médéric Collignon, bugle
Gustavo Beytelmann, piano 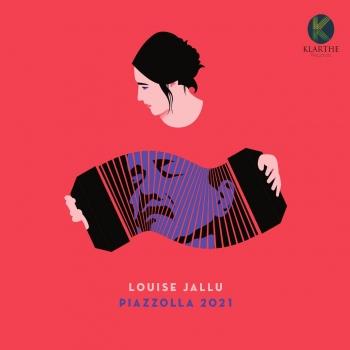 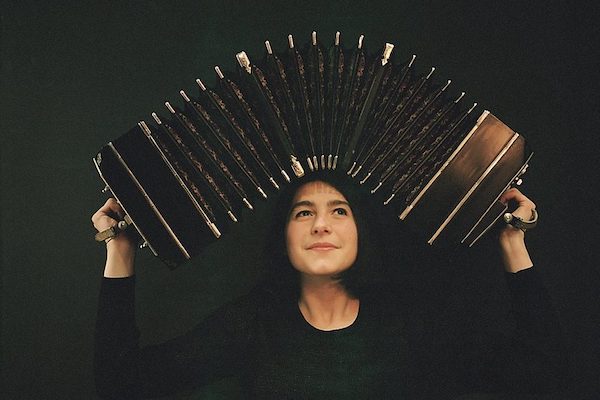 Louise Jallu
With over twenty years of squeezing out music on the bandoneon, but still quite young, Louise Jallu can legitimately be considered an accomplished musician. Granted, she began playing at the age of five and attended the highly-reputed music conservatory in her home town of Gennevilliers, France. She grew up in a family of music lovers who listened to Monk, Bartók, and Piazzolla. The conservatory, founded by Bernard Cavanna, kindled her thirst and curiosity for the varied world of music. Plowing the rich soil of tango turned passion into profession. During her years of apprenticeship, she benefited from lessons from great peers, musicians known as the finest experts. This included the likes of César Stroscio and Juan José Mosalini who grounded her in the fundamentals, leading her to craft her own sound within the cenacle of tango. Knowing its history and mastering the instrument, she has eschewed the panoply of tools of any mere copyist.
Moved by a gift of ubiquity, she cultivated her urge to experiment all the while resolutely anchoring herself in a long tradition. This is how Louise Jallu gradually refined her fingering technique, sharpened her compositional skills, and affirmed her expressiveness both in instrumental performance and in musical composition. Despite having had many mentors, musicians such as Anibal Troilo, Astor Piazzolla, Máximo Mori, and Dino Saluzzi, the young woman’s own personality shines bright and unique in this milieu long known for its machismo. Times are changing, and we can hear it. Before she had even reached legal age, music diploma in hand along with second prize trophy from the solo bandoneon category of the International Accordion Competition in Klingenthal, Germany, Louise was busy creating her own ensemble, the Louise Jallu Quartet. Meanwhile, she continued playing in all sorts of other musical collaborations, such as with the Greek singer Katerina Fotinaki, with Sanseverino, with jazz musicians like Claude Barthélémy, Claude Tchamitchian, and let’s not forget the Argentine aesthete Tomás Gubitsch.