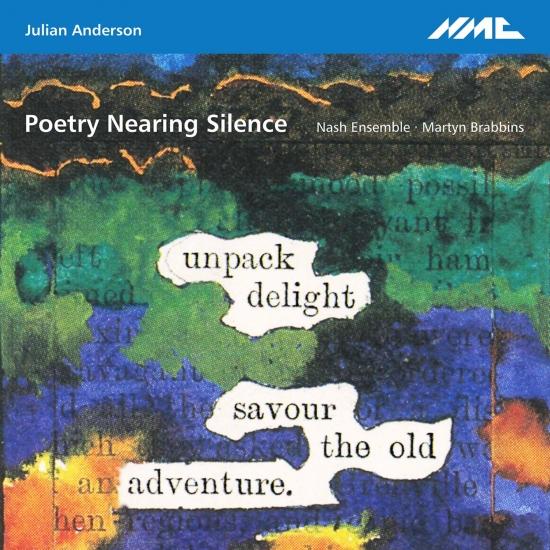 Christopher Dingle writes: 'Julian Anderson’s music is hard to pin down. It belongs to no school, aesthetic construct or neat-ism. Anderson’s music overflows with a richness and plurality of technique, expression and sheer sound, from abstract noise to throbbing euphony, dissonance to consonance, diatonic modes to twelve-tone harmony, and many shades in between. Yet there is also remarkable precision amidst the exuberant abundance of material, not just in the passages of deceptive simplicity, but also in the most whirligig hubbub of textures with natural or microtonal tunings, for Anderson’s exceptional compositional craft and formidable ear enable his personality full expression.'
This album focuses on Anderson's chamber music. The earliest piece, Ring Dance, written in 1987 and the most recent, Van Gogh Blue, in 2015. Three of the works on the album, Poetry Nearing Silence, Prayer and Van Gogh Blue, were originally composed for the players of the Nash Ensemble, one of the leading chamber ensembles and champions of British new music.
Anderson is a master of evocative titles. Van Gogh Blue is inspired by numerous letters from the artist to his brother Theo. The colour blue was a particular and now famous obsession of his. The Bearded Lady reflects of the story of Baba the Turk, Ring Dance is influenced by the timbre of the Hardanger, a resonant Norwegian folk fiddle. The album title track Poetry Nearing Silence – a suite in eight movements – is inspired by an unusual book of drawings and poems by the artist Tom Phillips entitled The Heart of a Humument.
Also on the album are two related solo works, Prayer for viola (Lawrence Power) and Another Prayer for violin (Benjamin Nabarro).
"Anderson’s Poetry Nearing Silence compellingly meditates on Tom Phillips’s book The Heart of a Humument, while another ensemble work, the touching Van Gogh Blue, looks to the theory of the Dutch master’s murder. In five pieces for different soloists, Anderson responds equally brilliantly to wider-ranging external stimuli." (Sunday Times)
Benjamin Nabarro, violin
Michael Gurevich, violin
The Nash Ensemble
Martyn Brabbins, direction 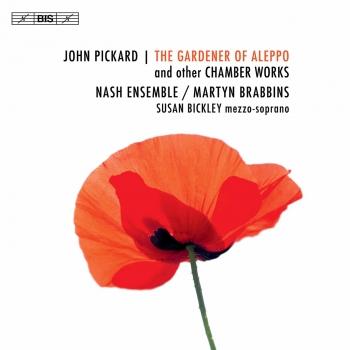 John Pickard: The Gardener of Aleppo & Other Chamber Works 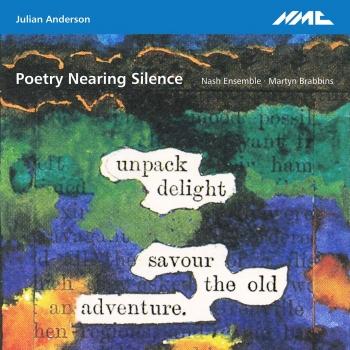 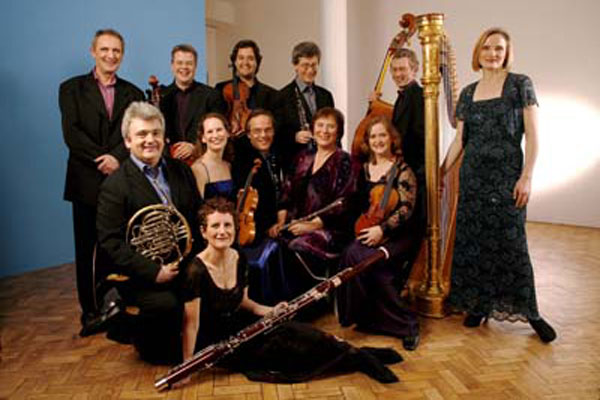 The Nash Ensemble
has built up a remarkable reputation as one of Britain's finest chamber groups and, through the dedication of its founder and artistic director Amelia Freedman and the virtuosity of its players, has gained a similar reputation all over the world. The repertoire is vast and the imaginative, innovative and unusual programmes are as finely architectured as the beautiful Nash terraces in London from which the group takes its name. Not that the Nash Ensemble is classically restricted; it performs with equal sensitivity and musicality works from Mozart to the avant-garde, having given first performances of over 255 new works to date. These include 150 commissions especially written for the Group, providing a legacy for generations to come. An impressive collection of recordings illustrates the same varied and colourful combination of classical masterpieces, little-known neglected gems and important contemporary works.
The Nash makes many foreign tours: concerts have been given throughout Europe and the USA, and in South America, Australia and Japan. The group is a regular visitor to many British music festivals and can be heard on radio, television, at their renowned annual series at Wigmore Hall as well as at the Southbank Centre and the BBC Proms, and at music clubs throughout the country. The ensemble has won the Edinburgh Festival Critics' music award 'for general artistic excellence', and two Royal Philharmonic Society awards in the small ensemble category 'for the breadth of its taste and its immaculate performance of a wide range of music'.
Martyn Brabbins
Artistic Director of the Cheltenham International Festival of Music 2005-2007, he was Associate Principal Conductor of the BBC Scottish Symphony Orchestra 1994-2005. He is Principal Guest Conductor of the Royal Flemish Philharmonic, a position which started in September 2009. After studying composition in London and then conducting with Ilya Musin in Leningrad, his career was launched when he won first prize at the 1988 Leeds Conductors' Competition. Since then Brabbins has regularly conducted all the major UK orchestras and is much sought-after in Europe, notably in Germany, Holland, Belgium and Scandinavia.
Brabbins’ symphonic engagements have included appearances at London's South Bank in subscription with the London Philharmonic and Philharmonia orchestras, his Tokyo debut, with the Tokyo Metropolitan (where he returns in 2011); and visits to the Netherlands Radio Chamber in the prestigious Matinee series, the Residentie Orkest, Salzburg Mozarteumorchester and Lahti Symphony. He is a regular guest with the City of Birmingham Symphony, Halle and BBC Philharmonic orchestras, and appears several times each season with the BBC Symphony and BBC Scottish Symphony orchestras in subscription and at the BBC Proms.