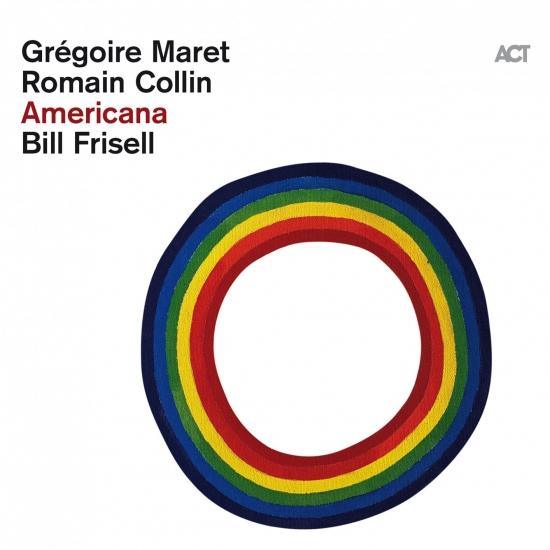 Harmonica virtuoso Gregoire Maret and acclaimed pianist Romain Collin team up to paint an egalitarian vision of the American Dream, exploring the varied roots of American music alongside guitar visionary Bill Frisell.
“Americana” represents an exciting collaboration between two prodigious musicians: harmonica great Gregoire Maret, and acclaimed pianist Romain Collin. Grégoire Maret is a phenomenon and a master musician. He is a virtuoso with a vivid imagination and a sublime way of giving shape to a melody. Collin, meanwhile, has been described by NPR as “a visionary composer, an extraordinary jazz pianist” and by the Boston Globe as being “among the leading lights of a new breed of players”. Upon meeting each other in New York, the two musicians bonded over a shared love of jazz, song and pure melody. Together they embarked on a project which would explore the musical depths of the American soul. They turned to the uniquely great Bill Frisell to help forge a connection between American songwriting and the high art of instrumental playing. In this musical world, vast soundscapes co-exist with epic stories.
Born and raised in Switzerland, Maret has been a NYC resident for the past 20 years. "My mother is American, born in Harlem, and has bequeathed me the legacy of Afro-American culture. I see myself as a bridge between two cultures: European and Afro-American”. Maret has been a significant figure on the New York scene, playing alongside Pat Metheny and Herbie Hancock. “This new album is the result of personal cultural experiences.” Maret and Collin chose to call this project “Americana". They explain: “ ‘Americana’ is at the intersection of folk, country, blues, R&B, gospel and bluegrass. The essence of this project is to take an inclusive attitude to all of the roots of American music and culture." France native Collin has become an established presence in the US. Appreciated by the likes of Herbie Hancock and Wayne Shorter, Collin has evolved a distinctive aesthetic, integrating electronic sound design with lyrical piano improvisations. On guitars, the duo enlisted the services of one of the great creative minds of the instrument: Bill Frisell's singing, lyrical timbre on both the electric and acoustic guitar is unmistakable, always marked by his own personal metamorphoses of bluegrass, country and blues and by his profound knowledge of the philosophy of songwriting. Dummer Clarence Penn also makes a fine, incisive contribution.
The Americana trio’s journey starts with a surprise: the composer of "Brothers In Arms" is not actually American at all. And yet Scottish-born Mark Knopfler proved with Dire Straits that his way of internalizing the myths of American history is not just skillful but also highly persuasive. Maret and Collin pare back his 1985 hit to its essence. It is simple, spacious and highly affecting. From his immense body of work, Bill Frisell has contributed two compositions, "Small Town" and "Rain, Rain": the first of the pair emerges as a bewitching folk song in miniature, with rustic-dry banjo and wistful mouth organ, and the second song hovers with a hymn-like poise over the melodic web of guitars, piano and harmonica. This ensemble also pays homage to one of the great songwriters, Jimmy Webb. His "Wichita Lineman" gains even more spatial depth in this slowed-down instrumental version, the soul of the railwayman almost sings in Maret's heart-rending improvisation. The group also honors Justin Vernon (alias Bon Iver), an Americana representative of the hipster generation, in "Re: Stacks". Here Maret gives encouragement to a broken heart for a new chapter in life, surrounded by a glistening array of textures sculpted by Frisell, and supported by Collin’s electronic loops and synth bass.
Maret and Collin have also brought the essence of Americana in their own compositions: Romain Collin portrays the wine-growing region of California in "San Luis Obispo", a song from his 2015 ACT release Press Enter, beautifully revisited with Frisell and Maret stating the melody with total persuasiveness. Maret has succeeded in creating a slow 6/8 song named “Back Home”, which is as proud as it is heartfelt. A composition Clarence Penn underscores with his discreet brushwork and in which Maret soars to an almost exuberant triumph before bringing the track to a calm close. "The Sail", on the other hand, heralds a new departure: the piano alternates with the harmonica to create a sweeping dramaturgy, sometimes thoughtful, sometimes resolute. And in their joint final piece "Still", Maret and Collin have the opportunity to reflect and meditate on their American journey.
“Wherever Gregoire Maret stands, whenever he lifts his instrument to his lips, the room and all its inhabitants are immediately transformed, we are transported with a sweet yet powerful intensity to a higher plane.” These are the words of high praise which Grégoire Maret once received from Cassandra Wilson, with whom he has worked for many years. This is also a particularly apt way to describe the soulful and life-affirming “Americana”.
Grégoire Maret, harmonica
Romain Collin, piano, Moog Taurus, pump organ & additional effects
Bill Frisell, electric guitar, acoustic guitar & banjo
Clarence Penn, drums 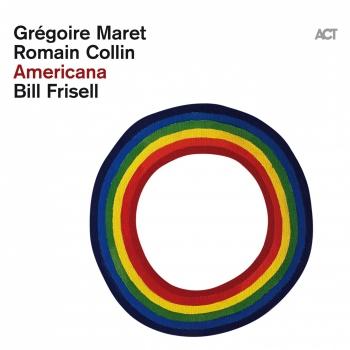 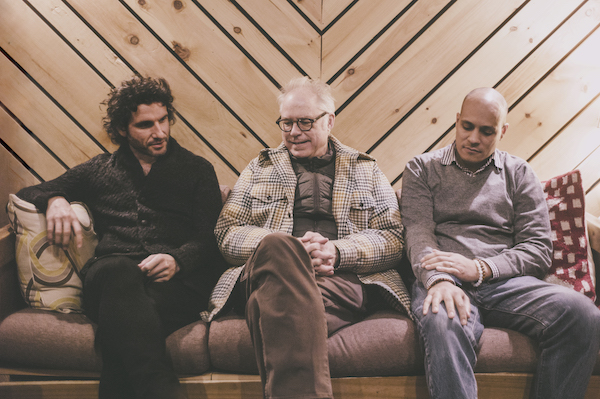