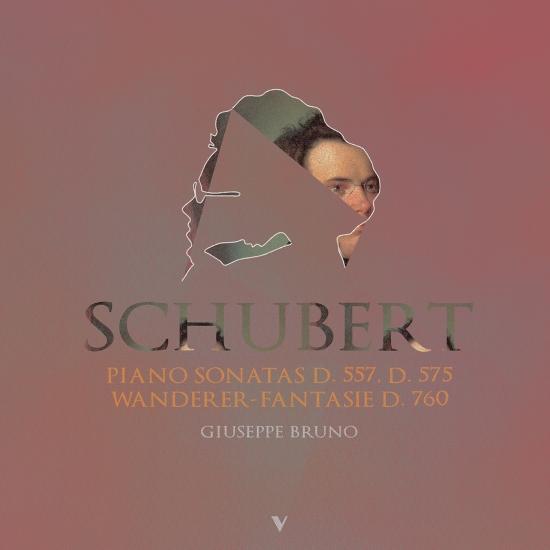 Franz Schubert's Piano Sonata in A-flat major D 557 was composed in May 1817. The work is relatively short and a performance takes somewhat between 10 and 15 minutes. The sonata is cheerful and uncomplicated, and carries remembrances of Mozart and the Baroque era. The fact that the last movement is in the key of E-flat major rather than the tonic key of A-flat major is evidence in favor of Schubert possibly intending to add a fourth movement, although the extant third movement has much of the character of a finale.
The Piano Sonata in B major D 575 by Franz Schubert is a sonata for solo piano, posthumously published as Op. 147 and given a dedication to Sigismond Thalberg by its publishers. Schubert composed the sonata in August 1817. Daniel Coren has noted that the first movement of this sonata is the only such movement in Schubert's sonatas where the recapitulation is an exact transposition of the exposition.
The Fantasie in C major, Op. 15 (D. 760), popularly known as the Wanderer Fantasy, is a four-movement fantasy for solo piano composed by Franz Schubert in 1822. It is widely considered Schubert's most technically demanding composition for the piano. Schubert himself said "the devil may play it," in reference to his own inability to do so properly.
Italian pianist Giuseppe Bruno continues his exploration of Schubert’s complete piano works.
The recording was captured by two Brüel & Kjaer microphones by sound engineer Alessandro Simonetto.
Giuseppe Bruno 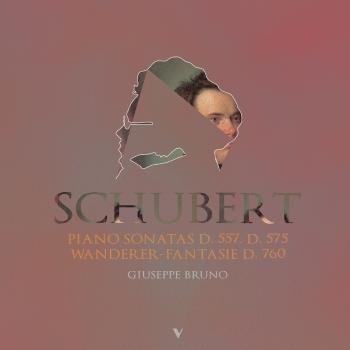 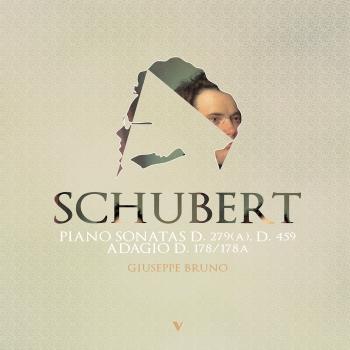